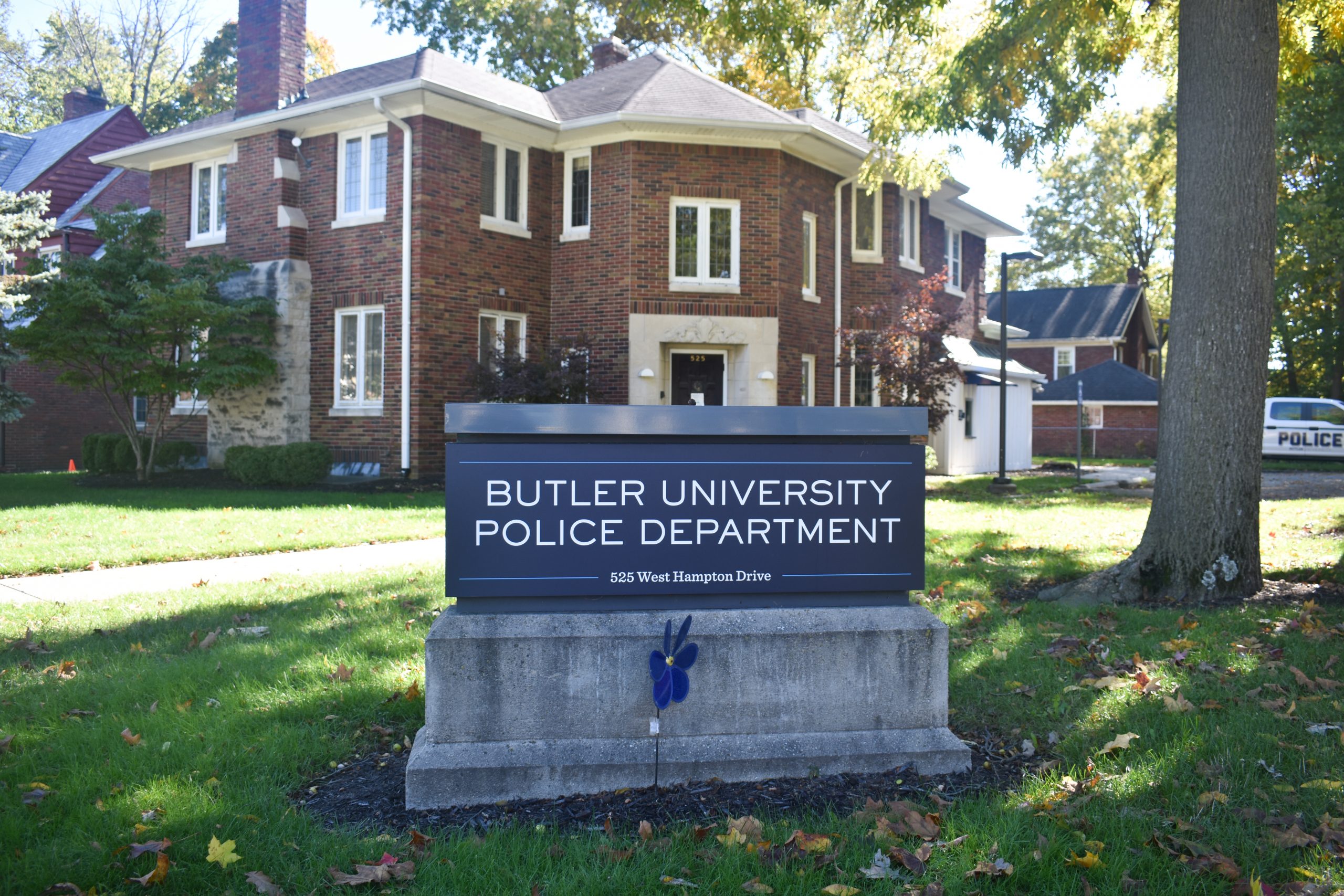 On Friday, Butler University Police officer Matt Grimes drove his daily route around campus. This entailed creating a police presence by parking outside of Jordan Hall, patrolling campus and looking for parking violators and responding to a call to let a car out of the parking garage.

Grimes said BUPD’s main goals are to create a safe learning environment for students as well as keep the campus crime-free. He said officers sit in the open on campus at all times to deter any potential crime. During a full shift, four officers and a sergeant are on duty.

“If you come on campus, there’s a very good chance that you are going to see a police car or police officer,” Grimes said. “And I think that’s good. It makes everybody feel safe, it’s a safe environment here.”

First-year sports media major Ben Buttrick agreed with this statement. He said seeing police all over campus reassures him that he is safe, especially being near a big city.

Other than providing security and a police presence on campus, Grimes said BUPD provides many services including helping unlock both dorm and car doors, jump-starting dead car batteries and also helping out in the case of elevator entrapments. BUPD also has a lost and found where students can look for misplaced belongings.

Buttrick said that until now, he had no idea what services BUPD provided to students. Adam Lammert, first-year political science and history major, said that coming in, he expected BUPD to be in charge of safety and security and not much more.

BUPD officers also act as first responders on campus, reaching the scene first if there is a fire alarm or a medical call. Grimes said that the arrival time for officers could be less than a minute, because they are always prepared to respond to a medical or fire emergency.

Grimes said the biggest issue officers encounter on campus is parking. He said that Butler has an agreement with the surrounding neighborhood about parking and BUPD makes sure that students don’t park in neighborhood areas. The other main issue Grimes said that they deal with here is alcohol enforcement.

“And sometimes we have to put on our police officer hat and do some enforcement there,” Grimes said. “And so, we have to do that. And that’s unfortunate. But you know, most of the people we deal with [say] yes, I got caught. I’m under 21. I know that, you know, that is a personal choice.”

However, even though they do have to do enforcement, Grimes said that they prefer interacting with students in a positive manner.

Grimes also said he wants students to know that BUPD officers aren’t just inexperienced campus cops. The majority of BUPD officers are retired officers from other departments, with many coming from the Indianapolis Metropolitan Police Department.

“So we have a wealth of knowledge in law enforcement training,” Grimes said. “These are not rookie officers. These are experienced officers patrolling campus. You know, we know how to deal with situations.”

Grimes himself was an officer with IMPD for 25 years. He is also an Indiana law enforcement instructor and was the lead bike instructor for IMPD. Grimes said other officers also teach at the Indiana Law Enforcement Academy.

Grimes said he is proud of the relationship between the police department and the students, and he hopes that students see BUPD as a positive resource for service and safety on campus.