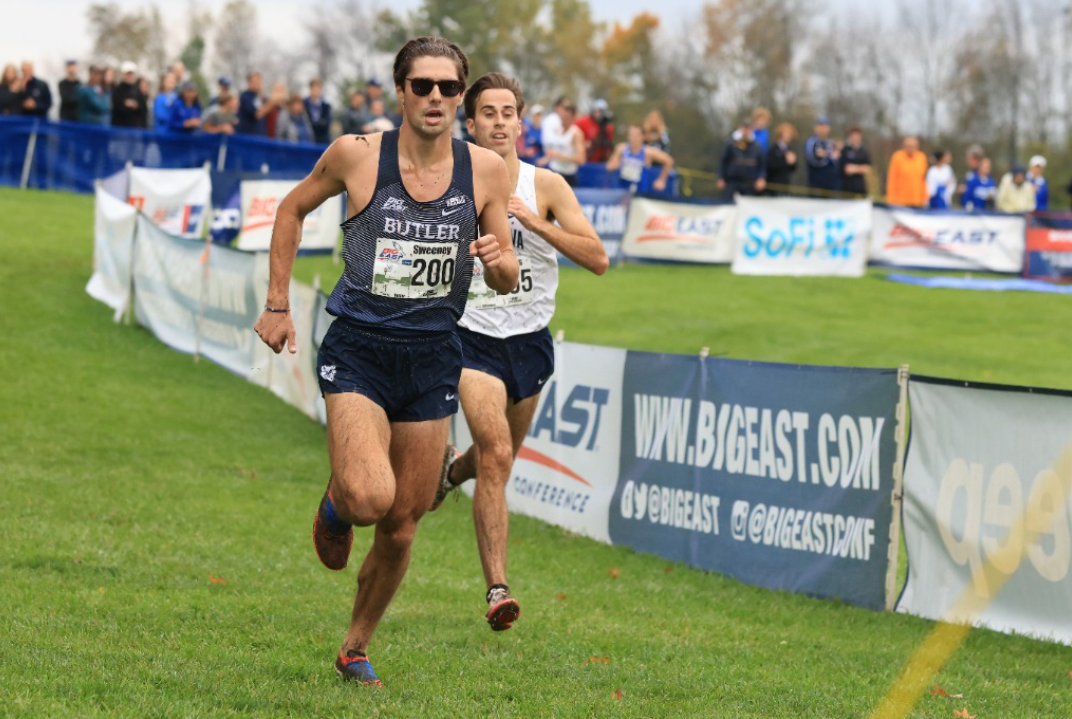 Both the Butler’s men’s and women’s cross country teams have officially booked their tickets to the NCAA Championships after receiving at-large bids. Butler earned this after placing fifth as a team on Nov. 12 at the NCAA Great Lakes Regional in both races, with the men taking the top two spots individually and three women receiving All-Regional honors.

The Bulldog men had a stellar day on the course in Evansville, Indiana after graduate student Simon Bedard and redshirt senior Barry Keane pulled away from an elite field early during the 10K race. At one point, the duo held a 21-second gap between them and the rest of the runners and would control the race until they reached the finish line.

After taking home the Big East crown last week, Bedard added a regional title to his collection winning the race in a time of 29:50:0. Keane followed directly behind Bedard finishing second at 29:51:5.

Redshirt sophomore Jack McMahon was Butler’s third scorer placing 31st in 30:36:9. Crossing the finish line next for the Bulldogs were redshirt senior Clark Otte in 40th at 30:53:8, graduate student Evan Byrne in 42nd at 30:55:2 and redshirt freshman Will Minnette in 43rd at 30:55:3. Rounding out the score for the Bulldogs was Ryan Adkins in a time of 31:13:8 to finish 64th.

Butler finished fifth as a team in a stacked region with a score of 116 just behind Michigan and Michigan State’s scores of 106 and 116. Notre Dame won the race after six of their runners placed in the top 12, followed by Wisconsin in second place.

The Butler women didn’t want to miss out on the fun either, as they finished as a team in similar fashion.

Rounding out the scorers were redshirt senior Emily Royston and redshirt junior Maddie McLain placing 35th and 40th in 20:44:3 and 20:48:4. Butler’s last two runners included freshman Quinn Shanahan in 59th at 21:12:6 and redshirt freshman Katherine Olsen in 62nd at 21:13:7

As a team, the Butler women finished with a total of 119. The top five teams finished in the same order as the men’s race with Notre Dame taking the regional title with a score of 56.

The Bulldogs will compete on the national stage in Tallahassee, Florida on Nov. 20 with the women starting at 10:20 a.m. followed by the men at 11:10 a.m.