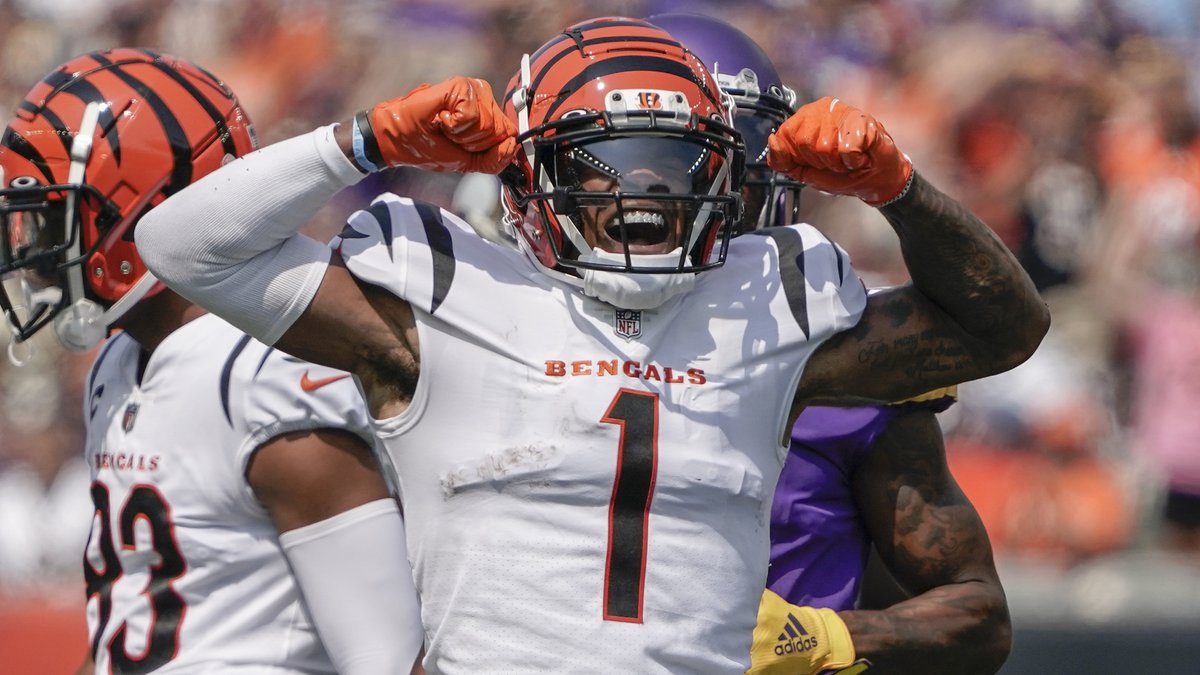 Following all the hype surrounding the NFL trade deadline last Tuesday, it was shaping up to be one for the books. However, fans were met with disappointment as many teams chose to stick with their current superstars.

While the deadline was very underwhelming, there were still a few major headlines that shocked the league. After much speculation, no team was willing to bite on the Houston Texans offer to deal Deshaun Watson. The biggest names on the move from Tuesday included Von Miller to a loaded Los Angeles Rams defense and Melvin Ingram to the Kansas City Chiefs.

As the rich get richer, fantasy managers will be forced to adjust to all the new faces in new places. Here are the key players to start and sit for Week 9 of the NFL season.

Tua Tagovailoa, Miami Dolphins. While the Dolphins season is all but lost, Tua can take a deep breath — as his job is now safe for the rest of the season. Ever since the offseason, the name Deshaun Waston has been haunting Tua every day as rumors surrounding a trade for Watson plagued the headlines concerning the Dolphins signal caller. Now the left-armed quarterback will have the opportunity to prove his worth in the second half of the season, starting with the matchup ironically against the team involved in all the trade talks — the Houston Texans. Tua is lined up for a revenge match that could lead to him becoming a great quarterback flying under fantasy managers’ radars

Sam Darnold, Carolina Panthers. Hooray! The Panthers won a game without Christian McCaffery! Darnold and company finally found a way to squeeze out a win against the Atlanta Falcons. However, the game was an ugly one with neither team moving the ball through the air on offense — with Darnold only throwing for an abysmal 129 passing yards. This week, the Panthers will face a New England Patriots defense fresh off a major upset against the Los Angeles Chargers. While there is hope McCaffery might finally return from the injured reserve, Darnold’s value as a starter in fantasy is not worth the risk.

Devontae Booker, New York Giants. No Saquan Barkley, no problem! Booker has done an excellent job stepping into a larger role in the Giants offense. Since being named the starter, Booker has scored double-digit points in every game, with last week being his best performance of 125 yards from scrimmage. Next up for Booker will be against the Las Vegas Raiders defense that has allowed the fourth most rushing yards per game in the league. Booker’s excellence for fantasy managers should last for at least one more week.

Javonte Williams, Denver Broncos. The North Carolina product has been nothing but average for the Broncos. After moving up to draft him in the 2021 draft, the Broncos expected big production out of him. However, Williams has been unable to take over the role of Melvin Gordon — leading to an even split backfield. This week, the Broncos will face a Dallas Cowboys defense that has allowed the sixth least rushing yards to running backs. Unless Gordon suddenly disappears, the time for fantasy managers waiting on Williams to blossom into a star this season is almost up.

Robert Woods, Los Angeles Rams. One player who has continued to get overlooked throughout this season is Woods. With his teammate Cooper Kupp on pace to break Calvin Johnson’s single-season receiving yard record, it is easy for fans to discredit Woods as a bust. However, in such a high-powered offense led by Matthew Stafford, a player could go off at any given moment. This week the Rams face the Tennessee Titans defense that has allowed the ninth most receiving yards in the league. As teams begin game planning against Kupp, Woods should find more opportunities to put up big numbers.

Ja’Marr Chase, Cincinnati Bengals. By far, the best rookie in the 2021 draft somehow happens to be a wide receiver? After having issues catching the ball in the preseason, Chase has flipped the script and is putting up Randy Moss numbers to start his career. Through eight games, Chase has the third most receiving yards with 786 receiving yards and the fourth most touchdowns with seven in the league. However, this week, he may have a harder time getting open against a Cleveland Browns defense that has allowed the seventh least passing yards in the league. Chase’s season has been nothing but incredible, but this week’s matchup is enough to force fantasy managers to think twice when moving him into the starting lineup.

Pat Freiermuth, Pittsburgh Steelers. The second round pick out of Penn State has panned out extremely well for the Steelers. Since Eric Ebron injured his hamstring, Freiermuth has earned the trust of Ben Roethlisberger. In his first two starts, Freiermuth was targeted 14 times and caught his second career touchdown. This week, the Steelers will face an easier matchup in a Chicago Bears defense that just allowed 33 points to a banged up San Francisco team. Don’t miss out on the Freiermuth hype train.

Dan Arnold, Jacksonville Jaguars. Despite all this, one of the few bright spots on the Jaguars has been Arnold emergence as a reliable tight end. In his latest game, Arnold led the team with eight receptions for 68 yards on 10 targets. Even with all the recent success, Arnold and the Jaguars will have a harder time moving the ball against a Buffalo Bills defense that has allowed the least receiving yards in the league. Tight ends are a rookie quarterback’s best friend, but this week’s heavy matchup is enough to search for a better option.

Jake Elliot, Philadelphia Eagles. The Eagles ruined the spirits of the entire city of Detroit in less than three hours. Coming into the game, the Lions looked like they had a chance against the struggling Eagles team — until Jalen Hurts and company decided to drop 44 points on them at Ford Field. Elliot had a busy day hitting all eight of his field goal and extra point attempts on the day. This week, the Eagles will look to keep it rolling against a Los Angeles Chargers defense that has allowed the ninth most points in the league. Elliot is a solid waiver wire pickup for fantasy managers looking to find a replacement for their kickers who are on a bye week.

Robbie Gould, San Francisco 49ers. Jimmy G might still be the savior San Francisco needs. Last week, the 49ers flew to Gould’s former home in Chicago and hammered the Bears on offense, putting up 467 total yards. While the playoffs hope may still be slim, there is hope for the future for the 49ers team. Their only issue is that they still play in the NFC West, and this week they will play the Arizona Cardinals defense that has allowed the third least points per game in the league. They may be called the 49ers, but they are going to have a tougher time getting across the 50-yard line.

Kansas City Chiefs Defense. The Chiefs look depleted, so what do they do — start spending in free agency. One of their biggest trades was landing Pittsburgh Steelers linebacker Melvin Ingram to fill a major hole in their defense. This piece to their defense will be a major factor this week in a bigger matchup against the Green Bay Packers. However, it will lean even more in their favor after Aaron Rodgers tested positive for COVID-19 and has been ruled out for the contest. With rookie Jordan Love slated to get his first start of his career, the Chiefs defense should have no issues this weekend feasting on some fresh cheese.

Minnesota Vikings Defense. The Skol Nation continues to scream in agony as the Vikings find a new way to lose a football game. On Sunday night with the lead, Mike Zimmer tried to call consecutive timeouts despite having only one left leading to a defensive false start and eventually the game winning touchdown for the Dallas Cowboys. This was an embarrassment for the franchise as they’ve blown their fourth close game of the season. Life will not get easier next week as they travel to Baltimore to face the Ravens who rank third highest in total yards per game. Choking is in their nature, and this week the Vikings will likely continue their usual streak of blowing games.