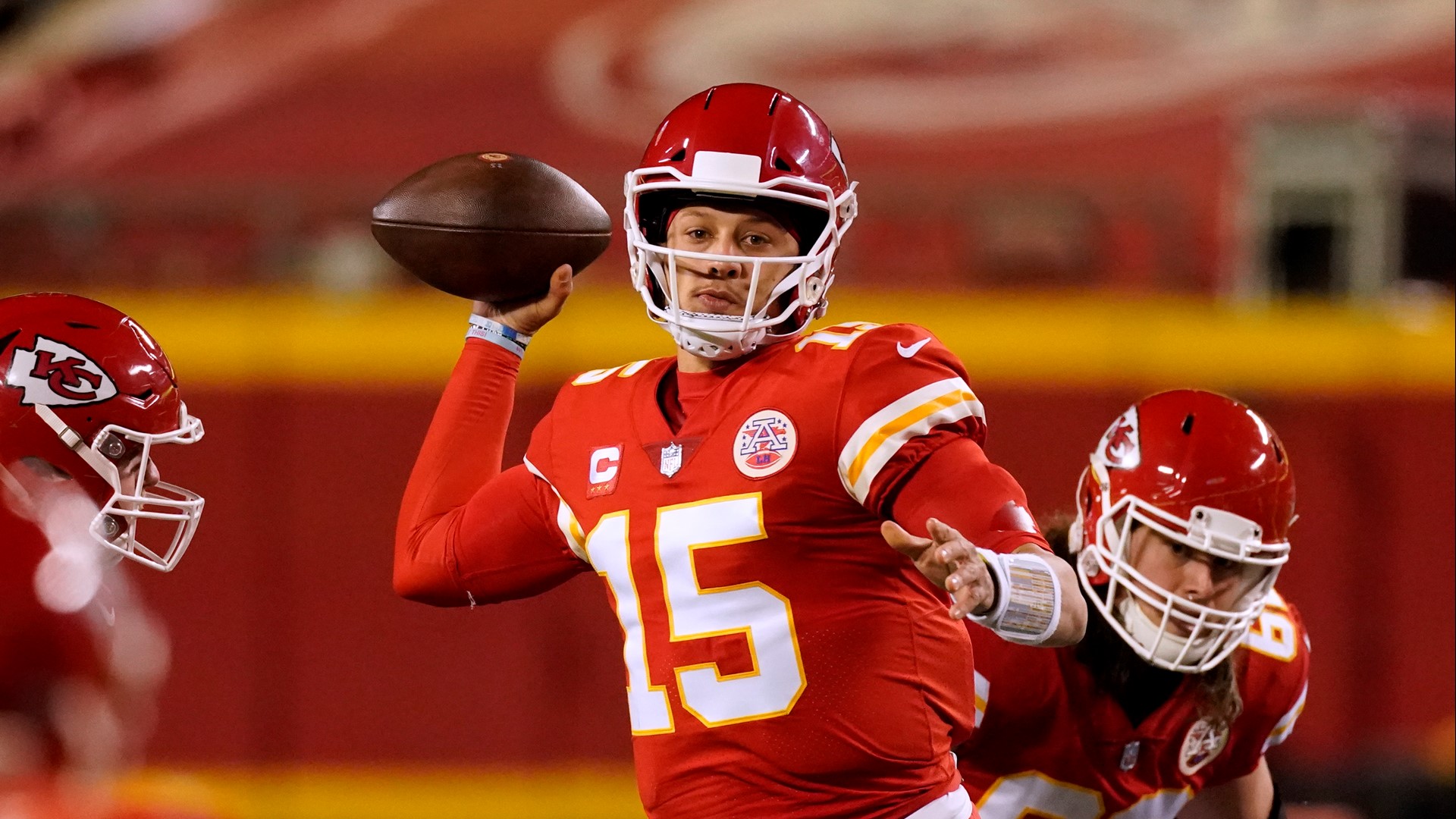 We have officially reached the halfway mark of the 2021-22 NFL season. With nine weeks under their belts, NFL teams will be switching their focus onto preparing for the playoffs or giving up and tanking for a higher draft pick.

Teams like the Arizona Cardinals, Los Angeles Rams and Tennessee Titans are still battling it out for the best record in the league while the Detroit Lions and Houston Texans fight for the top draft pick in next year’s draft.

For fantasy football, managers should now finally be able to tell the difference between which teams are the real-deal or frauds. Here are the key players to start and sit for Week 10 of the NFL season.

Patrick Mahomes, Kansas City Chiefs. The Madden curse has finally taken its toll on Mahomes. The former regular season MVP has gotten off to his worst start of his career. He has thrown the third most interceptions in the league with 10 and currently has a quarterback rating that ranks in the bottom half of the league. Despite Mahomes’ struggles, this team is still loaded with talent like Travis Kelce and Tyreek Hill who can help get Mahomes back on track. This week, the Chiefs will be up against the Las Vegas Raiders team that continues to deal with issues off the field. Fantasy managers worried about Mahomes’ potential should fear no more as the Chiefs will be back to their dominant form in no time.

Baker Mayfield, Cleveland Browns. One quarterback who has dealt with even more criticism recently is Baker. After reports of Odell Beckham Jr. not being happy in Cleveland were released, OBJ’s father ripped Baker for “avoiding” to throw him the ball. Baker used this as fuel as he went on to lead his Browns to a 41-17 victory over the Cincinnati Bengals. While the Browns proved that they don’t need OBJ to win games, they will have a tougher time this week when they travel to Boston to take on a Patriots defense that forced three interceptions off of Sam Darnold last week. Baker might have remembered how to cook again, but there is one recipe made by Bill Belichick that he will have a hard time handling.

Austin Ekeler, Los Angeles Chargers. Regardless of the inconsistent play, there has been one player on the Chargers that has been reliable no matter what — Austin Ekeler. Ekeler has already had five games with over 100 total yards of offense, and has not shown signs of stopping anytime soon. This week, Ekeler will receive a treat as he will be up against a Minnesota Vikings defense that has allowed the third most rushing yards in the league. While the Chargers enjoy raising their fans’ blood pressure every week, Ekeler will be a player the Chargers and fantasy managers can count on.

Antonio Gibson, Washington Football Team. Gibson has been a bit of a disappointment this season. After many NFL analysts believed this would be his breakout year, Gibson has failed to break 100 rushing yards once this season. While Gibson has had time to rest during the bye week, they will return to face a stacked Tampa Bay Buccaneers front seven that have allowed the second least rushing yards per game in the league. Fantasy managers should be very cautious when starting Gibson this week as his dip in production and tough matchup scream bust.

Cole Beasley, Buffalo Bills. Excuse me what? Did we read that correctly? The Buffalo Bills with Josh Allen and their stacked defense lost to the Urban Meyer led Jacksonville Jaguars. This was a major wake up call for a Buffalo Bills team who thought they had a cakewalk into the playoffs. Despite the loss, Beasley is beginning to return to his form from last season leading the team with eight receptions. The rise in targets has turned him back into a trustworthy wide receiver, especially this week against a New York Jets defense that has allowed the fourth most receiving yards in the league. Ignoring the loss from last week, starting Beasley this week should be a no-brainer.

A.J. Green, Arizona Cardinals. No Kyler Murray, no DeAndre Hopkins, no problem. The Cardinals proved on Sunday that they are loaded with depth. Arizona managed to score 31 points against the San Francisco 49ers with Colt McCoy handling the quarterback duties. For Green, he was activated from the COVID-19 list this week, and is looking to become the number one option if Hopkins is forced to miss another contest. However, even if he plays, Green will face a tough battle lined up against Stephon Gilmore and the Carolina Panthers defense that has allowed the second least receiving yards in the league. Green is a solid option going forward, but this week it is worth holding off from moving him into any starting lineups.

Mo-Alie Cox, Indianapolis Colts. For the first time since 2016, Lucas Oil Stadium hosted a primetime game. In their long awaited return to national television, the Colts treated their fans to a pounding of the New York Jets scoring 45 points — the most they have scored in a single game since 2014. Alie-Cox — the former college basketball star turned NFL tight-end was — left out of the fun after he was only targeted once the entire game. Still, this week’s matchup against the Jacksonville Jaguars defense that has allowed the seventh most receiving yards in the league should help Alie-Cox get back on track. The Colts offense is red-hot and Alie-Cox likes tearing up teams from Florida, so the matchup against the Jaguars is a perfect fit for a breakout game.

Dallas Goedert, Philadelphia Eagles. The city of Philadelphia should be disappointed in the Eagles. After dominating the Chargers all game, the Eagles found a way to blow a lead to a team mostly known for choking. They let the Chargers eat up six minutes from the clock to kick the game-winning field goal. In the game, Goedert finished with three of the only 11 completed passes all game. This is not the type of production fantasy managers are hoping to get out of Goedert, and it will only get tougher this week against a Denver Broncos defense that completely shut down the Dallas Cowboys last week. If the Eagles continue to have trouble with passing the ball, Goedert’s value as a starter will only be headed in the wrong direction.

Chris Boswell, Pittsburgh Steelers. After getting injured on a trick play against the Browns two weeks ago, Boswell responded in a big way. Against the Chicago Bears last week Boswell hit two 50-yard and one 40-yard field goals, including the go-ahead field goal to give the Steelers the win. While the Bears game was a little rough, this week’s matchup against the winless Detroit Lions that have allowed the second most yards per game in the league should be a breeze. Boswell is the perfect replacement for fantasy managers in search of a new kicker.

Matt Gay, Los Angeles Rams. Another team that left the NFL confused were the Rams. Last week, the Rams played a Tennessee Titans team that just lost their biggest piece on offense in Derrick Henry and somehow lost. The Titans offense didn’t have to do much as Matthew Stafford did all the work for them throwing two pick-sixes. While one bad game doesn’t define the entire season, the loss does raise some concerns on offense for the Rams moving forward. This week, the Rams will face the San Francisco 49ers who have allowed the eighth least total yards on offense in the league. If the Rams continue to struggle to move the ball, Gay’s value will drop with their rating.

Green Bay Packers Defense. The Packers have been dealing with even more off the field issues. Aaron Rodgers was out last week after lying about getting the COVID-19 vaccine, leading to Jordan Love getting his first start of his career. While the defense was able to hold the Kansas City Chiefs to just 13 points all game, Love was only able to lead his offense to the endzone once. This week, the defense will look to continue shutting down opposing offenses against the Seattle Seahawks who have the fourth worst total yards per game. Even with Russell Wilson and Chris Carson designated to return from the IR for the Seahawks, this Green Bay Packers defense is a great option for fantasy managers at the defense positions.

Atlanta Falcons Defense. The Falcons were in the right place at the right time. After Jameis Winston went down with a torn ACL two weeks ago, the New Orleans Saints were stuck with starting Trevor Siemian at quarterback. Atlanta took full advantage of it as after almost blowing the lead late — like usual — the Falcons for once scored on a game winning drive to complete the upset. However, their upcoming matchup against the Dallas Cowboys will be night and day as they try to stop the Cowboys offense that has scored the third most points per game in the league. The Dirty Birds defense is not worth investing in this week when there are plenty of other great options on the waiver wire.