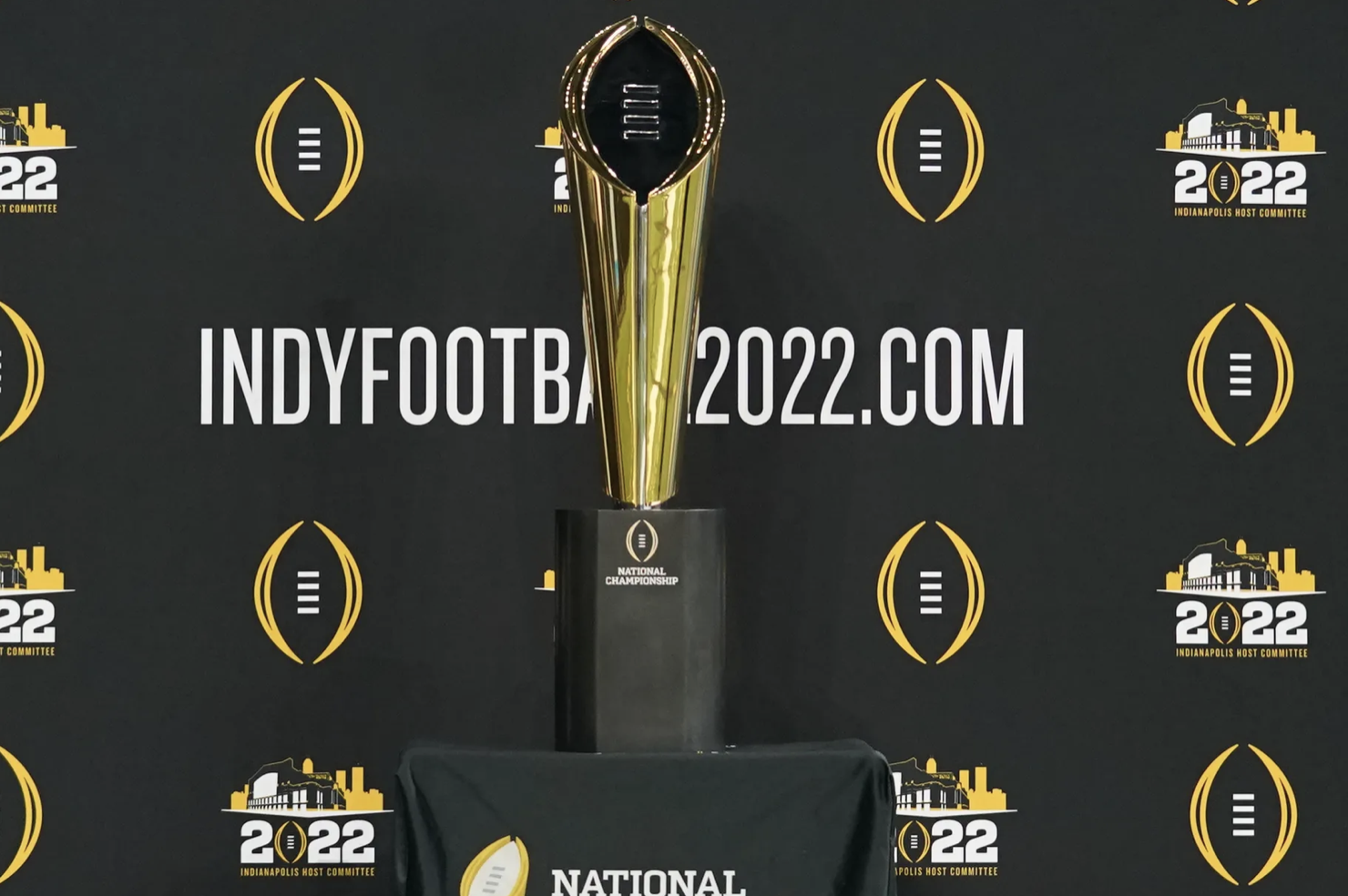 The College Football Playoffs is an annual postseason invitational tournament to determine a national champion for the NCAA Division-I FBS division. Photo courtesy of Robert Goddin.

The first set of College Football Playoff rankings was released Tuesday night signaling that the 2021 college football season is nearing its conclusion. Through the first nine weeks of the season, we have almost seen it all. A seemingly unstoppable Alabama team lost. A Clemson team, dominant over the past six seasons, is now unranked. A Group of Five team is ranked No. 2 in the AP poll for the first time since 2010.

Ask most fans and they will tell you that college football is more fun when thrilling upsets are prevalent. Upsets are a large part of college football’s identity — which is why seasons full of them are considered among the greatest of all time.

So what more needs to happen for the 2021 college football season to join the ranks of the all-time greats?

More stunning upsets and more upheaval in the rankings needs to occur, but the 2021 season is already off to a good start for achieving the all-time great status.

This season’s most notable event so far was Alabama’s shocking 41-38 loss to Texas A&M on Oct. 9. In this game, a team ranked No. 1 in the nation lost to an unranked team — a team not ranked in the top 25 — for the first time since 2008. It was Alabama’s first loss to an unranked opponent since 2007, the first year that esteemed head coach Nick Saban was with the program. Alabama suffered only their ninth regular season defeat in eleven years.

Including this fascinating Alabama-Texas A&M showdown, there have now been 16 games in which a top 10 team was upset this season. Compare that to just seven times at this point in 2020 and six times in 2019. This year, you can expect at least one top 10 team to be upset each week.

Even with the abnormalities of the 2021 season thus far, the absurdity does not yet rival some of the classic seasons of college football.

The big difference, however, is in the amount of upsets at the very top of the rankings. Nine of those 19 upsets in 2007 were also upsets of top five teams. For 2021, only five of the 16 upsets saw top five teams lose.

The 2007 season also continued its run of unexpected outcomes into the later half of the season. Eight more defeats of top five teams occurred between Week 10 and the end of the 2007 regular season. All of these 2007 statistics do not even allude to a plethora of other improbable facts that defined that season including the “Curse of No. 2” —  the team with the No. 2 ranking lost seven times in a span of nine weeks.

The No. 1 ranked Georgia Bulldogs are currently the most dominant team in college football — due to their defense playing at an all-time level. A Georgia loss would truly catapult the top of the rankings into chaos. The only problem is that the Bulldogs’ remaining regular season schedule lacks any strong challenges. No more ranked teams are scheduled to play Georgia at the moment, although the Bulldogs will most likely play one in the SEC Championship game.

Although a Georgia defeat is unlikely, a Bulldog loss to any of their remaining opponents would be one of the largest upsets in college football history. Tennessee, a mediocre team with a struggling defense, is arguably their best opponent left at 4-4. If the Volunteers could shock the college football world on Nov. 13, then the 2021 season would inch just that much closer to overtaking the 2007 season in greatness.

Contrary to a Georgia loss, an upset of No. 6 ranked Cincinnati might actually harm the luster of the 2021 season. Cincinnati is a member of the American Athletic Conference — AAC. The AAC is part of the Group of Five. The Group of Five consists of the five Football Bowl Subdivision — FBS — conferences beyond the traditionally dominant Power 5 — the ACC, Big 12, Big Ten, Pac-12 and SEC.

Although a Cincinnati loss would add to the number of big upsets, it would strip the 2021 season of a distinctive trait that sets it apart from any other season. This is an uncommon instance where a loss at the top of the rankings would actually harm the absurdity of a season, making the 2021 season seem even more odd.

More change will need to occur at the summit of college football to truly solidify the 2021 season as one of the greatest. The final pieces to the puzzle lie with Alabama, Oklahoma and Ohio State.

In the seven years since the College Football Playoff was first instituted, four teams have dominated: Alabama, Clemson, Ohio State and Oklahoma. These four teams have made the playoff in at least four of the seven seasons. In order for this college football season to truly be unexpected and unique, most of these teams must miss the playoff.

Clemson’s struggles have immensely helped to meet this requirement. With a 5-3 record, they have fallen out of the rankings for the first time since 2014.

No. 8 ranked Oklahoma seems on the verge of a loss as they have barely survived nearly all of their opponents thus far. They also have a difficult remaining schedule with three games against ranked teams to finish off the season.

No. 5 ranked Ohio State suffered an early season loss to a solid Oregon squad, but now appears to be firing on all cylinders. No. 2 ranked Alabama has also looked formidable since their demoralizing loss to unranked Texas A&M. Both of these teams have upcoming games against ranked opponents, so a strong possibility of a potential upset remains.

The 2021 college football season certainly appears on track to become memorable. In the end, even if this season does not become one of the all-time greats, upsets are undoubtedly back on the rise, benefitting the enjoyment of the sport for everyone.