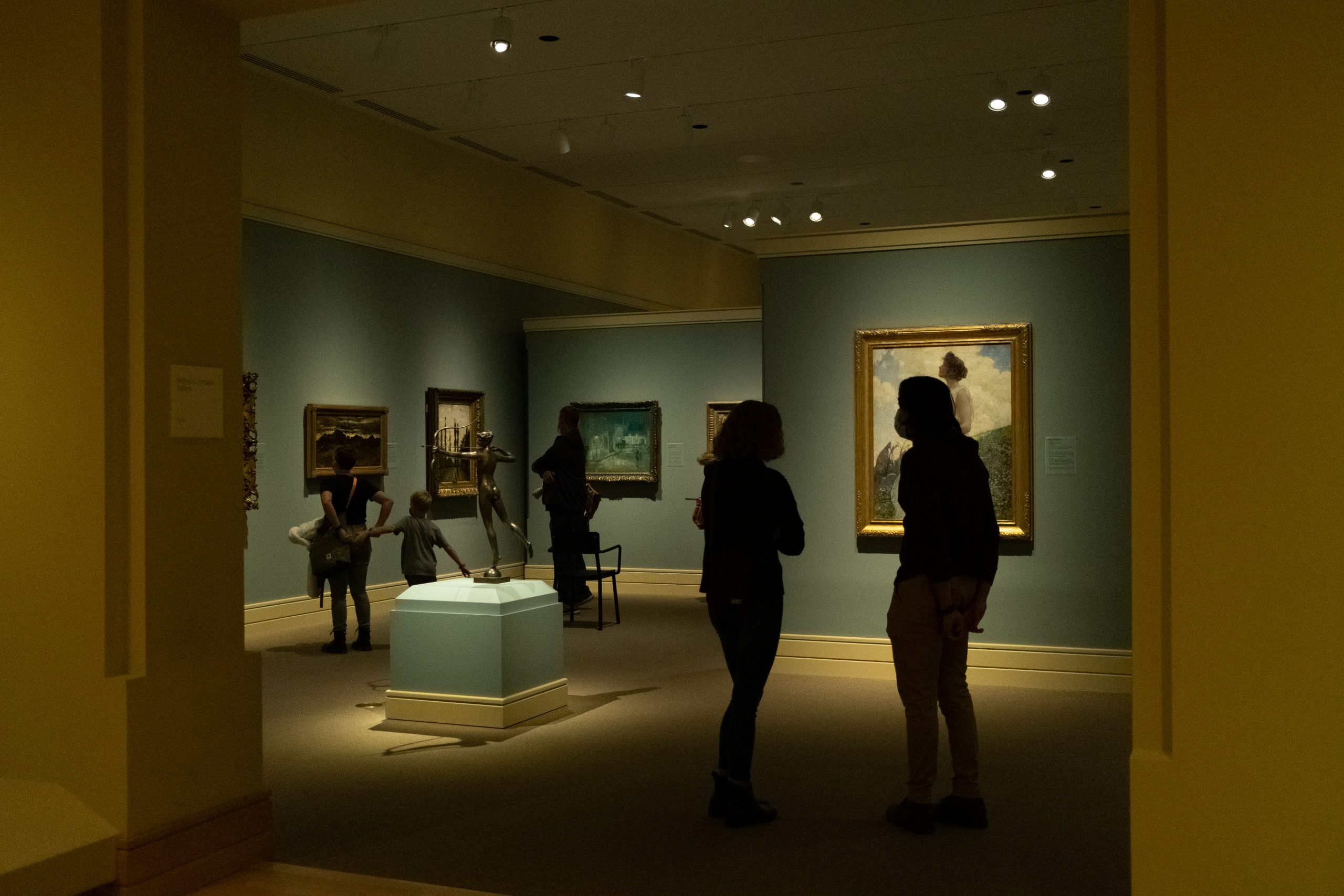 Not only can art be an expression of the individual artist, but local art can also reflect the region and its values about certain places or times. Though not always acknowledged, this is an important part of any city.

“It helps us become more culturally aware,” Alva said. “You get to experience new things and different forms of expression.”

Harrison Center for the Arts

What makes this center unique is its dedication to the community. Lexi Harford, a junior art and design major, noticed this dedication while she was an intern at the Harrison Center.

“They try to make it interactive, more for the city,” Harford said. “They focus on creating and preserving that community. It’s more than just art.”

The Harrison Center has partnered with many local organizations to put on events such as the Spectacle of Homes and The Art of Networking. Like many local art galleries, concert venues and theatres in Indianapolis, they also participate in First Fridays. Every First Friday of the month, the galleries and studios are open with special discounts or for free to the public, often with special exhibitions.

Appointments for gallery tours and additional information about the Harrison Center’s exhibitions and events can be found on their website harrisoncenter.org.

The Eiteljorg Museum has a vast collection of Native American artifacts and Western art. The exhibits range from contemporary art to artifacts from the Indigenous nations of the area.

The Eiteljorg was founded in 1989 with the mission to inspire and foster understanding of cultures. Since its founding, the museum’s collection has included the works of notable artists such as Andy Warhol and Georgia O’Keeffe.

The unique range gives visitors of the Eiteljorg a look into Western culture of the past and present. The Eiteljorg is one of only two museums East of the Mississippi River to combine Native American and American Western art. The museum’s Native American art collection has consistently ranked as one of the best in the world.

Olivia Lighty, a junior communication sciences and disorders major, commented on the unique collections of the Eiteljorg.

“[The Eiteljorg] offers something different than other museums,” Lighty said. “There’s artwork that people don’t really talk about as much.”

More information about their collections and events can be found on their website eiteljorg.org.

The Indianapolis Museum of Art (Newfields)

A list of art museums in Indianapolis would not be complete without the Indianapolis Museum of Art. The museum itself is well-known for its range of exhibitions and is contained within Newfields, including the museum as well as a network of beautiful gardens. The museum’s regular exhibits include everything from classical European and American, to Indigenous Latin American, Ancient Mediterranean and modern design arts.

Some of Newfields’ current exhibitions include “Happy World: On a Cloud,” “Private Eye: The Imagist Impulse in Chicago Art” and “Juan de Pareja: A Painter’s Story.”

More information and tickets can be found on their website discovernewfields.org.

These museums each offer something unique to add to Indianapolis’ art scene. They keep the local culture alive while also providing the opportunity to learn about other cultures. Harford encourages people to visit art museums and galleries.

“Just go for it,” Harford said. “It’s a really welcoming environment. [Many local places] make it fun. So just be open to it.”

From oil painting to artifacts, there is something for everyone in the Indianapolis art scene.