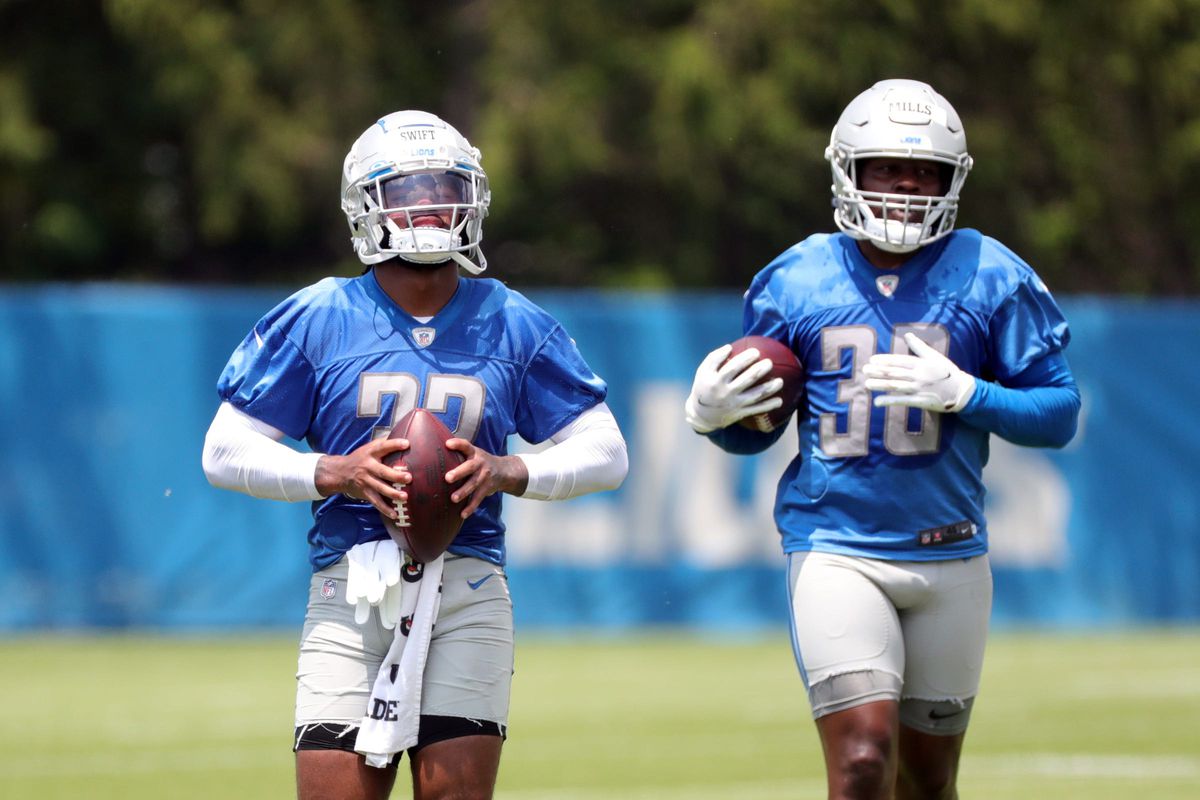 The NFL trade deadline is one of the most exciting times of the season. Players like Deshaun Watson, Allen Robinson and Brandon Cooks are in search of new homes while some head coaches like Urban Meyer and Matt Nagy continue to remain on the hot seat. Some players’ recent dip in production may lead them to get traded as well including players Odell Beckham Jr.

With less than a week away, fantasy managers should brace themselves for anything as some of their players may get traded for better or for worse. Here are the key players to start and sit for Week 8 of the NFL season.

Dak Prescott, Dallas Cowboys. The NFL is not ready for the return of “America’s Team”. For the first time in a decade, the Cowboys fans might be onto something as this Cowboys team might be legit. Led by players like Prescott and Ezekiel Elliot, the Cowboys offense is now the most efficient offense in terms of total yards per game in the league. Fresh off a bye week, this team is ready for more on Sunday night against a Minnesota Vikings team that has struggled in the spotlight. Dak and the boys are rolling and the Skol nation is just a minor speed bump on their way to glory.

Jimmy Garoppolo, San Francisco 49ers. Garoppolo’s job is in jeopardy once again. After Trey Lance replaced Garoppolo when he went down in Week 4, Lance has shown flashes of potential. Even though Garoppolo made his return to the field last week, his performance was very underwhelming as he threw for under 200 yards and two interceptions. This week, the Niners head across the country to Soldier Field to face the Chicago Bears defense ranked in the top half of the league in least total yards allowed per game. With his chances of a starting role getting slimmer by the second, it would be a safe choice to keep Garoppolo out of the starting lineup.

D’Andre Swift, Detroit Lions. Who put glue on Swift’s hands? Last week, Swift played out of his mind catching eight passes for 96 yards and touchdown along with 46 rushing yards. He even still had more carries on offense than fellow running back Jamaal Williams. Swift has essentially eaten up all the touches and minutes on offense from Williams and has proved that he can make the most of every opportunity. This week, Swift will be able to put more of his skills on display against a Philadelphia Eagles defense that has allowed the fourth most rushing yards per game in the league. Swift is a must start this week as his fantasy football value continues to skyrocket.

Leonard Fournette, Tampa Bay Buccaneers. There is no proof, but the Buccaneers have access to a fountain of youth. The latest player’s skill revival comes in the form of Fournette, who left Jacksonville two seasons ago in search of a new offense to save his career. Since joining the Bucs, he has flourished as the lead back in a loaded Bucs offense. The last two weeks, Fournette has rushed for 217 total yards and three touchdowns. The only issue is this week, the Bucs will face a tougher matchup in the New Orleans Saints defense that has allowed the third least rushing yards in the league. Fantasy managers should be cautious when keeping him in the starting line up as both teams will be more focused on the pass leading to a shootout in the Superdome.

Randall Cobb, Green Bay Packers. No, this is not 2014 all over again. While it may seem like a time machine was used, Cobb is not only back with the Packers, but he is lined up to be the top receiver for this week’s matchup. After Davante Adams and Allen Lazard were placed on the COVID-19 list, the Packers found an emergency replacement in an old friend of theirs. Cobb is the perfect replacement — he and Aaron Rodgers already have great chemistry and will likely pick up right where they left off. While the Packers are facing the undefeated Arizona Cardinals in Phoenix, Rodgers holds a record of 6-0 without Adams. Cobb is one of the top waiver wire waivers of the week and should be inserted into the starting lineups immediately.

Chase Claypool, Pittsburgh Steelers. Corvette, Corvette. It’s time for the Steelers to begin to sweat. Let’s face it, Ben Roethlisberger is not the same quarterback he once was. Big Ben can no longer evade out of the pocket and instead has to settle for checkdown after checkdown. His struggles have begun to take a toll on the other wide receivers including Claypool who has failed to put up the same numbers he had last year even with Juju Smith-Schuster out for the season. This week, life doesn’t get any easier as Claypool will have a Cleveland Browns defense that has allowed the seventh least receiving yards per game. Claypool is one player fantasy managers should avoid adding into the starting lineup this week.

Noah Fant, Denver Broncos. The Broncos have officially been exposed. After starting the season 3-0 the Broncos have lost their last four games. Their most recent blunder came against a Cleveland Browns team that was led by Case Keenum at quarterback and D’Ernest Johnson at running back. While Denver’s play has been disappointing, Fant has found a way to stay fantastic.  In his last two games he was targeted 18 times catching 14 of those passes for 136 yards and a touchdown. The Broncos will get a chance to redeem themselves against a Washington Football Team defense that ranks dead last in most yards allowed per game. This week’s matchup is the perfect time for Fant to feast.

Anthony Firkser, Tennessee Titans. The Titans have been playing like Greek gods. After giving the New York Jets their one and only win so far this season, the Titans have found new life and knocked off not only the Buffalo Bills, but also the Kansas City Chiefs. The sudden surge on offense comes after Derrick Henry’s terror of the NFL has decided to add a sequel. Henry leads the league in rushing by an insane margin as the running back in second place is behind by almost 300 yards. This sort of dominance is unheard of in the NFL, but may come to a disadvantage for tight ends like Firkser. With Henry stealing all the touches, Firker has only been targeted once in the last two contests. This week, Firkser will have an even tougher time against the Indianapolis Colts defense that ranks in the top half of the league in least receiving yards allowed per game. As the Titans begin to dial more into the run, Firkser’s opportunities to get involved will continue to slip away.

Zane Gonzalez, Carolina Panthers. The Panthers are the biggest frauds in the league. Ever since Christian McCaffery went down with a hamstring injury, Carolina hasn’t won a single game. This team has looked lost without McCaffery as they have already reached a point last week where they benched Sam Darnold for the XFL legend, P.J. Walker. Still, the Panthers have a chance to either redeem themselves, or fall deeper into sadness this week against a dismantled Atlanta Falcons defense that has allowed the third most points per game in the league. The inability to score touchdowns may slow this team down, but it should help lead to more chances for Gonzalez to get involved in the Panthers offense.

Jason Sanders, Miami Dolphins. The Dolphins are currently leading as one of the most disappointing teams this season. After there were expectations of making the playoffs before the season, the Dolphins are on a six game losing streak and rank the fifth worst in total yards per game on offense. Bad news for the Fins, they have to travel back up to Buffalo where their season came crashing down in the final game of last season. While Sanders is the reigning All-Pro kicker, the fact that he is stuck on a struggling offense is enough to allow fantasy managers to move on from him until further notice.

Cincinnati Bengals Defense. Quite possibly the biggest surprise of the season has to be the Bengals. Seven weeks into the season and who would have thought that the Cincinnati Bengals would be sitting atop the AFC. On both sides of the ball, the team has improved immensely with their biggest performance coming after they hammered the Baltimore Ravens by 41-17. While their offense has begun to receive some credit, the defense continues to fly under the radar. This week, they’ll be able to put it on full display against a New York Jets offense that ranks dead last in points scored per game and will have Mike White getting his first career start at quarterback. The Bengals defense should be a no-brainer when looking for a defense to start this week.

Houston Texans Defense. The Texans defense is a joke. Last week, the Texans gifted NFL fans a new scorigami after losing to the Cardinals last week with a final score of 31-5. The Texans are the only team to find a way to score five total points while also allowing over 30 points in a single game. This week, the Texans will be in trouble once again as they face a Los Angeles Rams offense that has scored the eighth most points in the league. There is no reason the Texans should be rostered in any fantasy football league.