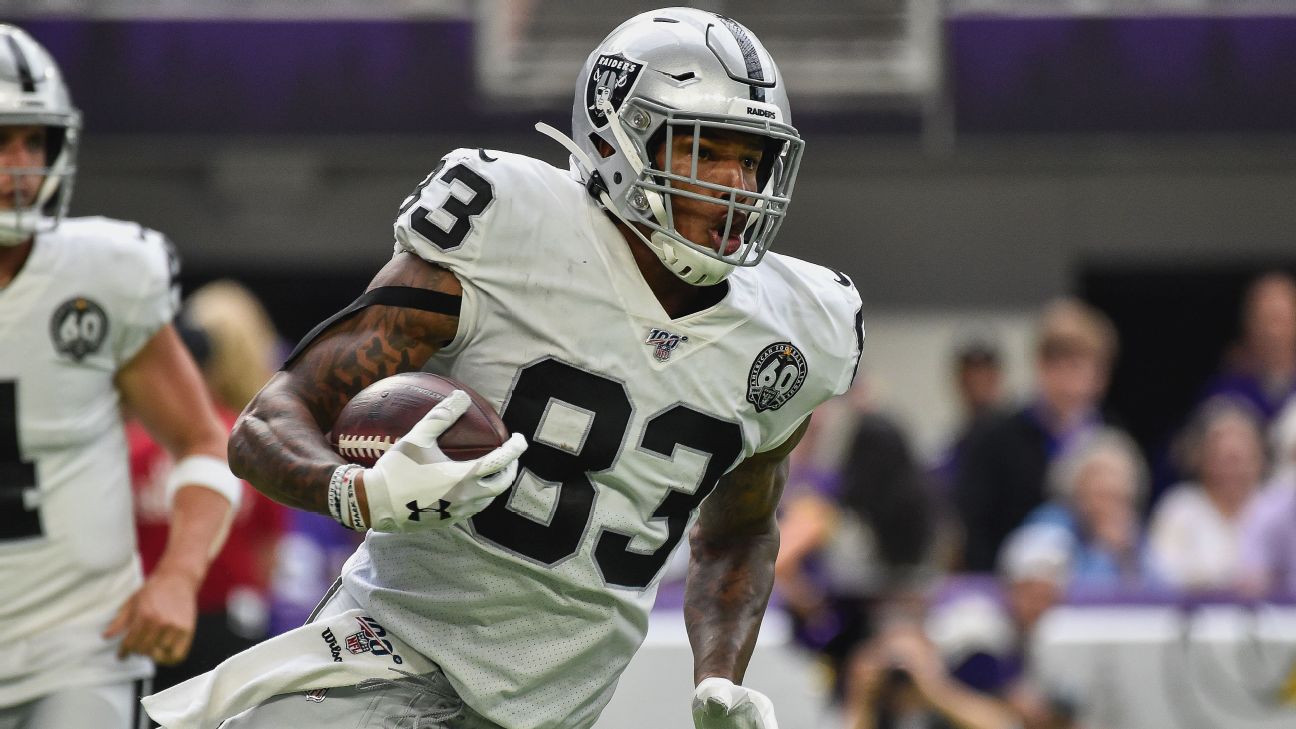 The NFL came zooming into Week 5 of the season, but it seemed the teams left their kickers behind. Last week, kickers missed 13 field goals and 12 extra points attempts which tied an NFL record.

The chaos ensued as teams were forced to leave their offense on the field leading to season-high points scored for many players. While the fantasy managers are still trying to recover from last week, they have to brace themselves for the beginning of the bye weeks.

With some stars like Alvin Kamara and Calvin Ridley now missing, fantasy managers will be forced to find some replacements. Here are the key players to start and sit for the NFL Week 6 of the NFL season.

Mac Jones, New England Patriots. Bill Belichick’s newest prodigy, has been pretty average. While Jones is not the flashy quarterback like Trey Lance or Justin Fields, Jones has still been getting it done for the Patriots. Jones leads all rookies in passing yards and completion percentage. This week, the Patriots will get a visit from the Dallas Cowboys defense, who rank dead last in passing yards allowed per game. Jones will look to continue being Mac-curate in a favorable matchup.

Jared Goff, Detroit Lions. The Bobby Lane 50-year curse is still in effect for the Lions. Every week, the Lions are finding new ways to lose games with last week’s blow coming on another game-winning field goal against the Minnesota Vikings. Out of all the players, Goff is not the one to blame as he is currently ranked in the top half in all the quarterback categories in the league. Their lack of weapons and struggling defense will have another tough week against the up-and-coming Cincinnati Bengals team. As long as they continue to make Dan Campbell shed more tears, Goff has no place being rostered on any fantasy football team.

Kareem Hunt, Cleveland Browns. The Browns run game is downright unstoppable. Through five weeks, the two-headed monster of Nick Chubb and Hunt have led the league in rushing yards per game with 187.6 yards. However, their offense will be taking a hit as Chubb was recently ruled out with a knee injury. This week, the Browns face the undefeated Arizona Cardinals that have allowed the fourth most rushing yards per game in the league. While Chubb may be unable to play this weekend, fantasy managers should be thrilled as Hunt’s role in a run-heavy offense just expanded enormously.

Mark Ingram, Houston Texans. The Texans are headed in the wrong direction. After the Texans brought in Ingram, Phillip Lindsay and Rex Burkhead to pair with David Johnson in the offseason — their stacked running backs have been very underwhelming. Houston has the fifth worst rushing offense and hasn’t had a running back surpass 100 rushing yards in a game. H-Town fans will have to continue to suffer more, as the Texans take on the Indianapolis Colts defense that held the Baltimore Ravens to under 80 rushing yards last week. Fantasy managers should seek other options at the running back position as Ingram is borderline benchworthy.

Emmanuel Sanders, Buffalo Bills. The 12-year veteran has found new life in Buffalo. After considering retiring, Sanders has joined one of the most electric offenses in the league led by Josh Allen. While Stefon Diggs is Allen’s number target, Sanders has emerged ahead of Cole Beasley as the second option on offense. Sanders has become very consistent in fantasy football as he’s averaged 64 yards and a touchdown a game. This week the Bills will face the Tennessee Titans secondary that ranks in the bottom half of the league in passing yards allowed. Sanders is becoming a solid sleeper in an unstoppable Bills offense.

Tyler Lockett, Seattle Seahawks. Lockett is a fantasy football manager’s worst nightmare. Some games he will go out and drop 30 or more points and the next week he will score 6 points. His inconsistency has been the story of his career, and will only get worse after Russell Wilson was placed on the injured reserve with a broken finger. The Seahawks will be in the Steel City on Sunday against a loaded Pittsburgh Steelers defense this week. Lockett isn’t worth the risk as fantasy managers get closer to the more important weeks of the season.

Tyler Higbee, Los Angeles Rams. The Rams offense has played like the most complete team in the league. Led by newly acquired quarterback Matthew Stafford, the Rams have powered through opposing defenses scoring the eighth most points per game in the league. Higbee has done an outstanding job filling the hole at the tight end position after Gerald Everett left for Seattle. This week the Rams will face a banged up New York Giants team that has allowed the 10th most receiving yards in the league. Higbee has the potential for a breakout game this week against an easier matchup.

Darren Waller, Las Vegas Raiders. Don’t get me wrong, Waller is a phenomenal tight end, and is one of the top three tight ends in the league. However, with all the issues surrounding the Raiders this week after Jon Gurden resigned and the recent losing streak — the black and silver crew are headed in the wrong direction. Life doesn’t get any better this week as the Raiders will battle their rivals the Denver Broncos. Mile High’s defense has allowed the fifth least receiving yards per game in the league. Fantasy managers should beware of a dip in production as the Raiders attempt to figure out their new coaching situation.

Harrison Butker, Kansas City Chiefs. What has happened to the Chiefs? One season they are competing in the Super Bowl and the next they are dead last in the AFC West. In the Chiefs defense, their schedule has been very tough with two of their three losses coming down to the final minutes of the game. Patrick Mahomes is pissed off, and he will be able to let out his anger against a Washington Football Team’s defense that ranks second in most points allowed per game. Butker should have no issues getting involved in the Chiefs offense this week.

Randy Bullock, Tennessee Titans. Round Randy has returned and is ready to bless the NFL with more kicks. Since being released by the Bengals last season, Bullock found a new home in Nashville where he has made 19 of his last 22 field-goal attempts. In a Titans offense led by Derrick Henry that ranks top 10 in points scored per game, Bullock has found plenty of opportunities to get on the board. However, this week, the Titans will face a Buffalo Bills defense that has allowed a league-low 12.8 points per game. The matchup this week is enough to scare any fantasy manager from adding Bullock into their starting lineup.

Jacksonville Jaguars Defense. Urban Meyer’s coaching job has heated up. The Jaguars are still winless and have officially reached 20 straight losses, which is the third longest streak in NFL history. Even with all the struggles, the Jaguars have their best chance to get their first win in over a year. This week, Jacksonville will travel across the pond to play in London against the Miami Dolphins offense that has scored the second least points scored per game in the league. With the Jags playing in their “real” home stadium, the defense will have a great opportunity to end their dreadful losing streak.

Chicago Bears Defense. The Monsters of Midway are creeping their way back into the mix. After a slow start, the Bears have found their rhythm with their most recent win against the Raiders in Las Vegas. Justin Fields has only gotten better, but it has been their defense that has stepped it up the most leading the league in sacks. Still, the Bears will be put to their biggest test of the season against the rivals Green Bay Packers that rank in the top half of points scored per game. With Aaron Rodgers coming to Chicago for perhaps the final time in a Packers jersey, Rodgers will likely get the last laugh.