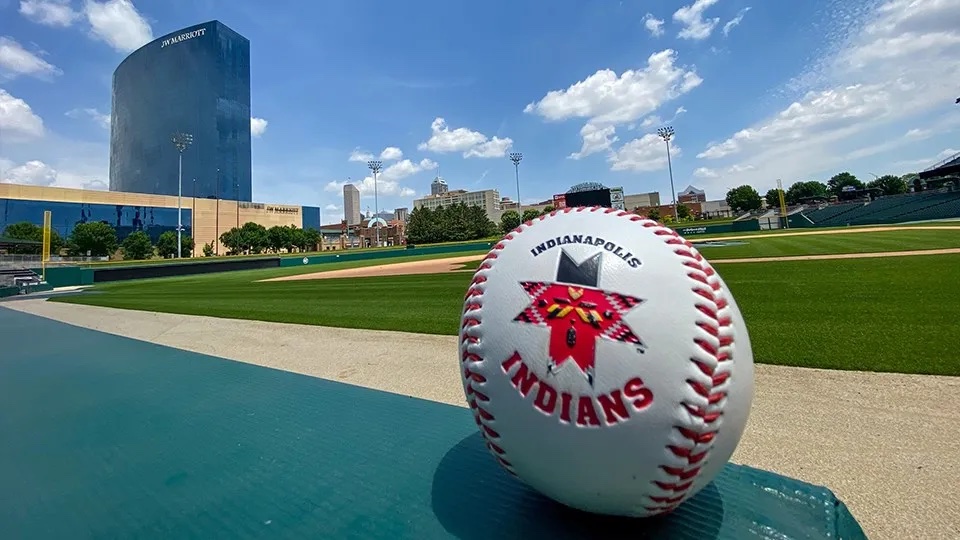 The Indianapolis Indians are a Minor League Baseball team of the Triple-A East and the Triple-A affiliate of the Pittsburgh Pirates. Photo courtesy of insideindianabusiness.com.

As I geared up to sing the national anthem on Sept. 19 at the Indianapolis Indians game, I took a look around Victory Field. A beautiful stadium with a surprising amount of seating capacity for a Triple-A ballpark.

“It’s a perfect day for a baseball game,” I thought to myself. “The weather is great, it’s a Sunday afternoon, the tickets are affordable, what else could you ask for?”

However, a more pressing question kept repeating in my head — where are all the fans?

The game was about to start and the stadium must have been an eighth full, max. When we finished performing we only heard the applause of about 1,000 people. Although a cool experience, it was very underwhelming compared to what you think it would be like singing at a professional sporting event. I couldn’t help but reflect on how all this was a working operation.

Sure, people like me enjoy coming to watch the prospects show off their talents, but it didn’t seem like there were enough fans in the stands for the organization to be making any profit. I began to wonder if the Minor Leagues, in general, receive enough attention to pay their players well.

After careful research, I discovered the hard truth.

Minor League Baseball organizations underpay their prospects heavily. According to The Athletic, Minor League baseball players have been severely underpaid and silenced for decades. Unless you are a highly rated top prospect, the average minor leaguer’s current salary ranges from $10,000-$15,000 dollars annually.

An article written by Chelsea Janes for The Washington Post elaborates further on the pay, or lack thereof, in Minor League baseball.

“Many minor league baseball players make less than minimum wage,” Janes wrote. “Many are not paid during spring training or the offseason, though they are expected to commit all of their focus to baseball at those times, too.”

Not only is this concerning for the players as they hardly make enough money for a living, but it is also a disheartening issue for baseball lovers like myself. Through my research, I have developed very hard feelings towards the MLB and their inability to support the Minor Leagues and give these hard-working players the wage that they deserve.

I understand that the MLB has dealt with the pandemic just as everyone else has. In fact, according to Sports Illustrated, 40 Minor League teams were cut in the winter due to the massive losses sustained from the COVID-19 virus.

Regardless, I believe there are no excuses to be paying these professional athletes as much as a McDonald’s worker. Major League Baseball must make an effort to help these young players live out their dreams of making it to the big leagues one day.

After all, most of these players are college-aged and don’t have the time to be working two jobs when they are expected to train and perfect their game almost every day. As for the remaining older players on the roster who have been stuck in the minors for ages, they also need a more significant and consistent paycheck to provide for their families.

Therefore, my solution would be for the MLB commissioner Rob Manfred and his team to develop a five-year plan that would help the minors recover financially.

The first step would be to find a way to filter the money down through the baseball divisions.

The majority of Major League Baseball teams are worth over two billion dollars, and the rest over one billion dollars — coming to an average of 1.9 billion per club. Simply take a portion within the next few years from every team and the league’s profit, and dedicate it to player wages in the minors. The MLB teams will survive, and they won’t be taking enough to jeopardize their profits.

Next, would be to set a minimum wage for every player’s contract. I believe they should be making at least $40,000 a year, a much more manageable salary compared to $15,000.

They also should provide housing for the players — which would possibly be more cost-effective for the athletes — as they currently are forced to figure out their own living situations. Finding money for housing can happen through promoting Minor League Baseball on a much larger scale using advertisements and social media.

Minor League Baseball should also be open to drastic schedule changes. One idea that they should consider is changing their division format to that of European football, where clubs are able to be promoted or relegated to more or less competitive leagues based on the success they had during the previous season.

Overall, there must be more buzz surrounding the Minor Leagues and what they have to offer. These are talented players and an enjoyable brand of baseball to watch. If the players are not receiving the recognition and wage they deserve, the game will simply start to die. The MLB must find an answer to the crisis at hand and stop treating their employees with so much disrespect.