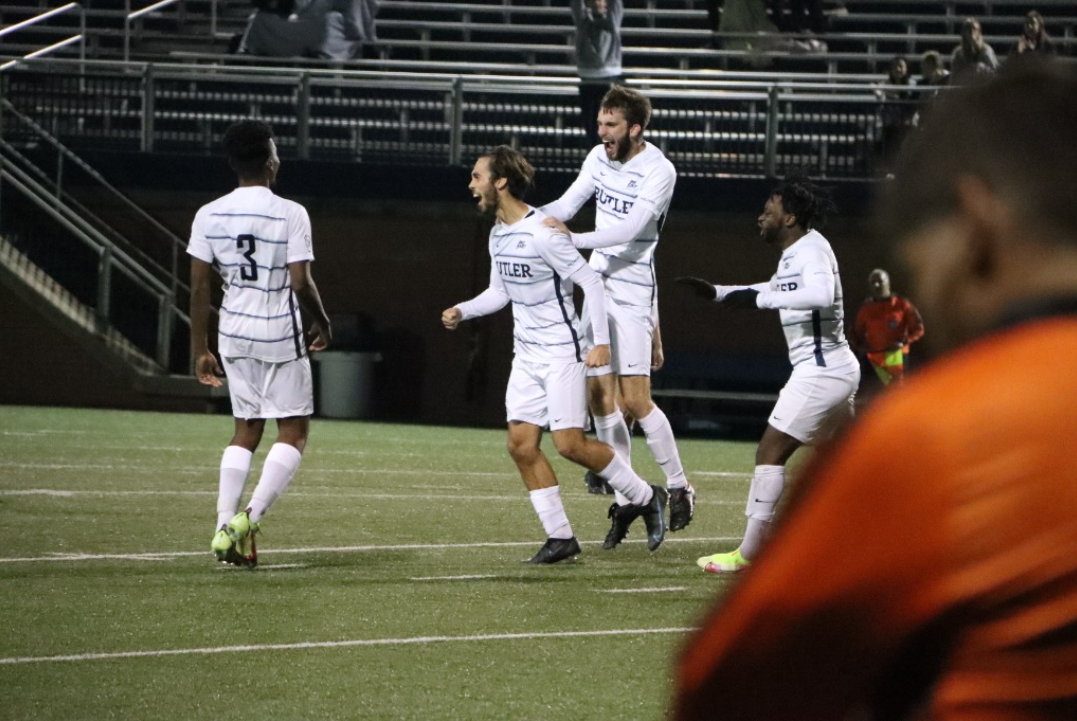 Marquette produced their first clear-cut chance in the fourth minute. Redshirt freshman forward Beto Soto cut inside from the right wing and, from about six yards out, dispatched a near post shot that was one of many saved by Butler’s senior goalkeeper Gabriel Gjergji.

The remainder of the first half was a back and forth battle with chances for both sides but neither team could capitalize.

The game took a turn in the second half as it became a chippy affair with yellow cards being handed out left and right. At one point early in the second half, a Marquette coach dismissed himself from the sidelines to find a spot in the stands behind the bench to watch the game.

In the 69th minute, the Golden Eagles were reduced to ten men after Salmeron challenged for a ball in the air and hit Butler’s redshirt junior midfielder Jack Streberger in the head with a flying elbow. Despite being down a man, Marquette proceeded to dominate offensively.

“Sometimes when you’re playing against ten men it’s just hard because they all get wound up and that’s what they did,” Butler coach Paul Snape said in a postgame interview. “Marquette’s a quality team.”

Butler’s Gjergji held off Marquette for much of the second half, making a highlight reel of athletic saves, but the Golden Eagles found an equalizer in the 82nd minute. A teasing cross from Soto found the head of redshirt sophomore forward AJ Franklin who steered the ball into the net from just a couple yards out.

Butler established itself again in the overtime periods and found the game-winner in the second overtime. Redshirt sophomore midfielder Tommy Visser controlled the ball in the outside left channel and drove towards the Marquette goal which provided an opportunity to slot the ball to the top of the 18-yard box. Visser’s ball found Breitkreuz whose low shot got lost in the crowd of defenders and connected with the back of the net.

“It was a strange one tonight cause I’ve never seen so many yellows. It’s not easy as a coach because you’ve got to manage the discipline,” Snape said. “Overall it’s a really good win against another Big East opponent.”

Butler moves third in the Big East standings with a record of 4-2 and an overall record of 6-6-1. Butler plays in another Big East matchup this Saturday when they travel to Chicago to face off against DePaul.