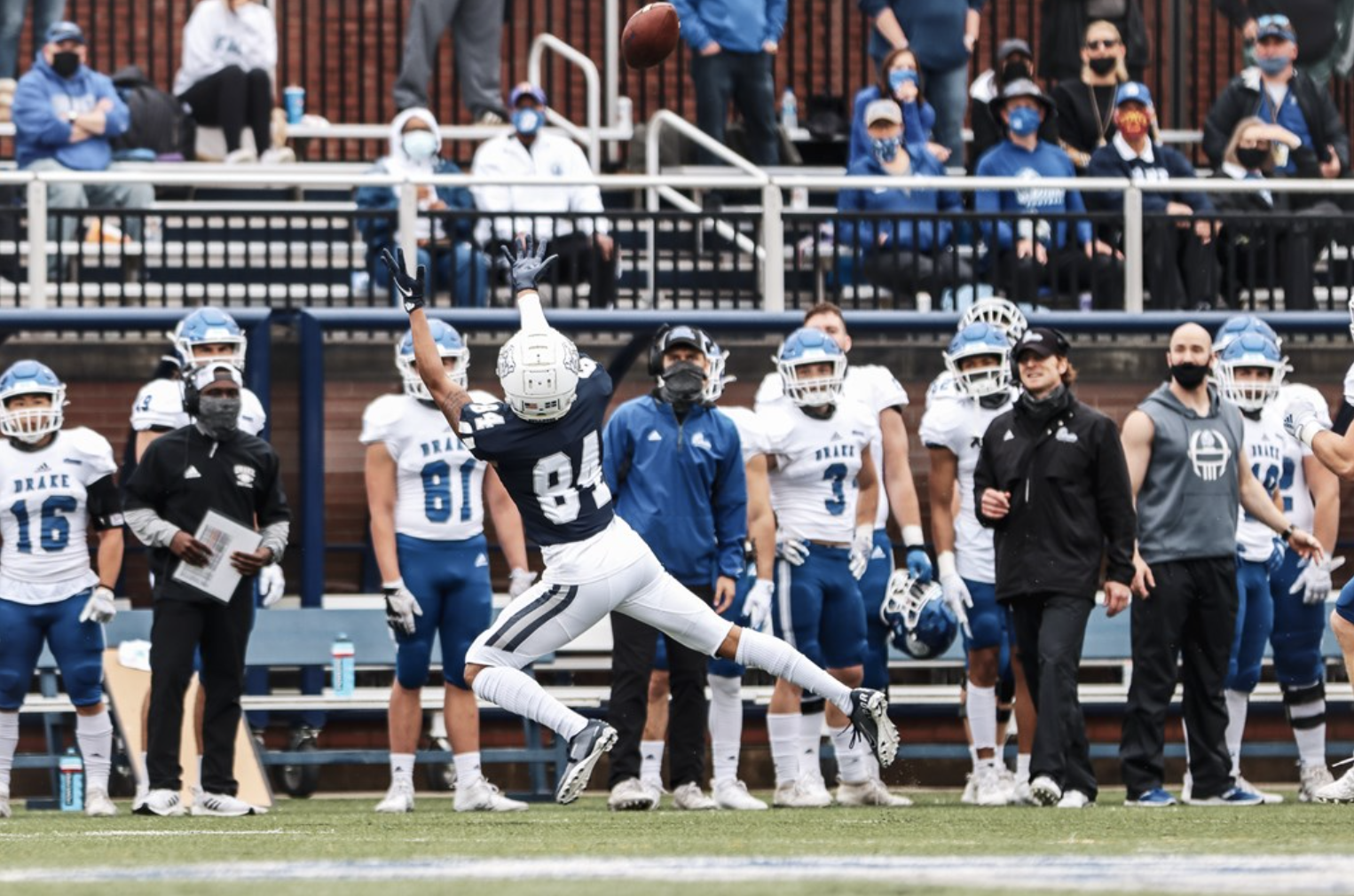 Butler wide receiver Yogi Flager lays out for a catch during a matchup against Drake last spring. Photo courtesy of Chandler Hart.

The Butler football team fell to the Drake Bulldogs 6-3 in their PFL home opener on a rainy Saturday afternoon and tumble under .500 with a 2-3 record.

The game started off slow for both teams after a scoreless first quarter.

Early in the second, Drake drove the ball deep into Butler territory, but Butler’s defense held on as defensive lineman Jordan Casselberry made a huge stop on fourth and short to give the ball back to Butler.

Later in the second, quarterback Bret Bushka converted on fourth down with a five-yard pass to running back AJ Deinhhart to put Butler in field goal position.

Kicker JJ Wadas kicked a 40-yard field goal to put Butler on the board 3-0 going into halftime.

Late in the third, Drake marched 90 yards down the field resulting in a 4-yard touchdown run by running back Cross Robinson, but kicker Shane Dunning’s extra point was no good — moving the score 6-3.

Bushka set Butler up at the Drake 2-yard line after a couple of runs but the ball was quickly turned over after defensive lineman Max Johnson forced quarterback Nick Orlando to fumble at the Drake’s one-yard line. Linebacker Declan Carr dove on the football and recovered it for a touchback.

Following the turnover neither team was able to do much. Butler struggled to put together a durable drive in the fourth quarter and was forced to punt.

With 5:53 left in the game, Dunnings attempted a 49-yard field goal but was no good, and Drake was not able to add to their lead.

Butler— looking to turn things around — will host the University of San Diego Toreros next Saturday, Oct. 9 at noon.