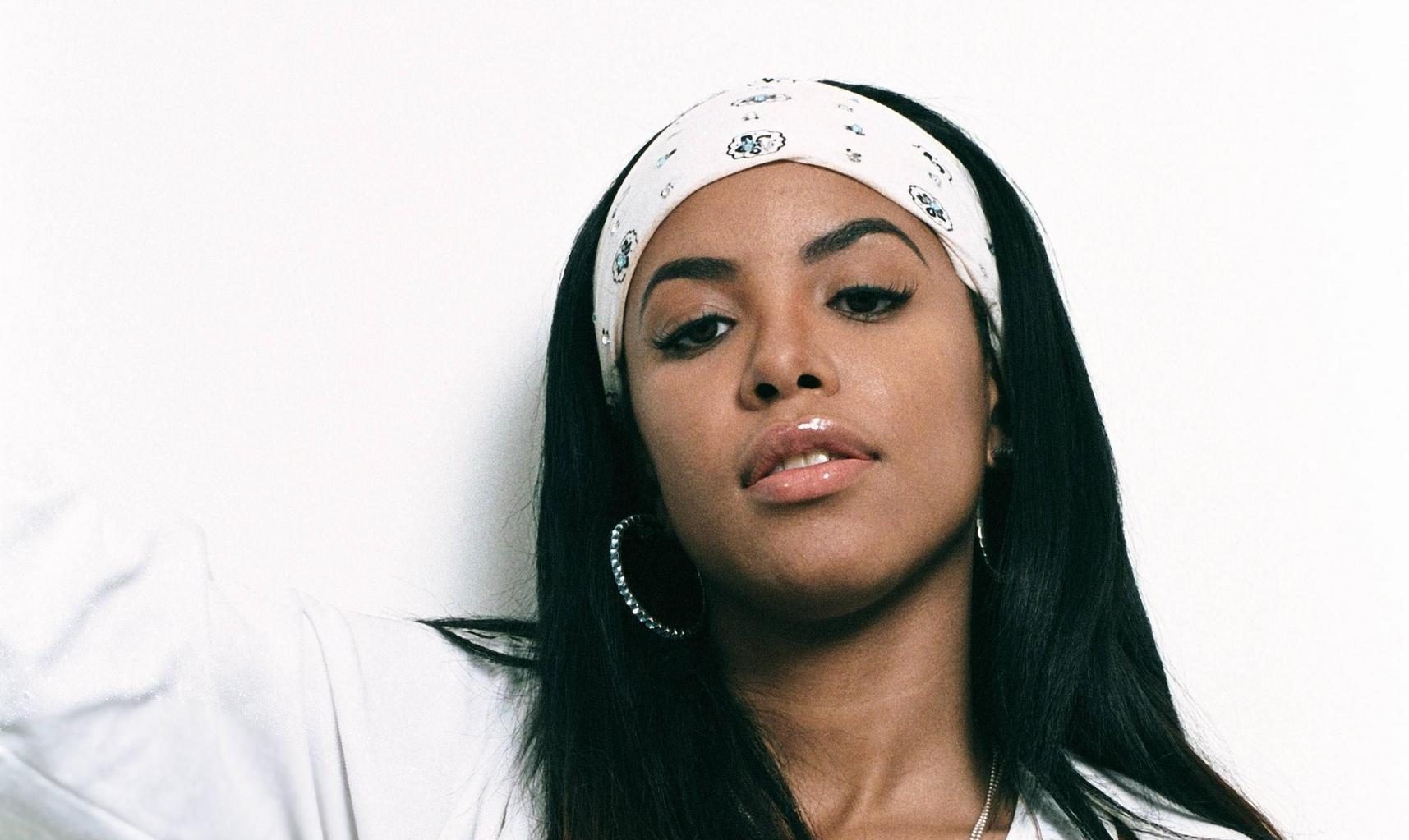 Aaliyah at 20 years old, is dressed in a white bandana and all-white activewear. Photo by Salifu Idriss.

Disclaimer: The article contains mention of pedophilia and grooming.

On Oct. 8, musical history will be made, as this is the first time ever Aaliyah’s full discography will be put on streaming services and digital platforms. The R&B singer’s full discography has never been widely available outside of physical CDs, even since the birth of the iTunes store or streaming services. Its availability is the beginning of restoring the late and great Aaliyah’s legacy in the public eye and recognizing her as one of music’s icons that have gone too soon.

Aaliyah Dana Haughton, born on Jan. 16, 1979, was an American singer, actress, dancer and model. Her family and close friends often called her “babygirl” as a term of endearment and love. Her life was cut tragically short when she passed away Aug. 25, 2001 in a plane crash. She was only 22 at the time of her death.

She began making music when she was signed to her uncle, Barry Hankerson’s, record label, Blackground Records. Hankerson introduced the 12-year-old Aaliyah to the man who would become her first album’s producer: R. Kelly.

The album, “Age Ain’t Nothing But A Number,” was written and produced by Kelly. It received mostly positive reviews at the time. However, it would soon become overshadowed by the allegations of pedophilia against Kelly, who had illegally married Aaliyah when she was only 14.

Between the name of the album and his grooming of Aaliyah, Kelly deservedly began his fall from grace in the public eyes, with him finally facing life in prison for racketeering and sex trafficking this September. Aaliyah signed to Atlantic Records in 1996, still operating under Blackground, and was given different producers.

The R&B starlet soon met the up-and-coming production duo of Missy Elliott and Timbaland. Aaliyah began working with them exclusively on her second studio album, “One in a Million,” in 1996. The album was an immediate success and is still cited as one of the biggest R&B albums of the decade.

Aaliyah’s final, self-titled album came out in July of 2001. Colloquially known as The Red Album for its distinctive color, the album delivered her magnum opus, her crowning artistic achievement. The album is a grand testament to Aaliyah’s experimentation in the R&B genre and how the standard she set for R&B women to come.

What took so long?

For her final two albums and subsequent posthumous collections, Aaliyah was signed with Atlantic Records and Blackground records. However, at Atlantic, Hankerson had agreed to have full control over Aaliyah’s masters. Thus, Atlantic could do nothing with her material following her death unless given permission by her uncle.

Hankerson had gone into seclusion following Aaliyah’s death, doing nothing in regard to her music in the digital age. Slowly, the CDs declined in production and became a rarity. Her music had not been digitized officially, although fan copies existed on the internet for a while. While these fan copies were the only way to listen to Aaliyah’s music until this year, her estate didn’t see any revenue from her music since her passing.

Thus, a divide still exists between her estate and her uncle’s control of the masters. Her estate had been consistently trying to gain control of her masters and legacy material. However, following a statement made by her estate in Aug. 2020 about getting her music away from Hankerson and on streaming services, Hankerson himself took the opportunity as a “green light” to put Aaliyah’s masters, along with his other artist’s masters, on streaming.

Tatiana Montavon, a senior journalism major and music industry studies minor, points to how the accessibility of Aaliyah’s music will help her legacy.

“It makes it a lot more widely known,” Montavon said. “It’s public that anybody at this point now can find her music, as long as they have a Spotify account or an iTunes account. Whereas before it was really only people who knew of her that would know her music. Her legacy can grow a lot more.”

The 500 greatest songs ever

In a recent effort to diversify their greatest song of all time, Rolling Stones published a reworked version of the list from the original 2004 list.

Rolling Stones’ efforts to diversify this list make it clear that only a select few minorities are allowed to enter the upper echelon. “Respect” by Aretha Franklin was crowned the best song of all time, but of the top 20 songs, only three women of color are present. Those women are Aretha Franklin, who is undeniably the trailblazer for all female artists, Missy Elliott, who changed the entire sound of the 90s and 00s music, and Beyoncé, the people’s Queen Bey who needs no introduction on her musical impact.

While this diversity is important, it is far from enough. With the abundance of classic rock on Rolling Stones’ list, it is hard not to see the irony. Despite almost every rock song on the list being made by white people, Sister Rosetta Sharpe, the queer black woman who is credited for birthing rock and roll itself, is nowhere to be seen.

Pulling from so many genres also means artists like Aaliyah will get passed by on lists like this. If her music was widely available prior to this year, she would have a much stronger and fruitful legacy; one that reflects her impact on the music world. Because of the issues with her music’s availability, her legacy is ranked against those who have had less impact on the music industry.

Despite this, Aaliyah fans everywhere are rejoicing. While she is no longer with us, a new era begins for Aaliyah. Hopefully, this new era will not only demand the respect of her impact, but also show the wide population what an impact our Babygirl had in her lane.

Throughout her entire career, Aaliyah was taken advantage of by men, who sought to profit off her. From the horrible R. Kelly to her uncle who clutched her masters to his chest, she still came through at the end of the day. Her voice was the one thing no one could take from her.

Aaliyah should be regarded as one of the biggest feminist icons of the 90s and 00s. From her resilience against the men in her life to her contributions to the male-dominated R&B genre, she often went against the grain of common expectations in her industry. Her willingness to give other women like Missy Elliott a huge platform and her popularization of traditionally male fashion made her a trailblazer who cared for her female colleagues.

Senior education major Eduardo Gonzalez points to Aaliyah’s impact on older generations of music as an essential part of what will excite many new listeners today.

“Younger people who know a bit about Aaliyah from family member[s] or parent[s] will have [the] opportunity to experience music releases firsthand,” Gonzales said. “They’ll be able to form a more personal relationship with the music even though she’s been gone for twenty years.”

Her music has also stood the test of time, with many artists listing Aaliyah as a huge influence. Janet Jackson — one of the biggest pop stars of all time — spoke about Aaliyah and her impact for years to come after. Beyoncé, one of her biggest contemporaries at the time, had a special love for Aaliyah and continues to show her love.

Montavon said Aaliyah’s influence over some of the biggest musicians today will help boost her credibility and streams.

“It will see a revival of her influence,” Montavon said. “More younger artists and younger generations will be drawn to her music because some of their favorite artists were influenced by it so they might go and seek it out.”

“With the music on streaming and filmed concerts and unreleased photoshoots, it’s a big start,” Gonzalez said.

Aaliyah and her legacy matter. Everyone who has heard her albums knows how special she is, how one in a million her music is. She and her fans share a special connection with each other, one born from mutual understanding. Now, that connection is finally widely available to anyone who wants to join in.

Rest in peace, Babygirl. We’re so glad to see you again.