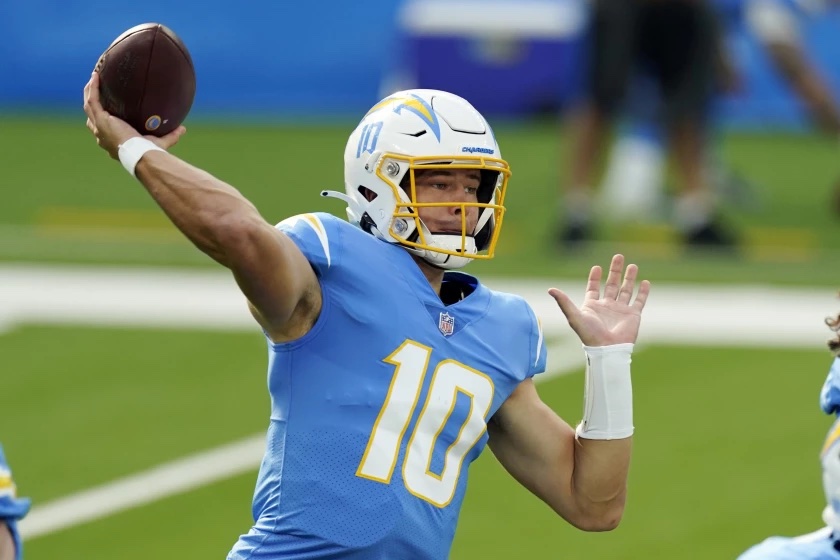 The arrival of September brings sports fans across the country time to breathe a sigh of relief. The NFL is back! After another exhausting pandemic-filled year, it is time to break and focus on something more positive like the return of fantasy football.

Now that most fantasy leagues have completed their drafts, it’s time for fantasy managers to focus on getting ready for the start of their fantasy football seasons.

From many new faces in new places, to injury updates from the offseason and the addition of an extra week of football in the regular season — some managers might find themselves needing a little extra advice when setting their lineups. This weekly fantasy football guide will answer those questions by listing some of the best and worst options to have in the lineup at every position for the entire season.

Beginning with one of the most thrilling days of the year, Week One—where many teams look to begin a new journey in their franchises towards the glory of Super Bowl LVI. Here are the key players to start and sit to kickoff another spectacular season of the NFL.

Matt Ryan, Atlanta Falcons. Making his return for the 13th straight season for the Falcons is the one and only Matty Ice. While Ryan may not be considered a top-tier quarterback, he still remains a solid option moving forward thanks to his outstanding receiving core. Between wide receiver Calvin Ridley and fourth overall pick Kyle Pitts, the Falcons offense is sure to be a high-flying unit. This week, Ryan will face the weakened Philadelphia Eagles defense who were ranked in the bottom half of the league in passing yards allowed last season. Despite the loss of Jones, Ryan still has enough receiving options to make him worth a spot in fantasy managers’ lineups.

Justin Herbert, Los Angeles Chargers. Last year’s Offensive Rookie of the Year is returning to an offense that only got better. The Chargers already had superstar talents like Keenan Allen and Austin Ekeler to go with Herbert, but one thing they lacked was an offensive line. This offseason, the Chargers responded by drafting Rashawn Slater and signing Corey Lindsley. While this team is built for success going forward, Herbert’s first matchup is against the Washington Football Team, who had the second best pass defense in the league. Herbert has the potential in the future, but as for now, he should stay on the bench.

James Robinson, Jacksonville Jaguars. The Jaguars have had a WILD ride this offseason. The team who held the first overall pick chose to add Clemson quarterback Trevor Lawrence along with new head coach Urban Meyer in hopes of finding a new identity. For Robinson fans, all seemed well until with the 25th overall pick, where the Jaguars drafted a running-back and fellow teammate of Lawrence, Travis Etienne. However, during a preseason game Etienne suffered a season ending injury. Ultimately, Robinson was handed back the crown for the lead role in the backfield. With the control now in his hands, Robinson is destined for another breakout start to the season, especially against a Houston Texans defense that allowed the most rushing yards in the entire league last year.

Josh Jacobs, Las Vegas Raiders. After his breakout season last year, most managers believed Jacobs fantasy value would rise as well. However, during the offseason, the Raiders chose to bulk up the backfield by bringing in an excellent pass-catching running back in Kenyan Drake. Now Jacobs will have to fight for touches in a Jon Gruden led offense that may see more passing opportunities than running. In addition, the Raiders will be up against the Baltimore Ravens defense that held teams to the eighth least rushing yards per game in the league last season. Jacobs has the potential for a great season, but as of right now that will need to be put on hold.

Robby Anderson, Carolina Panthers. Ever since arriving in Carolina, Anderson’s skills have been fully put on display. Last year, Anderson had himself a breakout season going for a career-high 95 receptions and 1,096 receiving yards despite being considered the number two option all-season long. Anderson’s value has continued to rise and should have no signs of stopping now that former New York Jets teammate Sam Darnold will be running the reins for the Panthers. Ironically, the first game these two will be playing together will be against, who else, but the Jets defense. Given that Darnold and Anderson have already played together, expect Anderson to pick up where they left off against a Jets defense that is already depleted by injuries.

Allen Robinson, Chicago Bears. Out of all the wide receivers in the league, there is one guy that deserves a little more respect… and that guy is Allen Robinson. No matter who is at quarterback, Robinson has always put up consistent top numbers all while averaging at least one-thousand receiving yards over the last three seasons. This year, Robinson’s quarterback situation got significantly better as Justin Fields became the new face of the Bears franchise. However, the Fields era will have to wait at least one week, as head coach Matt Nagy has chosen to start Andy Dalton over Fields for Week 1. With Dalton at quarterback and a tough matchup against Jalen Ramsey and the Los Angeles Rams, fantasy managers should be on the lookout for a one week replacement for Robinson.

Jonnu Smith, New England Patriots. For the first time since 2008, the Patriots failed to make the playoffs. While many fans were jumping for joy, Bill Belichick was cooking up a devious plan. When teams least expected it, he went out and acquired loads of new talents to bring to the team. One of those players was former Tennessee Titans tight end Jonnu Smith. Smith had three solid seasons with the Titans where he had a career-high 468 receiving yards and eight touchdowns. The Patriots have now filled a major hole in the offense that may see some success early against a Miami Dolphins defense that struggled against opposing tight ends. Smith is a solid sleeper for this week.

Austin Hooper, Cleveland Browns. Continuing with what was a weird season last year, the Cleveland Browns not only made the playoffs—but they even won a game. Although that was an unbelievable turn of events last year, fantasy managers believe the Browns to return to earth this season — as well as their tight end Hooper. With Odell Beckham Jr. returning from a torn ACL and fellow tight end David Njoku back and healthy, Hooper will have a hard time finding targets. His situation doesn’t get any better as his first game will be against the former AFC champs in the Kansas City Chiefs. There are plenty of better options at the tight end position this week.

Ty Bass, Buffalo Bills. Bills Mafia is this going to be the year? Last season certainty brought hope to the city after Josh Allen led one of the most electric offenses in the league. The Bills averaged 31.3 points per game which was only behind the regular season MVP Aaron Rodgers and his Green Bay Packers offense. This season, the Bills will look to rekindle their success after adding more depth on offense. For Bass, this is good news, because the easier the Bills can move the ball downfield—the more opportunities he has to score big points for fantasy managers. Even though the Bills are up against the Pittsburgh Steelers defense — which allowed the third least points per game last season — Bass and the Bills offense should still be able to put up big numbers to kickoff what could be another magical season.

Brandon McManus, Denver Broncos. The Broncos are in a state of confusion. After having very high expectations to contend with the Kansas City Chiefs for the AFC West title, the Broncos fell way short of that — finishing dead last. Drew Lock failed to produce while on the hot seat and has since lost his job to new acquisition Teddy Bridgewater. With so much unknown in the Broncos organization, McManus’s value as a starting kicker should also be in question. To add insult to injury, the Broncos will be against a New York Giants defense that allowed the ninth least points per game. Until the Broncos figure out whether they are contending for the playoffs or rebuilding, fantasy managers should beware of McManus.

Tampa Bay Buccaneers Defense. The Super Bowl Champs are back and ready for round two — no literally. The Bucs are returning all 22 starters from the prior year while also adding more young talents on defense. This team is stacked on all fronts and is ready to wreak havoc on the league once more. Their first victim will be up against a banged up Cowboys team with Dak Prescott dealing with shoulder soreness and Zach Martin out after testing positive for COVID-19. Starting this defense should be a no-brainer this week.

Indianapolis Colts Defense. After a busy offseason dealing with injuries to stars Carson Wentz and Quintin Nelson, the Colts are stumbling their way into the first week of the season. Now the Colts defense isn’t anything to mess with as they gave up the 8th least yards per game last season, but the one piece the Colts defense is still missing is a cornerback. Unfortunately for the Colts, they will be receiving another rude awakening once DK Metcalf and the Seattle Seahawks come flying into town. The Colts defense is a solid defense to have for the season, but this week fantasy managers should find a better option.