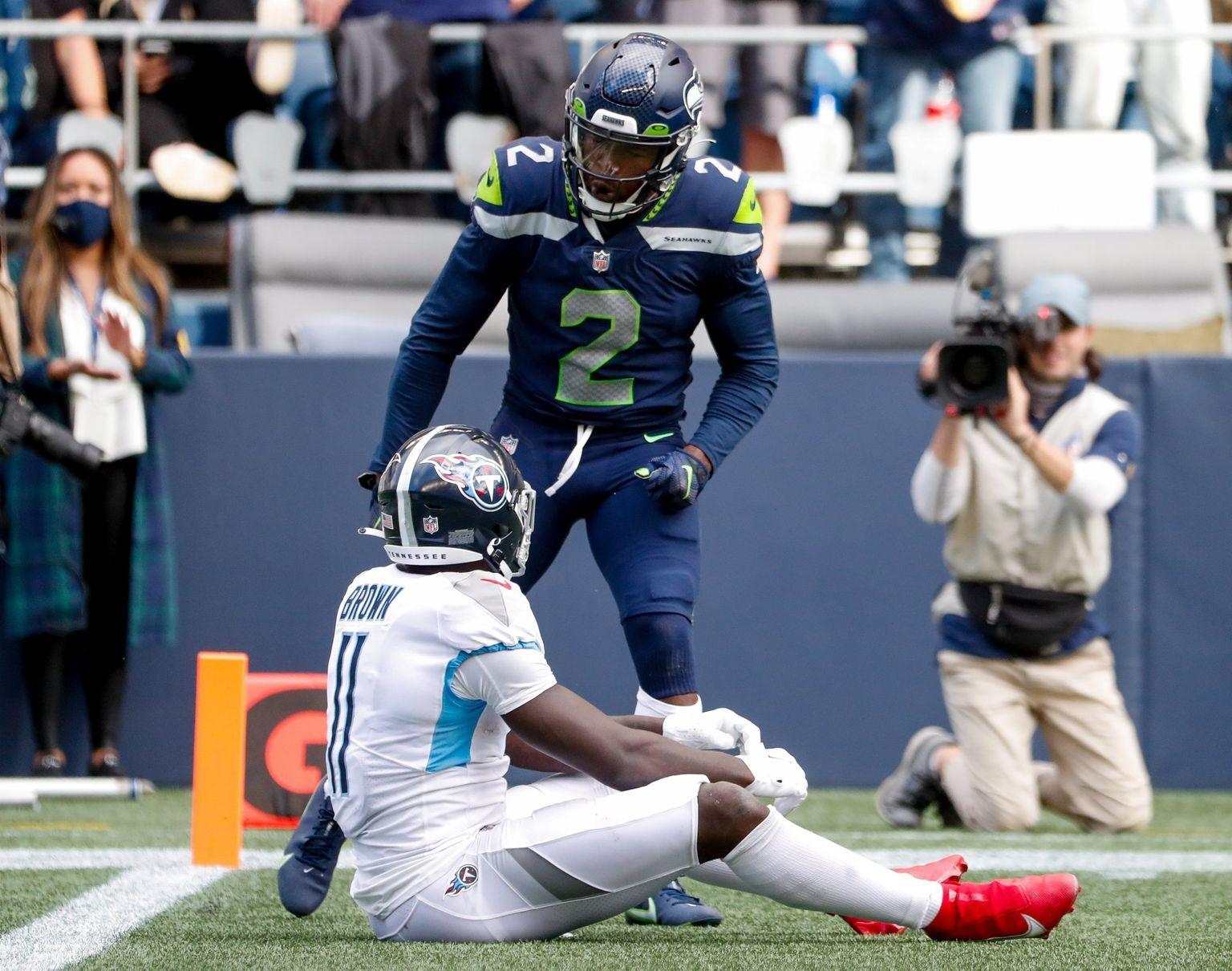 In a closely contested affair between the Seattle Seahawks and Tennessee Titans, the most influential event in the entire game was a penalty given after a play in the 4th quarter. While many would guess this could have been due to a pushing match after the play or defensive pass interference, it was neither.

In fact, it had nothing to do with the play itself. D.J. Reed was penalized for taunting after simply flexing his arms while looking at Titans receiver A.J. Brown. This was hardly taunting — Brown did not even react to Reed’s supposed unsportsmanlike conduct.

For the Titans, this penalty gave them another chance to score the touchdown they were so desperately looking for down seven points late in the 4th quarter. Unfortunately, that little flex of the arms set up a touchdown drive for the Titans, who eventually won in overtime.

Regardless of the result, this flag seems excessive. More often than not, this reaction to a good defensive play is not penalized. Ironically enough, Reed celebrated another good defensive stop in a similar fashion earlier in the game.

The egregious inconsistency between what is and what is not taunting has never been more apparent, and appears to be completely subjective to an official’s discretion. This is not the first time a new rule implementation has had a negative impact on the game.

After the introduction of targeting, many fans and players alike were questioning the language of what was considered a targeting call. Despite the issue of targeting remaining relevant multiple seasons later, it appears that it will have to take a back seat to taunting calls for the time being.

With the implementation of more cameras, reviews and strict officiating, taunting should have been a clean installation into the NFL’s rulebook. However, it seems the NFL has begun to contradict itself.

Oddly enough it was an NFL-backed effort to install endzone celebration cameras only a couple of seasons ago. Initially it was a way for offenses to celebrate after a touchdown but units on both sides of the ball took to the idea quickly. Defenses across the league took that new feature as a way to celebrate turnovers before returning to their respective sidelines — which can be viewed as taunting.

Moreover these celebrations can and have been performed while in front of the opposing fan section. So does the NFL really believe they are cracking down on players and teams attempting to provoke the opponent?

It would appear that the NFL’s trouble with taunting will not change until the players show some sort of organized opposition towards the unnecessary overactions from officials. As officials continue to increase in the number of penalties, particularly with defensive pass interference and illegal touching, will the taunting rule eventually become the new penalty demon for defenses?

Certainly a question that cannot be answered at this moment, but the language enshrined in the league’s rulebook does not warrant the influx of taunting calls we have witnessed since the beginning of the regular season.

D.J. Reed’s supposed taunting does not exactly fit into any of the official reasons that warrant a penalty.  According to Article 1 of the Prohibited Acts of NFL Rulebook, Reed was not, “throwing a punch, or a forearm, or kicking at an opponent even though no contact was made.” Reed also did not “use abusive, threatening, or insulting language or gesture.” Lastly, he did not “use baiting or taunting acts or words that engender ill will.”

Reed’s entire celebration lasted a grand total of three seconds and he only flexed his arms at Brown for no more than one second. Again, if Brown had retaliated or reacted this call would have made sense, but the fact of the matter is that Brown did not even react.

It appears that the NFL will continue to suffer from an inability to make consistent and correct calls regarding taunting. Despite the supposed clear language in the league’s rulebook, officials have not been able to distinguish between celebration and taunting.

Part of this is human error, but the NFL is allowing too many calls to slide. We can expect miscall trouble every once in a while, but the league’s officiating core must begin to take steps to improve decision making on penalties or fans will continue to watch their teams lose crucial games over simple mistakes.