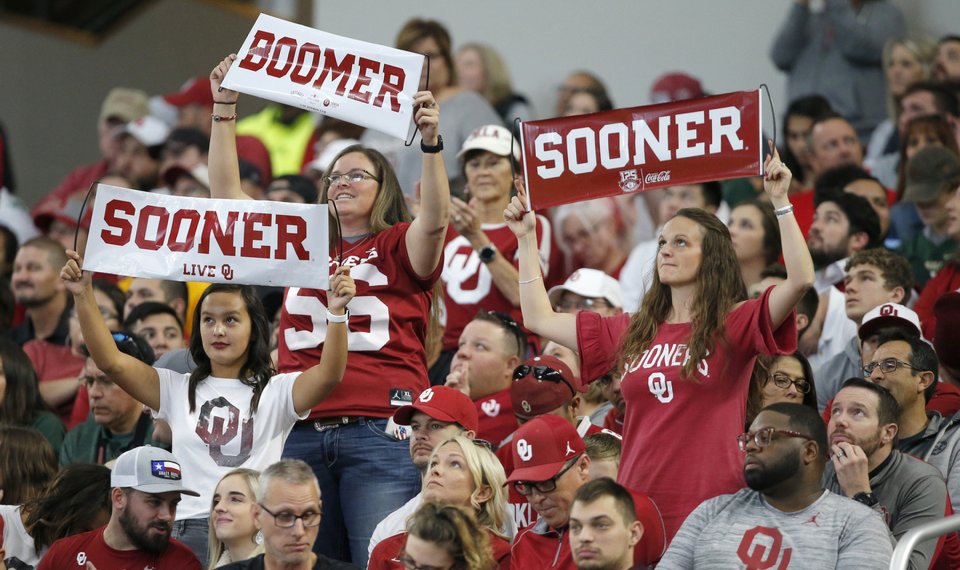 Fans cheering during an Oklahoma Sooners football game. Photo courtesy of the Oklahoman.

The first major changes to college conferences began this summer, when University of Texas and Oklahoma University both announced their move to the SEC, leaving behind the Big 12 conference — a conference which they had founded in 1994.

No big deal right? Most of the schools in the SEC are relatively close to where these schools are located. However, this joint move has opened up several significant flaws in college conferences.

Ever since the major college conference shift of 2013, there have been several schools who seemingly are affiliated with conferences that are not quite in their region.

West Virginia plays in the Big 12 and often has to play teams in states like Texas and Oklahoma, which is no easy commute compared to most other athletic programs. In the Big Ten, teams like Maryland and Rutgers are often forced to travel almost halfway across the country to states like Nebraska and Minnesota for a single game.

Despite this, the most outlandish conference change will begin in 2023 and will make the previous commutes look like a quick breeze.

In order to replace Oklahoma and Texas, the Big 12 has added BYU, UCF, Houston and Cincinnati to join the conference. From a pure competition standpoint, it seems like a good move that will help maintain the Big 12’s status as a “power conference.”

Logistically speaking, however, the addition of these teams will be far from a good move.

For any student athlete, traveling for one game can be a very annoying experience that is extremely time consuming. With conferences like the new Big 12, student athletes will most likely be faced with situations such as traveling from Provo, Utah to Orlando, Fla. for any given athletic event.

Keeping this in mind, how does this benefit student athletes in any way? Is traveling across the country through multiple time zones for one game really beneficial for them?

Student athletes are expected to take classes just like everyone else, but with trips like this becoming a norm that will happen multiple times a year, how does this help anything? Holding up academic standards when athletes are regularly spending a significant portion of their week traveling to other schools will be a very difficult task.

Still, playing in a conference in which several member teams are on opposite sides of the country? It seems like a recipe for a logistical disaster — jet lag, exhaustion and lots of spending on charter travel.

While financially these moves will likely be great for the Big 12 and will help draw in viewership from fans all over the country — it is clearly at the expense of these student athletes.

There seems to be way better solutions for conference alignments in college sports, but at the end of the day, conferences such as the Big 12 have made it clear that money speaks louder than logistics.