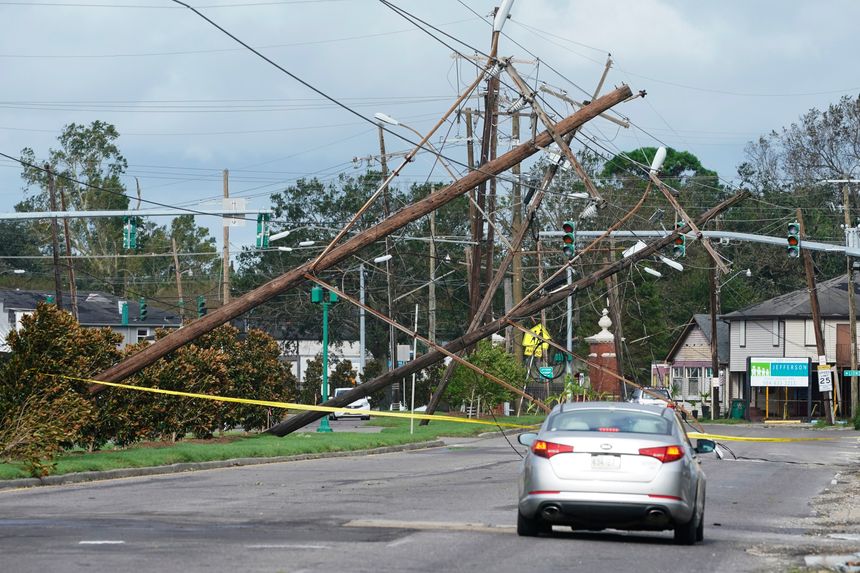 Hurricane Ida swept through New Orleans and much of southeast Louisiana last week and the damage it caused will affect the citizens of the area for years to come. Ida has also had an effect on the Butler community, with multiple students from New Orleans and other parts of Louisiana who have been affected by the storm.

Ida made landfall as a high-end Category 4 hurricane on Sunday, Aug. 29 with wind speeds up to 150 mph. Parts of Louisiana lost power, communications and clean drinking water. There is going to be an estimated $18 billion loss associated with the damage resulting from Hurricane Ida.

Jamie Christian, a senior English and middle secondary education double major from New Orleans, had experienced Hurricane Zeta firsthand last year, and now has to watch her family experience the effects of Ida from afar. With the power outages occurring in New Orleans, Christian said she has only been able to hear from her family a couple of times since the storm.

They also told her that they were going to evacuate New Orleans and travel to Houston to escape the hurricane. She was told to contact her aunt, who lives in the Indianapolis area, if she had any family concerns.

Christian said that not knowing the status of her family and their safety has been one of the toughest parts of Hurricane Ida for her.

“The week was really hard,” Christian said. “So, I guess I was just super anxious about the state of my family and the fact that I can’t do anything.”

Christian also said that she is worried because her dad is home alone and has to figure out how to live without power and clean drinking water, while also caring for their three dogs. She added that she hopes that people will pay more attention to how the hurricane has affected her home and realize how big of an impact it has had on the community.

“Everyone just kind of gives it like a day’s worth of attention,” Christian said. “And it’s like, wow, that’s really sad.”

English professor, Joseph Colavito, would also like for more people to understand how much people and families are truly affected by hurricanes. Colavito was a professor at Northwestern State University in northwest Louisiana during Hurricane Katrina and Hurricane Rita, and he helped teach college students who were displaced from their homes by the hurricanes. In addition to teaching them the curriculum, Colavito said he tried to help them through the trauma they were undergoing and that is what had the biggest impact on him.

Colavito wants people to realize that there are people here on campus that have been affected by Hurricane Ida and that it touches us here no matter how far away it occurs.

“Just because something isn’t happening, you know, outside of your backyard, it doesn’t necessarily mean that it doesn’t have the reach,” Colavito said.

The Butler community and the support they have provided for her over this past week has left Christian feeling very thankful. She said they have made going through this experience much easier.

“I guess it just speaks a lot about the Butler community, because I’ve had so many people reach out to me,” Christian said.

Colavito said that all you need to do when reaching out to someone is ask them if things are okay and if they need help. He said that just asking how they’re doing is how you can make sure Butler is a campus of care.

You can help those affected by Hurricane Ida by donating to any of these resources: The Imagine Water Works Donation, Cajun Navy Relief, Another Gulf Is Possible and Crowd Source Rescue. You can also text EMBRACELA to 91999 to donate to United Way NELA and Venmo NolaMutualAid to support the New Orleans Mutual Aid group. For any general donations/info, go to donorbox.org/ida.