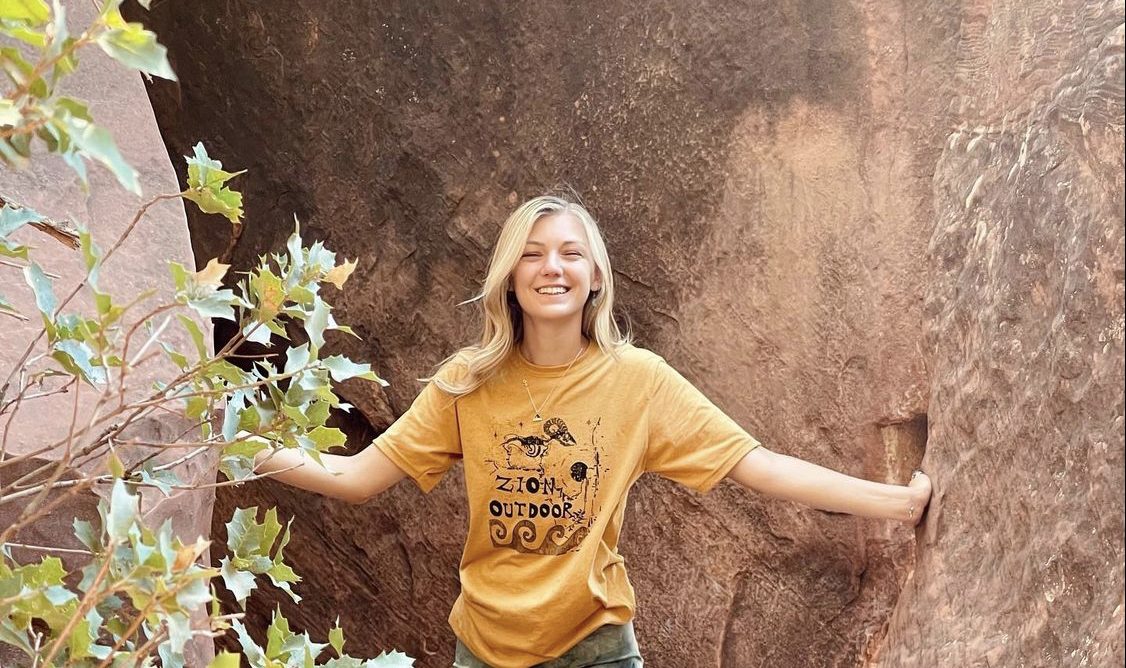 While on a cross-country trip with her fiancé Brian Laundrie, Petito suddenly stopped posting on social media and contacting her parents after Aug. 30. Petito’s family said that they knew that this was unlike her, and they became worried.

It’s been reported that on Sept. 1, Laundrie returned to his parents house in North Port, Florida — with Petito’s vehicle she used to travel the country — without her. Petito’s family said that when they asked him where she was, he refused to answer.

Then on Sept. 11, her family officially reported her missing. When police showed up at the Laundrie household, Laundrie’s parents stated that they had not seen Brian in a few days. He has not been seen since.

10 days later, Petito’s remains were confirmed to have been found in the Bridger-Teton National Forest and a coroner ruled her death a homicide.

As someone who is interested in true crime, I immediately started following this case. Like many others, I was hoping that Petito would have been found alive and safe. Unfortunately, that did not happen.

I cannot help but feel a little perturbed by some of the things I am seeing on social media as this case unfolds. Nearly every other TikTok appearing on my “For You Page” is about the Petito case, suggesting outlandish new theories and begging for more information.

It is not unheard of for investigators to keep details about a case private. There have been so many cases where people involved in crimes divulge information to the police that only suspects would know.

Suspects often reveal themselves to be part of a case by sharing specific details. If investigators release too much information on the Petito case to the public, it could stop them from solving the case.

If you search Petito’s name on Instagram, you will find hundreds of “finding Gabby” updates and memorial pages for her. I promise that detectives do not need help from a chronically online crime junkie.

Giving attention to a missing persons case is great, but the Petito case is becoming a cultural phenomenon — one may even call it a circus. There is a balance between having a healthy interest in true crime versus finding entertainment out of tragedies.

“I feel bad consuming a pop culture take on a real family’s trauma and tragedy, and I think there’s definitely some bad aspects to consuming true crime,” Travis said. “I don’t necessarily find it entertaining. I just find it intriguing because it’s so bad.”

Not only is this extreme obsession with the case disrespectful to the Petito family, it is spreading misinformation because people want to get “content” out as fast as possible so they can attract as much attention as they can.

“[People are] more concerned about being updated about the case and the drama of it, that they don’t realize that this is not some new season of a TV show,” Travis said.

Though this questionable behavior has become more visible with this case, there have been plenty of critiques on the amount of media coverage this case has gotten. The term “Missing White Woman Syndrome” has been brought up many times over the past few weeks in response to the popularity of the case.

The term was coined by the late Gwen Ifill, a beloved PBS news anchor. It explains the public and media’s fascination with white women who go missing, while ignoring people of color who disappear.

The sheer amount of attention this case has been getting is painful to communities of color who do not receive the same amount of attention. Petito went missing in Wyoming where 710 Indigenous people have gone missing over the past decade. How many times has national media covered these cases?

“That’s a big thing that’s popped up with this case,” Frederick said. “It’s a white couple involved, Gabby’s a white female… there are a lot of people that go missing, or are victims of homicide that are people of color, but they don’t get the same coverage.”

Advocating for better coverage of missing people of color does not diminish the importance of the Petito case. All that BIPOC communities are asking for is the same outrage that Petito’s case got, especially considering that people of color make up 41% of missing persons cases in the country.

“I don’t think the news is always reflective of actual crime statistics,” Frederick said. “I wonder if [Petito] was a person of color if her case would have gotten this much coverage.”

Many people are attempting to put a spotlight on the disappearances of Jelani Day and Daniel Robinson, two Black men, and Lauren Cho, an Asian woman.

If one good thing has come out of the Petito case it is that, when used appropriately, social media can have a profound impact on missing persons cases. Hopefully, TikTok can channel the energy put into the Petito case to help solve the cases of Day, Robinson and Cho, amongst others.