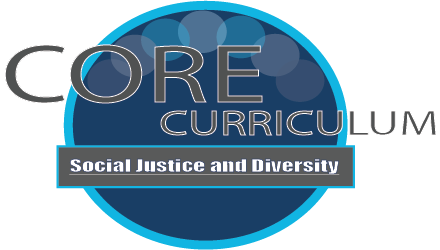 A Social Justice and Diversity course will now be part of the core curriculum. Photo courtesy of butler.edu.

Butler students will now need an additional course as part of their core curriculum requirements, while the speaking and writing across the curriculum course requirements have been removed.

After three years of creating Social Justice and Diversity, SJD, courses, the Office of the Provost has made the three credit hour class a requirement. Every student that started attending Butler in the fall of 2020 or after must fulfill the SJD requirement to be eligible for graduation.

Travis Ryan, professor of biological sciences and associate provost, said there are about 60 SJD courses students can choose from. Ryan also said about 15% of last year’s first-year students have already completed their SJD requirement.

“Unlike parts of the CORE like the natural world, SJD courses can be anywhere in the curriculum,” Ryan said. “They are sort of designated the same way an ICR [Indianapolis Community Requirement] course is, there are some SJD courses in the CORE curriculum already.”

According to the Butler website, “Butler University was founded on the principles of diversity, equality, and inclusivity. The Social Justice and Diversity requirement reaffirms these founding principles.” It continues to state that  the SJD requirement is an important part of curriculum because, “Students will become more aware of the presence and sources of injustices and will produce graduates better prepared to actively counter them.”

Terri Carney, the director of the Social Justice and Diversity area of the core curriculum, said the faculty voted to make SJD courses a graduation requirement for all Butler students.

“The student government and various student groups were very eager to see the SJD requirement go into effect, given the obvious relevance to our educational mission,” Carney said.

Ericela Sahagun, a senior anthropology and history double major, said she is excited to see that Butler is attempting to make conversations about social justice and diversity a core part of education. Sahagun said she has always enjoyed the SJD-qualifying classes she took through her major and is excited that every student will get to experience them.

“I just think that it is a pretty cool thing to see in terms of curriculum because not even are these conversations important in regular life but, it’s cool to see those conversations come into fruition in a classroom setting,” Sahagun said.

In addition to the new SJD requirement, the Office of the Provost also changed other core requirements. Ryan said last year, the faculty senate voted to remove the writing and speech requirements simply because students would likely fulfill those requirements while completing the requirements for their major.

“I think in the future what we are going to end up doing is come up with a way to ensure that we are still having these high level courses that emphasize speaking and writing but we are going to make them the responsibility of colleges and their departments rather than the core curriculum,” Ryan said.

Students can visit the butler website at https://www.butler.edu/core to view the core curriculum requirements that each student must complete prior to graduation.