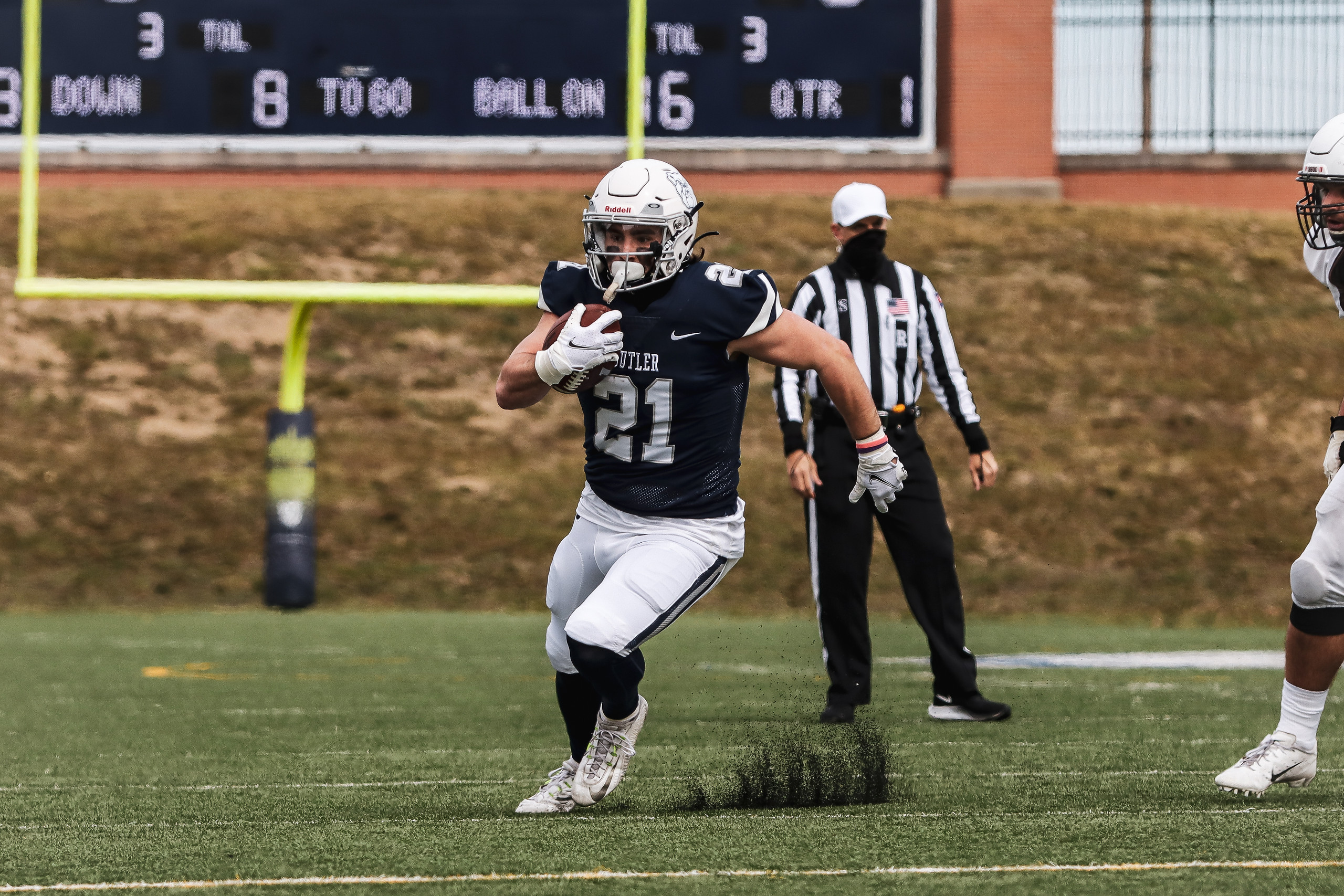 Butler football fell 49-7 against the Illinois State Redbirds in their first game of the 2021 season. The Bulldogs are now 0-1 going into their homecoming week.

The first quarter of the game started off strong for the Bulldogs as Brett Bushka led the offense to two first downs, moving the ball into Illinois State territory. The Dawgs drive came to a standstill however, following a failed conversion on 4th down.

The Redbirds took advantage of the change of possession and ran down the field covering 64 yards on nine plays, which resulted in Nigel White finding the end zone on a 10-yard run. Giving the Redbirds an early 7-0 lead.

Things turned up for both teams in the second quarter but started off rough for the Bulldogs.

The Bulldogs were intercepted on third and long and the Redbirds capitalized off the turnover with an eight-play 45-yard drive, with Cole Mueller going over the goal line for a 1-yard touchdown, doubling the Redbirds lead to 14-0.

That did not stop the Bulldogs as they continued to battle through the second quarter. On a fourth down conversion, Brett Bushka found Nate Rusk in the back of the endzone, but the play was overturned after review.

Butler tried again with multiple scoring attempts from Kavon Samuels and Nick Orlando but they weren’t able to connect.

Bushka then rolled out to the right to find Jared Suchevits for six and the first Bulldog touchdown of the night — cutting the lead to 14-7.

The momentum quickly turned around as Butler allowed another Redbirds touchdown. Bryce Jefferson found Austin Nagel right down the middle of the field for a 44-yard touchdown pass,  extending their lead to 21-7 going into halftime.

The second half was all Illinois State as they scored less than five minutes into the third quarter.

Jefferson hit Kacper Rutkiewicz for a 28-yard pass which led to a five-yard touchdown ran by Jefferson himself two plays later — moving the score to 28-7.

The Redbirds couldn’t be stopped as Bryce Jefferson threw a 20-yard touchdown pass on third down to Braydon Deming, making the score 35-7.

Early in the fourth quarter, the Redbirds continued their dominance as Jefferson kept it for a 14-yard rushing touchdown of his own. Sealing the victory for the Redbirds 49-7.

The Bulldogs will look to turn things around next week during the homecoming matchup against the DePauw Tigers at the Sellick Bowl on September 11 at 6 p.m.