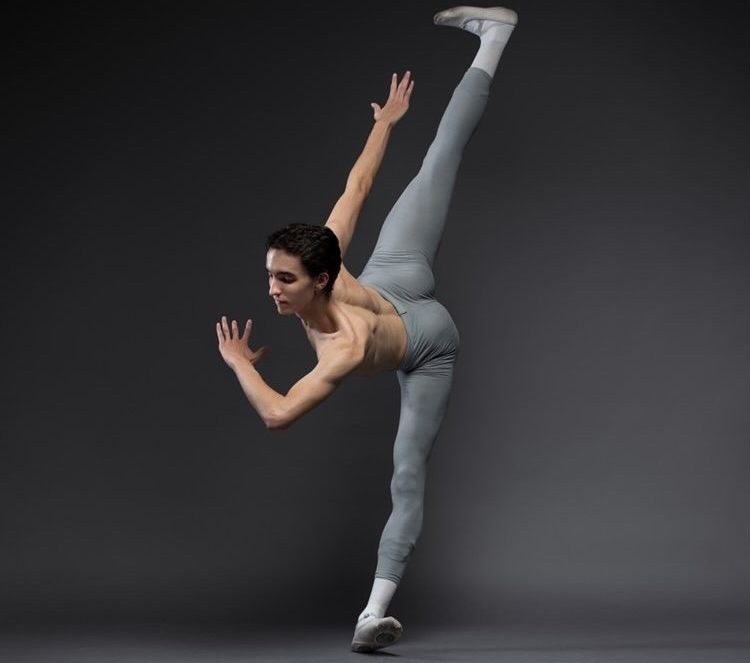 Cody Maggiore, an alumnus of the class of 2021, won the 2020-2021 talent of the year award from the national Sigma Nu fraternity. Maggiore said he was humbled, honored and grateful to receive this recognition.

At Butler, Maggiore was a dance pedagogy major and the winner of the Butler Dance Department’s Performance Award in 2020 and 2021. He also served on the housing, philanthropy, and sorority relations committees for Butler’s Epsilon Mu Chapter of Sigma Nu.

When selecting the recipient of the talent of the year award, Sigma Nu stated in a press release that they look for “evidence of the member living an honorable life by upholding the ideals of Sigma Nu displaying strong aptitude for a talent or skill.” The fraternity also takes into consideration the applicant’s academics, extracurricular involvement and leadership.

In the press release, Sigma Nu described Maggiore and the other award recipients as “exceptional members of Sigma Nu fraternity whose service and leadership exemplify the fraternity’s mission to develop ethical leaders.”

Maggiore credits the Butler Dance Department for helping him become the dancer he is today.

“There’s a really strong sense of community in the dance program, which was really beneficial for me to…work collaboratively with people…and the faculty were just like, incredible with giving advice,” Maggiore said. “I’m really grateful for all the time and energy they invested in me and my classmates. It definitely changed my outlook like on dance and also like art in general.”

“[They] always were there to give me advice and help and like really pushed me in the studios to perform to the level that they knew I could be at,” Maggiore said.

Reid said that Maggiore had an impact on the dance program himself.

“He set a tone, certainly, as he became an upperclassman, of being very focused about his work,” Reid said. “And when others see someone who is experienced…they tend to follow the model that they set, and he was certainly a good model for our younger men that he was in classes with.”

Outside of academics, Maggiore said his involvement in Sigma Nu also had an important impact on his time at Butler. Maggiore said, as the only Jordan College of the Arts majors in his pledge class, that he was able to meet a lot of people and create bonds through Sigma Nu that he may not have otherwise.

“The community in Sigma Nu was really, really great,” Maggiore said. “Definitely just found a lot of support and encouragement from brothers.”

Senior dance pedagogy major Max Lippman, who is a friend of Maggiore, noted that he was impressed by how Maggiore balanced his commitment to both Greek Life and the dance program.

“The work he did was really commendable, and how he was able to handle both and have both experiences… [and] get the best out of both of them,” Lippman said.

Maggiore is now an apprentice with the Alabama Ballet in Birmingham, Alabama, and is also teaching at a dance studio there. Maggiore said he feels lucky to be doing what he is now, but he also misses Butler. Looking back at his time here, he advises current Butler students to take advantage of their time.

“Appreciate the time you have because four years seem like a long time, but senior year went by so quickly…slow down, take a little bit of time to just appreciate what you have and really focus and work hard,” Maggiore said.