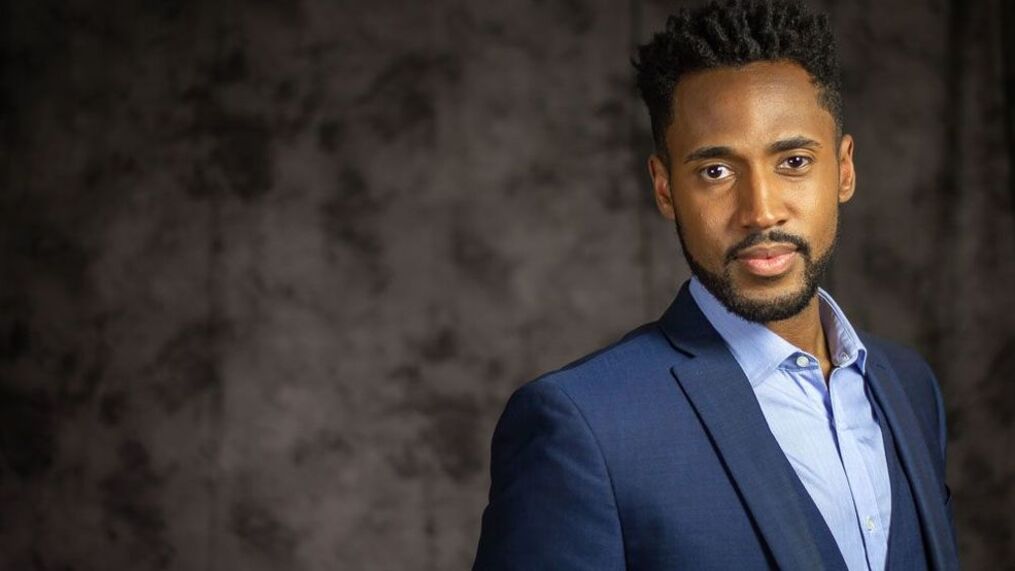 Butler graduate Kyle Inskeep accepted his first Emmy from the Ohio Valley Chapter of the National Academy of Television Arts & Sciences on Aug. 15. He and photographer Bryan Dykes won the award for their multimedia story covering the “Black & Brown Faces” exhibit at the Cincinnati Art Museum. “Black & Brown Faces” featured pieces by ten local black artists in multiple mediums to depict the struggles faced by people of color in 2020.

Inskeep and Dykes accepted the award during the chapter’s 57th annual ceremony.  When announced as the winner during the virtual ceremony, Inskeep appeared on screen to thank Dykes, the curators and artists of the exhibit and his biggest fan, his mom.

After graduating in 2012 with a major in electronic journalism and a minor in political science from Butler, Inskeep immediately began his career as a recipient of an NBC News Tim Russert Fellowship. The fellowship earned him a one-year salaried position with the network’s Washington D.C. bureau. After reporting for both WTWO and WXIN in Indiana, Inskeep landed in Cincinnati in 2018 as an anchor for Local 12 News. Inskeep said that he owes his success to his four years at Butler.

“I have no doubt that I would not be where I am today without Butler University,” Inskeep said. “Butler was so transformative as it relates to my career as a journalist… Butler just reinforced to me and showed me that I can do meaningful work in the area of journalism.”

Inskeep was initially interested in becoming a political journalist but found that he prefers telling stories about people. He especially enjoys covering stories that deal with race and culture in Cincinnati.

“The stories I’m getting to tell are unique and often deal with underrepresented communities who for so long have been marginalized and not heard from,” Inskeep said. “I think it’s really important to tell those stories and to tell them really well.”

Having already submitted a story to the Ohio Valley Chapter once before and not winning, Inskeep said he wasn’t sure how this year’s submission would compare against the other nominations. Bryan Dykes, photographer and editor of the winning story, felt similarly. Dykes said that winning an Emmy was a career goal, and that he’s excited to have checked it off his list.

“I honestly didn’t know if we even stood a chance,” Dykes said. “The fact that we won was amazing… I’ve had a lot of people I’ve looked up to who have won, and I’ve always wanted to be just like them.”

Dykes and Inskeep have only worked together a couple of times, but Dykes said Inskeep is great to work with, and that he is confident there might be more Emmy wins for them in the future.

Inskeep’s Emmy-nominated co-anchor, Paula Toti was excited for the duo’s success, and said she had a feeling they would win. Noting that Inskeep is one of her favorite people of all time, Toti shared how Inskeep has revived her love for reporting.

“He has so much enthusiasm, and I knew this meant the world to him,” Toti said. “He renewed my spirit in coming to work everyday because I’ve been doing this a long time, and he certainly brings a different generation of enthusiasm.”

Scott Bridge, college of communication internship director and electronic journalism professor, fondly remembers Kyle in the classroom, and said that he always brought a positive attitude to class. According to Bridge, the career Inskeep now has is something Inskeep has always wanted, and he’s been willing to put the time in to make it his reality.

Bridge said that ultimately, he just wants all of his students to be happy. While he is excited for Inskeep, he is happier that he is doing something he enjoys so much.

“I’m very proud of Kyle, but I am more happy that he is happy with what he is doing,” Bridge said. “Kyle genuinely loves what he is doing, and he’s making an impact in his community, and that’s what I’m most proud of.”

One of Bridge’s current students, sophomore journalism major Abby Fostveit, said she is comforted to know the success her fellow bulldog is having in the real world.

“Seeing that [Inskeep] is a Butler alum, and has this awesome job placement, it makes me more thankful to be here and feel like I’m in good hands,” Fostveit said. “It’s very reassuring.” Inskeep will return to Butler Sept. 10 to accept the Joseph Irwin Sweeney Alumni Service Award given to a recent alumnus who has shown commitment to the advancement of Butler as an educational institution.