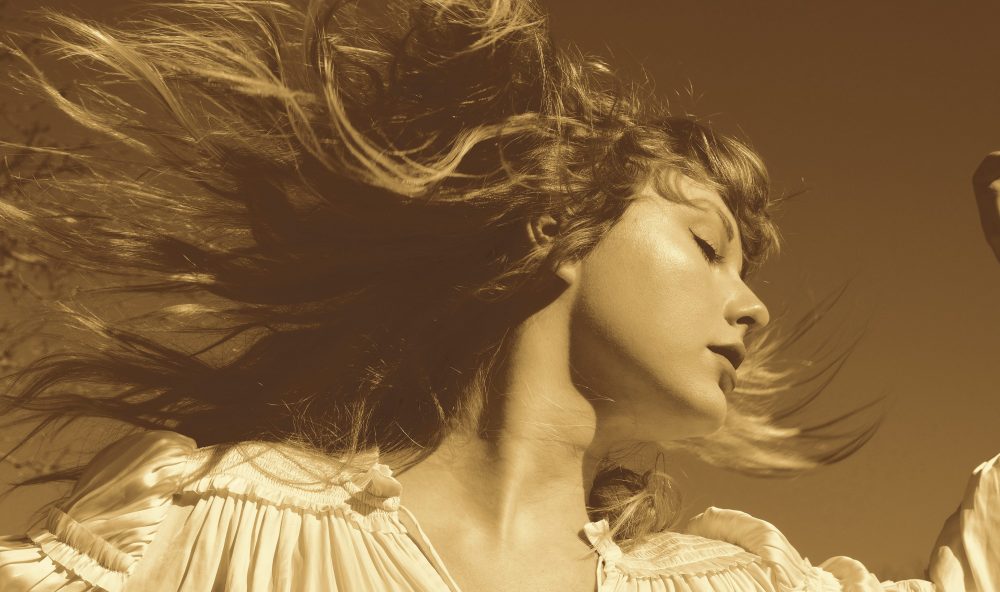 From Swift’s re-released “Fearless” album to AJR’s new “OK Orchestra,” students have plenty of new music to jam out to during the end of the semester. Photo courtesy of Variety.

As the end of the school year is approaching, campus is the most alive it’s been all year. With the weather changing and campus hitting its peak, it seems that Taylor Swift and AJR picked the perfect time to release music. Swift’s old classics breathe life into the new spring season, while AJR is bringing new music to reinvigorate and inspire students during the last weeks of the semester.

In early February Swift re-released her 2008 hit “Love Story.” This was followed by the release of “You All Over Me (feat. Maren Morris)” in March and “Mr. Perfectly Fine” in April.

The singles led up to the highly anticipated album “Fearless (Taylor’s Version)” that was released on April 9. The album includes several re-recorded songs from her 2008 album “Fearless,” as well as six new songs “from the vault.”

You might be wondering: why did Taylor re-record some of her most famous songs?

Answer: she does not own these records. This means that she received a specified percentage of revenue from the music, and the rest went to her record label, Big Machine Records. It also means that Swift has little to no control over how her music is used.

In 2020 Big Machine Records was bought by Scooter Braun, a manager for artists such as Justin Bieber and Ariana Grande. Braun then sold Swift’s music catalog to Shamrock Capital.

This may be routine in the music industry; however, Swift has pointed out that these deals —  while they involve her music —  alienated her. Because she does not own her music catalog prior to 2019, there is no legal obligation of her involvement in important deals. Thus, Swift’s life’s work was not in her hands.

Swift left Big Machine Records to join Universal Music group in 2018, and this switch granted her ownership of future recordings. By re-recording albums like “Fearless,” Swift can now own a version of her songs.

Swift’s re-recording takes music into her own control and changes the rules of the game. Chloe Enk, a first-year secondary education and math major, said that Swift’s re-recorded songs demonstrate her independence.

“She’s doing it to take back her name and her music,” Enk said.

Through the label change, her loyal fanbase has been eager to support her and revisit classic favorites. Enk has been a fan since the original recording of “Fearless” and said she is excited to see how Swift has changed.

“Her fans have grown up as she’s also grown up,” Enk said.

“It’s been really cool to hear old songs that I grew up with,” Mejia said.

While Swift is taking back her name, another band is hitting faintly-tanned, hammocking, spike-ball playing Spotifiers and Apple Music users everywhere: AJR.

AJR is an alternative-pop trio, and their newest album “OK Orchestra” dropped on Mar. 26. The group’s fifth album includes previously-released singles such as “Bang!” and “Bummerland,” as well as new songs.

AJR began in 2005 in New York City with three brothers: Adam, Jack and Ryan Met. They released an extended play record in 2013, as well as four albums since then. AJR’s music is innovative and creative while also combining several music styles such as pop, jazz, indie, electronic and dubstep. Each album has taken these styles and found new ways to combine them.

Susie Kramer, a junior communication sciences and disorders major, was impressed by the innovation in the most recent album “OK Orchestra.”

“They are always very creative with their production,” Kramer said. “They used unique sounds and things you don’t hear other artists using.”

AJR is known for diving into deep issues that the audience can relate to such as anxiety, politics and adapting to life. “OK Orchestra” is no exception, and the album shows their maturity as artists. It had a wider range of styles, from upbeat electronic to soft and understated.

Previously AJR has released “The Living Room,” “The Click” and “Neotheater.” The earlier albums contain mostly upbeat music that relies heavily on electronics while the most recent albums show the soulful, deep side of AJR. “OK Orchestra” continues to expand this range since it combines both styles and finds new ways to blend music.

The album also leaves the listener feeling hopeful. This is refreshing in a time of collective uncertainty. Kramer thought that it was more hopeful than past albums.

“They’re always very honest with their writing and lyrics, and I think ‘OK Orchestra’ leaves you on a happier note compared to previous albums while still expressing the same honesty,” Kramer said.

As the end of the year is approaching, while many students are stressed with finals, job searches and the ongoing pandemic, AJR gives the blend of honesty and optimism that listeners all need. Their hit “Bang!” discusses the transition from childhood to adulthood while “Bummerland” deals with the pessimism many people feel after this past year. These messages are sure to resonate with students.

So take a moment this week to listen. Lay out a blanket in the sun, hang up a hammock or take the time to reminisce on old music and discover the new.