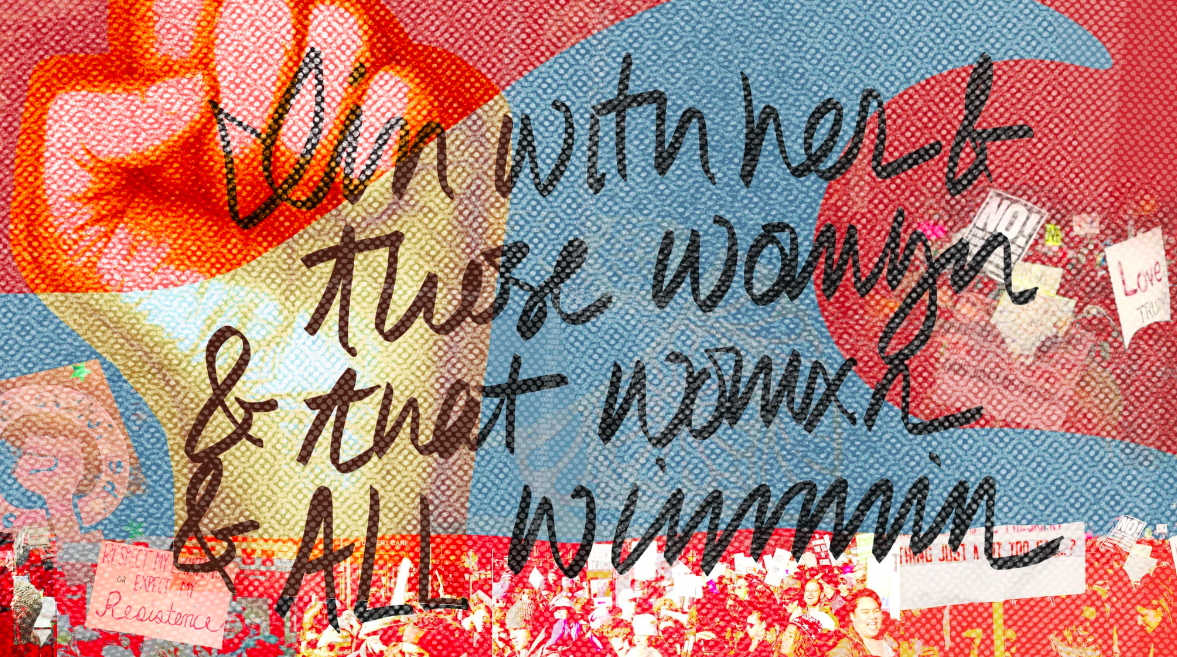 The different spellings of “women” allow for a conversation on inclusivity, authenticity and empowerment. Photo courtesy of The New York Times.

As Women’s History Month comes to a close and International Trans Day of Visibility is celebrated on March 31, the conversation surrounding the different spellings of “women” remains important. The traditional versus contrapuntal spellings of “women” have led to empowerment, discourse and controversy in the larger conversation of the power language, and the origin the word “woman” holds.

“Women”’s traditional spelling has been critiqued since the late 1900s due to its implication that women need men in order to succeed, as the word originated as an addition to the preexisting word “man.” This realization led to the creation of the alternative spellings of ‘womyn’ and ‘womxn,’ which arose for various reasons such as independence and inclusion.

What is the x or y variation, then? The answer, to some, is inclusivity. Brooke Beloso, an associate professor of race, gender and sexuality studies, said that the purpose of changing the way ‘woman’ is spelled is to be more inclusive of all people drawn to this word, and to undermine the societal dichotomy of gender.

“I think we’ve seen a chronological evolution away from defining woman as the opposite of man,” Beloso said.

The alteration of the letter is a lengthy part of feminist history meddling with language to disrupt patriarchal norms. And yet, there has been much debate on whether this spelling alteration is actually inclusive or not. Although they serve the same basic purpose, womyn and womxn come with different connotations.

Although these spelling changes have paved the way for promoting inclusivity, giving a title to trans women that is different from biological women isolates them, suggesting that they are not the same. For a trans woman who has fought long and hard to be recognized as such, being labeled as a womxn can be harmful and othering. For this reason, many have circled back to using ‘woman’ rather than “womxn.” “Womxn” can be seen as indicating a fundamental difference in how someone reached or defines womanhood, whereas “woman” can be utilized as an inclusive label, as it suggests that there is no difference between anyone identifying as a woman.

Ashleigh Michaels, a first-year English major and member of Alliance, said she prefers using “women” over any alternative spelling.

“The idea of coining a whole new word to represent trans women implies that trans women aren’t women,” Michaels said. “Since trans women are indeed women, just saying ‘women’ is fine, and the idea of creating a new word for women that includes them tends to come off trans-misogynistically.”

The spelling of womyn first appeared in print in 1976 for the first Michigan Womyn’s Music Festival. The “y” takes the word men out of women, allowing the option of space for womyn to break free from the symbolic traditions of the male norm, insinuated in the traditional spelling. Although the spelling change got rid of using the word men, some view the linguistic shift as not entirely inclusive of all women. “Womyn” has since been associated with trans-exclusionary radical feminism, which does not view transgender women as authentic women because they were not born with female genitalia.

“I think we need to direct more attention to a recent troubling trend of anti-trans feminists, also known as TERFS, collaborating with the conservative Christian right to alienate trans folks from feminist solidarity,” Beloso said.

The spelling of womxn is inclusive of females of color who may feel excluded or underrepresented by the spellings of women or womyn. Many Black feminist organizations opt for the “womxn” spelling because it highlights the fact that the experiences Black women face are different than the experiences faced by white women.

The term “womxn” has also been utilized “to avoid the suggestion of sexism perceived in the sequences m-a-n and m-e-n, and to be inclusive of trans and nonbinary women,” according to Dictionary.com.

“’Womxn’ challenges us all to think even more outside that box and to recognize and celebrate those who have never felt at home under the ‘women’ or ‘womyn’ umbrella,” Beloso said. “For many reasons, including but not limited to cisnormativity.”

“There are non-binary women who use and prefer the label ‘non-binary women,’ but I feel like lumping in all non-binary people with women just to include them does more harm than good,” Michaels said.

At the beginning of Women’s History Month, controversy sparked online when several organizations used “womxn” in an attempt to promote inclusivity. On March 1, Twitch — a popular streaming platform — tweeted out asking their users to join them in their celebration of Women’s History Month, opting to use “womxn” instead of “women.” After receiving massive backlash from the post, Twitch deleted their message and made another tweet in which it was clear that they would not use “womxn” again in the future.

Despite the complications of “womxn,” many organizations still choose to use it without knowing its potentially-detrimental impacts on the trans community.

Gendered language, or words ending with “-men,” is starting to be seen as outdated verbiage to some, according to psychology professor Candice Dreves.

“I can see the trend continuing as more gender roles and expectations change,” Dreves said.  “The way I have seen this change is with reference to the word ‘men’ used for all people. So ‘Men Working’ signs are being changed to another word to be more inclusive.”

Other examples of this include using “congresspeople” rather than “congressmen,” “mail carriers” instead of “mailmen” or “first-year” instead of “freshmen.”

“As people become more conscious of sexist terms in our language, they are more willing to find gender-neutral terms,” Throop said.

Whether you identify with the spelling “woman,” “womyn” or “womxn,” the different spellings and their nuanced definitions encounter the ever-changing nature of language, allow for language’s universality to be questioned and provide opportunities for discussions on how to achieve inclusive, authentic and empowering meanings from each of the different spellings.