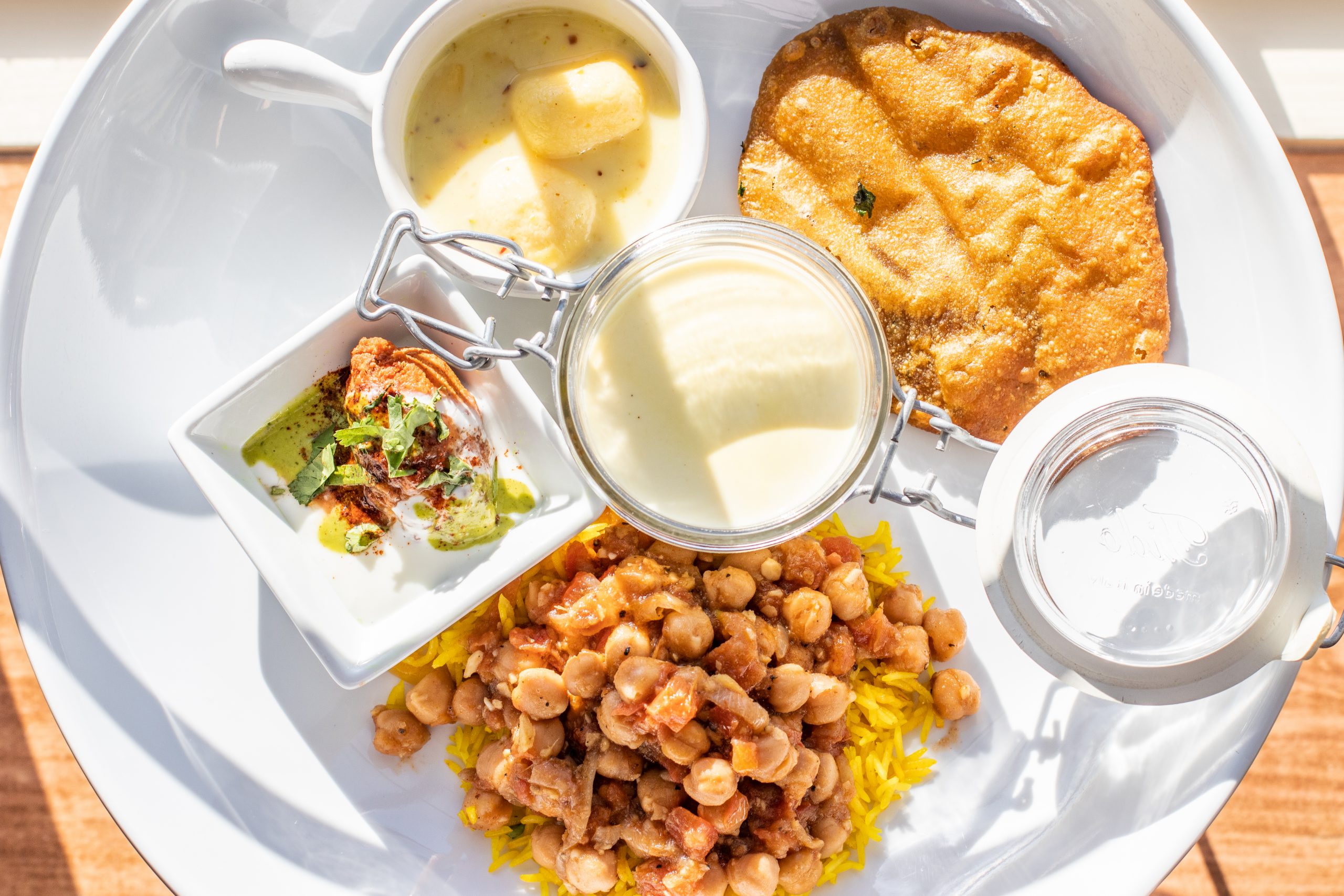 The Center for Faith and Vocation and Butler Dining are teaming up to provide traditional meals at the Explore section in Atherton Marketplace. This collaboration is in honor of the many religious celebrations that take place during spring semester such as Easter, Holi, Passover and Ramadan.

Daniel Meyers, the director of the Center for Faith and Vocation, said he is looking forward to the collaboration.

“The spring is a very rich season for religion everywhere in the world,” Meyers said. “There’s just a lot of religious life going on in the span of a few weeks.”

One of the CFV’s goals is to be a source of support between different groups of faith and secular expression. Meyers said the CFV tries to elevate the experience of student religious groups on campus. Through the collaboration with Butler Dining, religious groups will be able to share their traditions with all students on campus.

Meet Patel, a sophomore health science major, is the interfaith intern at the CFV, and he works closely with Meyers as the main organizer of this collaboration.

One of the past Real Business Experience groups inspired Patel to initiate this project. The group set up an event where students could work with the dining program to have their home cooked recipes shared for other students to try. Since there are many religious celebrations around the same time, Patel said he thought it would be beneficial for student religious organizations to do something similar.

He said he wanted each group to share the food traditions specific to their own religious holidays for all students to have the opportunity to try. However, he said it was slightly tricky to coordinate it at first.

“So what I initially did was have a conversation with folks at Butler Dining,” Patel said. “We had a conversation with them about what’s possible and what is the scope of collaborations like these, and it was good to hear from them that they had actually been looking into reaching out to different faith based groups to learn more about different traditions and possibly even have options for meals for them.”

“Establishing this relationship between our food provider and different faith-based organizations is really powerful, because not only does it help educate the student body on some of these traditions and cultural practices, but it’s also a way of helping to form this atmosphere of belonging for the students from those different traditions,” Patel said.

Meyers and Patel both said they hope to continue with this collaboration in the future. Meyers said he believes this is a great opportunity to elevate religious organizations on campus and introduce students to different cultures. For example, on Holi there were traditional foods that some students may not otherwise have the opportunity to try such as chana masala, a spiced chickpea dish, poori, a fried spiced wheat flatbread, and thandai, a sweet and creamy traditional drink.

Maddie Pines, a sophomore elementary education major and the vice president of Butler Hillel, said she is also excited for this collaboration. During Passover, Pines said it can often be tricky to find food that she can eat. So, she said she was looking forward to having a traditional Passover-centered meal in Atherton.

Pines said she was especially looking forward to trying the charoset, a food with chopped apples and walnuts soaked in red wine with sugar, cinnamon and matzo. She said this is one of her favorite things to eat during Passover.

“I’m super excited for people to try these different foods because you will not find them in a store,” Pines said. “I’m really excited for other people to be able to partake in something that’s really special and really dear to my heart. I was also ecstatic that Bon Appetit reached out and wanted to do this. The idea of a welcoming and inclusive campus just really makes me feel more comfortable.”

Chad Melinger, the executive campus chef, is Jewish and said he was looking forward to making the traditional meal for Passover. On this day, they served traditional items such as an apple cinnamon egg noodle kugel, roast beef brisket and matzo ball soup. Melinger said he also enjoys working with student groups to provide the best experience for everyone. He emphasized that student feedback is always welcome and encouraged.

“We really want to showcase the student experience and be able to provide students with these little things,” Melinger said. “Student feedback drives the ability for us to put something out that’s super craveable or lacking from their everyday, especially if it’s a first year or second year and their first couple times away from home. If they’re missing something, we really want to be able to provide that for them.”

To be as accurate as possible, the meals for holiday celebrations will be created by a chef as opposed to one of the hourly associates who prepares meals. This is done with the intention that they will have a little bit of a higher skill and background with the ingredients used. They also have a chef drive around Indianapolis to go to international markets to get as accurate ingredients are possible.

“If we have questions, we reach out, and we want our interpretation of their celebration to be as responsible and onpoint with their expectation as possible,” Melinger said. “Our goal as we try to be inclusive… So that’s the whole partnership aspect of getting students involved so that we’re making sure that we’re both doing our part, but we’re also doing it well and and culturally correct.”

“I can definitely tell that they’re putting in an effort to meet our needs considering we can’t go home given COVID and everything, whether it [is] having meatless options on Fridays or reaching out to the community to see what we eat,” Herrmann said.

Since Herrmann was home last year to celebrate Easter because of COVID-19, this will be her first time celebrating Easter away from home. She said she appreciates this collaboration between Butler Dining and the CFV because it makes her feel a little more at home.

Since Atherton closes at 8:00 p.m., and the sun goes down at around 8:30 p.m., students who observe Ramadan will not be able to receive a meal during regular operating hours. Butler’s dietician, Katy Maher, talked about the process for students who celebrate Ramadan to pick up to-go boxes of meals after sundown.

This was a process that they tried to coordinate last year as well, but due to COVID-19, students went home before it would have been needed. These meals will include food served in the dining hall that day selected by the student along with dates and water, items that are typically used to break the fast.

“Essentially what will happen is any student that wants to pick up [a meal] after sundown can do that at Plum Market,” Maher said.

Dinner and breakfast are packaged together, so these students will be able to eat a meal before sunrise, as well. Students who want to participate must fill out a form in early April, so Butler Dining knows the amount of meals they need to provide.

Rami Daas, a first-year biology major and member of both the Muslim Student Association and the Interfaith Council, will be signing up for the take-out meals.

“I think it’s incredible that Butler is helping the Muslims on campus and providing meals for them to take and break their fast with,” Daas said. “I think it is a really kind act on Butler’s behalf.”

There will also be an in-cafe celebration with Iftar-specific foods for all students to participate in on April 19. Students can find the menu on the Butler Dining website a few days leading up to the celebration.

“[Patel] actually reached out to me and had me help plan that meal out,” Daas said. “I tried my best to include different types of foods from different parts of the world. The chef reached out and said they want to make it as traditional as possible, so I anticipate it to be a very exciting meal.”

Mandy Rentschler, the marketing manager for Bon Appetit, explained that dining is always looking for more ways to incorporate students into the process.

“We came on campus only two years ago, so growing that collaboration with student groups and letting them know that we’re here to help them celebrate with food is really important to us to honor those cultures,” Rentschler said.

If students have ideas for meals they want to see, they can direct them to food@butler.edu, or they can text members from the dining staff at 317-343-8411.