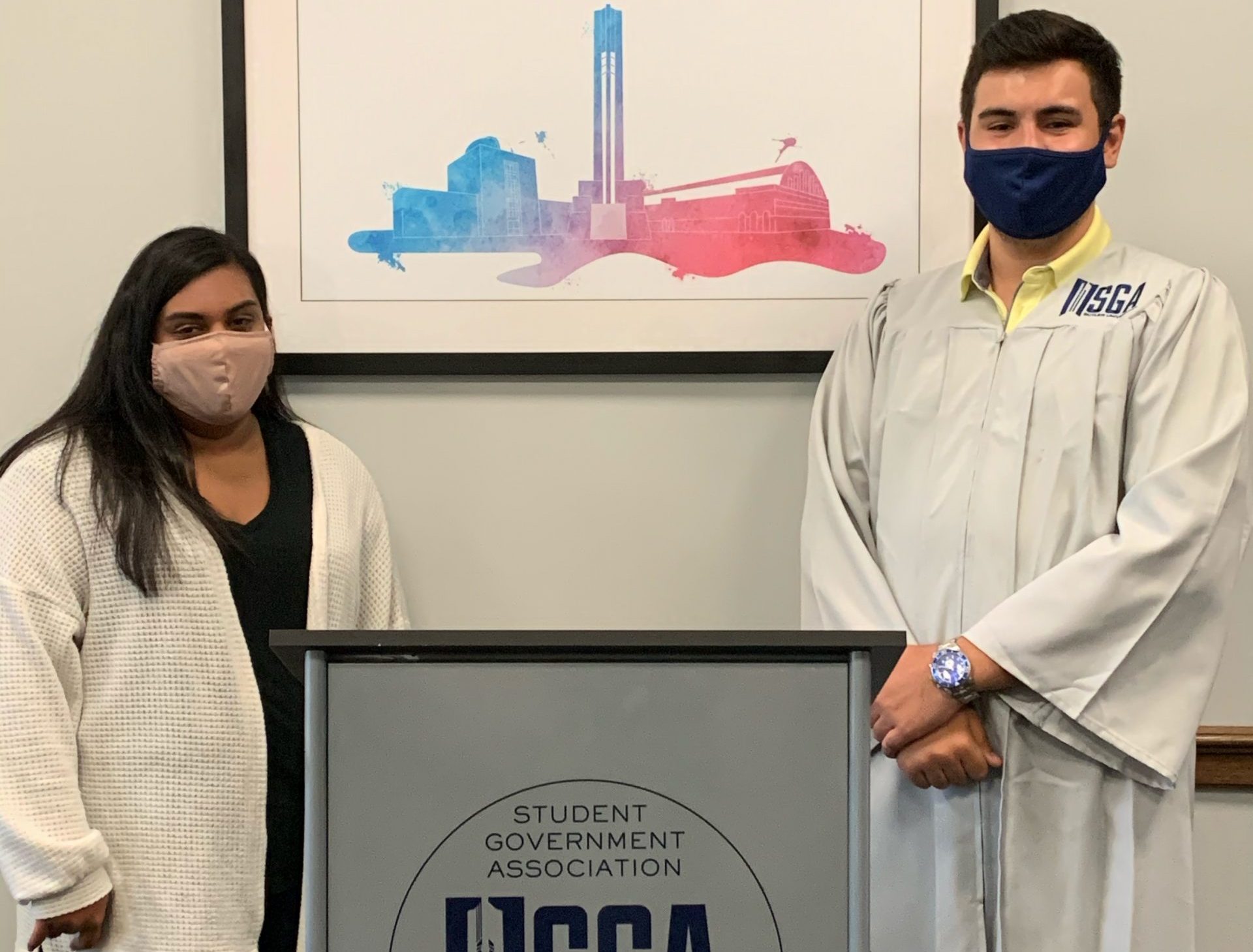 Last fall, junior strategic communication major Maya Patel took office as Student Government Association president, after initially being elected vice president. Now, nearing the end of her presidency, Patel reflects on the past year and what she still wants to accomplish while she holds the position.

Patel said her biggest goal as president was to improve the communication between different SGA branches and with the larger student body. In order to achieve this goal, she has implemented more meetings between branches and presentations in Senate meetings about what other groups are working on.

Patel said she herself has not always known what is going on within SGA before she was president. Now that communication between branches has been streamlined, Patel said her focus is on the larger student body.

“I think people at the end of the day just want to know what’s going on, and ultimately, Butler being the community that it is — most often, people just want to lend a hand if they can,” Patel said. “I think [communication is] something we can always improve on as an organization.”

Patel said overall, last semester was tough with the constantly changing pandemic and COVID-19 restrictions, especially when it came to planning student events. However, she considers what was accomplished to ultimately be successful.

Patel credits the program board for coming up with ideas for speakers and getting students involved.

“I’m always amazed and excited by people,” Patel said. “They are already thinking five steps ahead of me and how to get the person and who might be interested in the event and things, and I think it’s just fantastic.”

One change in SGA this semester is the election cycle structure. A proposal passed recently that will change SGA Senate elections to the spring semester instead of the fall. This will allow the Senate and presidential elections to coincide beginning this spring.

Although this is a big change, Patel said she believes it will be beneficial in the long run because it will allow students to get better acquainted with SGA and campus before campaigning for Senate.

“I think overall, in the coming years, it will really help to have more of a transition period for senators, instead of being elected at the beginning of the school year, transitioning to Senate … and being expected to know these things, or do this outside work to figure out how Senate runs — all those things can be challenging, especially if you’re a first-year student or transfer student,” Patel said.

While Patel does not plan to run for reelection this spring, she is excited to work with whoever fills the position.

“It has been a great year,” Patel said. “I really enjoyed my team. I really enjoyed learning about this whole new entity of school that I really had no idea about, but ultimately, I do feel like it is time for someone else to have an opportunity to do the same, whoever that is. I look forward to supporting them and helping them transition and be a guiding support whatever they need through the next year. But I think it being my last year at Butler and everything I’d like to just kind of try some other things out that I haven’t had the opportunity to before I have to sadly say goodbye.”

During her time as SGA president, Patel said she has enjoyed meeting people from different parts of campus.

“I wouldn’t even say just students, because I’ve gotten to know professors, advisors, dining staff, regular people that I just didn’t think I would get to know that well,” Patel said. “But you can learn about people and how they can help you not only with your events, but then, you suddenly start to learn more about them and partnerships that happen, and I think it’s been really eye-opening to also see how a lot of different areas of our campus work that I probably never would have really gotten to know as just a regular student.”