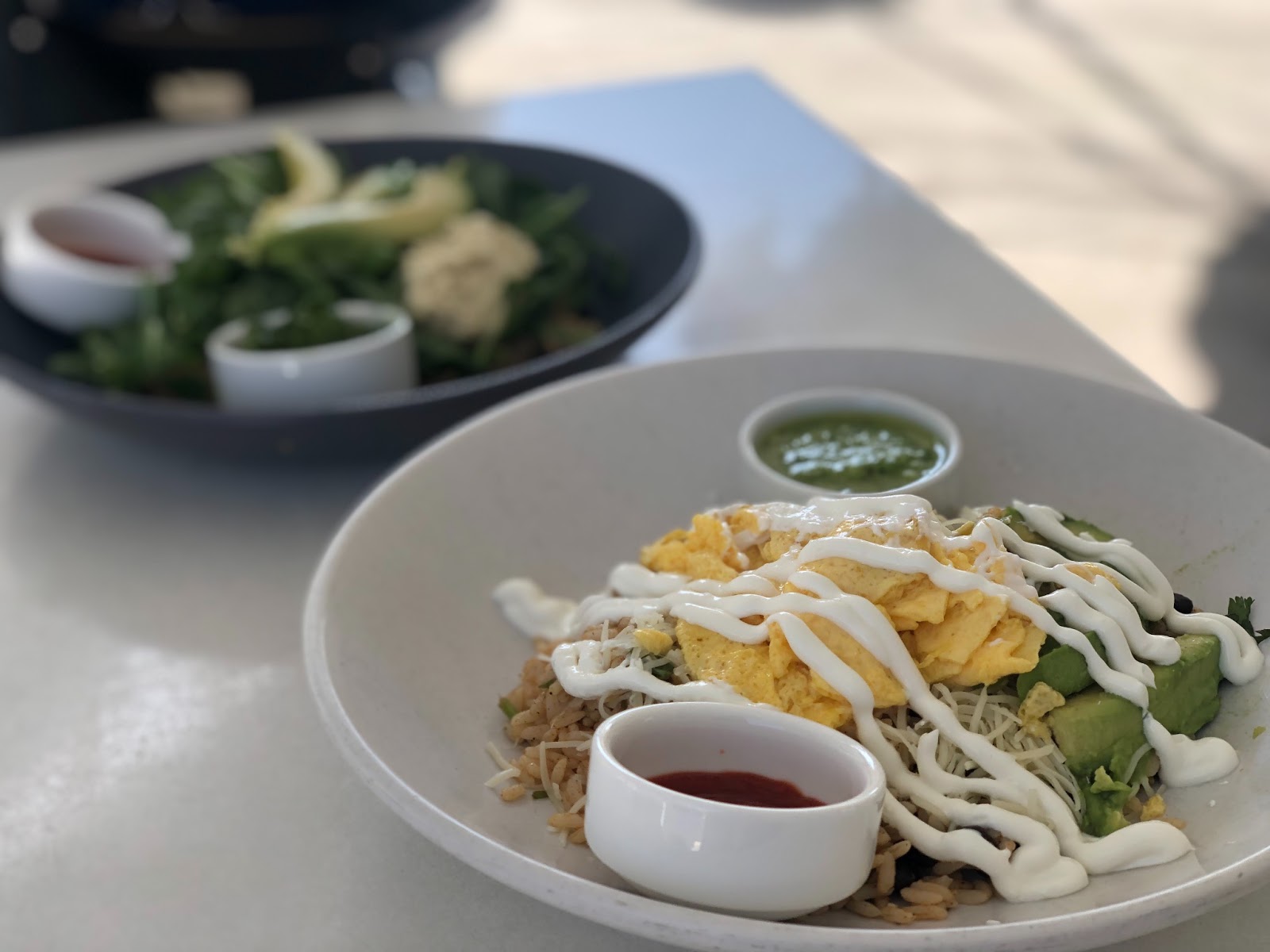 In honor of Women’s History Month, I wanted to commemorate the vital role of women in, well, everything, by paying a visit to a woman-owned restaurant. I decided on Cafe Patachou, a local Indy restaurant owned by Martha Hoover. Hoover is the founder of Patachou Inc., and leads the operations in several restaurants — such as Public Greens, Napolese, Apocalypse Burger and Bar One Fourteen — under the Patachou umbrella in the Indianapolis community.

Cafe Patachou was Hoover’s first restaurant venture in Indianapolis. Hoover was one of the first to introduce the farm-to-table dining experience in Indy and, given my love for supporting all things local, I would have been remiss not to check it out. Cafe Patachou now has several locations in the Indy area, so I went to the location closest to campus, the corner of Pennsylvania and 49th Street.

Upon entering the restaurant, I was met with a welcoming atmosphere and a restaurant filled with people: like I’d just come down to Sunday breakfast at home with my entire family already seated at the dining table. The smell of coffee wafted through the air, which was a huge plus. Since the restaurant was full and I wanted to be as COVID-19-safe as possible, I sat outside. Plus, I wanted to take advantage of the sunny weather.

Now, to the good stuff: the food.

Savannah Owens, a junior psychology and criminology double major and newly-committed vegan, accompanied me. Although she isn’t a fan of breakfast foods, she said that “the menu still looks really good.”

Admittedly, I’m also not the biggest fan of breakfast foods, but we wanted to give the promising menu a shot because there were so many breakfast and lunch items — and we were glad we did. The options ranged from omelettes and waffles to soups and sandwiches. The options were especially nice for Owens, given that several were vegan. This diverges from standard restaurants, which often only offer one or two.

I decided on ordering the Cuban breakfast, which included an egg — done your way — black beans, rice, white cheddar, avocado, sour cream and spinach-jalapeno pesto. I opted for scrambled eggs because my mind blanked when the waitress asked me how I wanted my eggs done — scrambled was the first thing that came to me. Owens ordered the vegan Cuban breakfast — which for the record was not planned — that subbed the egg, white cheddar, sour cream and pesto for cashew ricotta, arugula and vegan spinach-jalapeno pesto.

My dish came out with a base foundation of beans and rice, topped with the cheese. The egg was strategically placed on top of the cheese, making it melt just in time for the bite to reach my mouth. The avocado was neatly sliced next to the egg, and the entire dish was topped with sour cream. The plating itself was very aesthetically pleasing. I appreciated that I could add as much pesto as I preferred because it was in its own dipping bowl on the side.

We both asked for hot sauce on the side, which was a good choice. The spinach-jalapeno pesto gave a lot of flavor to the dish, but the added spice was a great addition to the Cuban breakfast.

I was wary of the combination of ingredients at first, but I felt they all paired well with one another. I’m very picky when it comes to breakfast foods, but I would definitely go to Cafe Patachou again just for the Cuban breakfast. The dish was light and flavorful, yet surprisingly filling.

Cafe Patachou has definitely perfected their portion sizes, which I appreciate: it was enough to make me perfectly full, but not can’t-get-up or have-to-unbutton-my-pants full.

My instincts — and my editors — led me in the right direction when choosing to visit Cafe Patachou in honor of Women’s History Month. Not only is there a great nonprofit and owner associated with the restaurant, the food was incredibly appetizing — and that says a lot coming from someone that isn’t a fan of breakfast foods. Women like Hoover have contributed so much to the Indianapolis community, and that should be acknowledged all throughout the year.