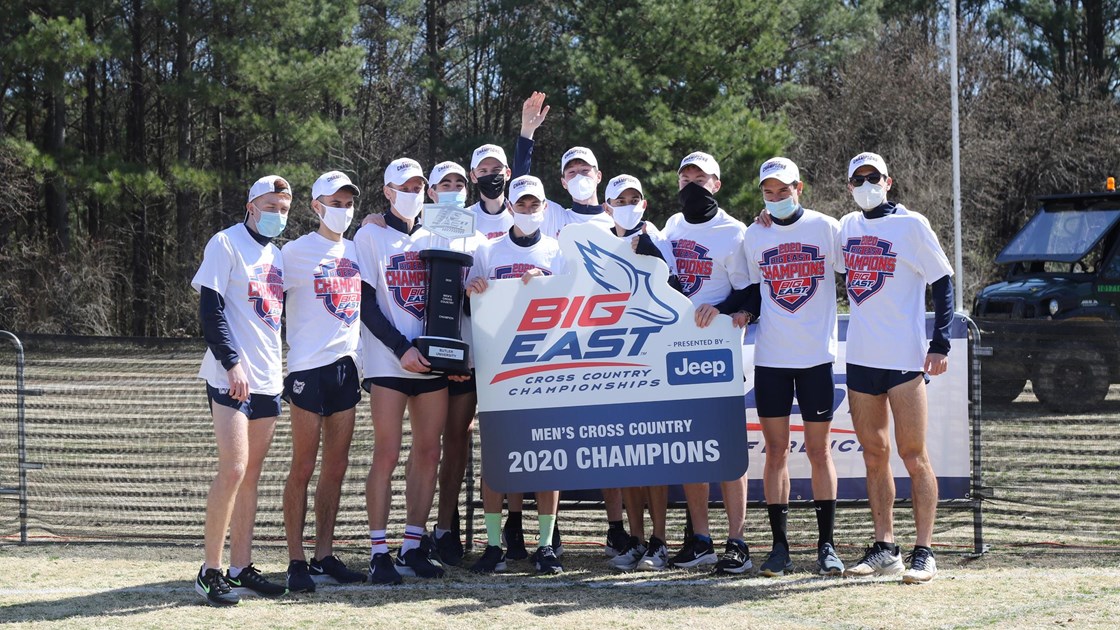 Despite only running one race in the regular season, the Bulldog men dominated the competition with all 10 of the runners setting new personal records in the 8k. This was their first Big East title in program history.

The race was jam-packed at the beginning with the lead pack of top-25 runners running aside one another until junior Barry Keane pushed the pace. Keane had open grass ahead of him until Villanova sophomore Haftu Strintzos squeaked by to win the race as an individual.

Keane ended with a time of 23:06:0 along with a second-place finish earning him the Big East runner-up. Graduate students Simon Bedard and Remi Schyns finished third and fifth, respectively, with times of 23:12.2 and 23:21.2.

Junior Pierre-Louis Debourte climbed 23 spots to ninth place during the race to become the fourth Bulldog to finish with a time 23:33.5. Butler’s next three runners rounded out their scores with junior Jackson Martin in 16th at 23:41.0, sophomore Jack McMahon in 19th at 23:45.4 and senior Clark Otte in 20th at 23:47.1.

In their Big East Conference Championship debuts, freshmen Jesse Hamlin and Ryan Adkins placed 23rd in 23:59.7 and 30th in 24:11.5, respectively. Graduate student Evan Byrne rounded out the team finishing with a time of 25:09.2.

As a team, Butler cruised to a team title with a score of 35 points. Other solid performances included Georgetown and the defending conference champs Villanova were not too far behind them, scoring 52 and 54 points of their own.

Even though the women failed to win back-to-back conference championships, they still managed to have a great race of their own with all 10 of their runners finishing in the top 50.

The race began with the Georgetown women taking control of the race early while juniors Angelina Ellis and Mia Beckham continued to hold on right behind them in the lead pack. Once they hit the first split, the Butler women began to fall back as the Georgetown and UConn women began to open their strides. However, Ellis and Beckham fought their way back into the mix as Beckham rose five spots to catch up to Ellis.

The final race of the season for the Bulldogs, who qualified for the NCAA Championship, will be on March 15 in Stillwater, Okla.