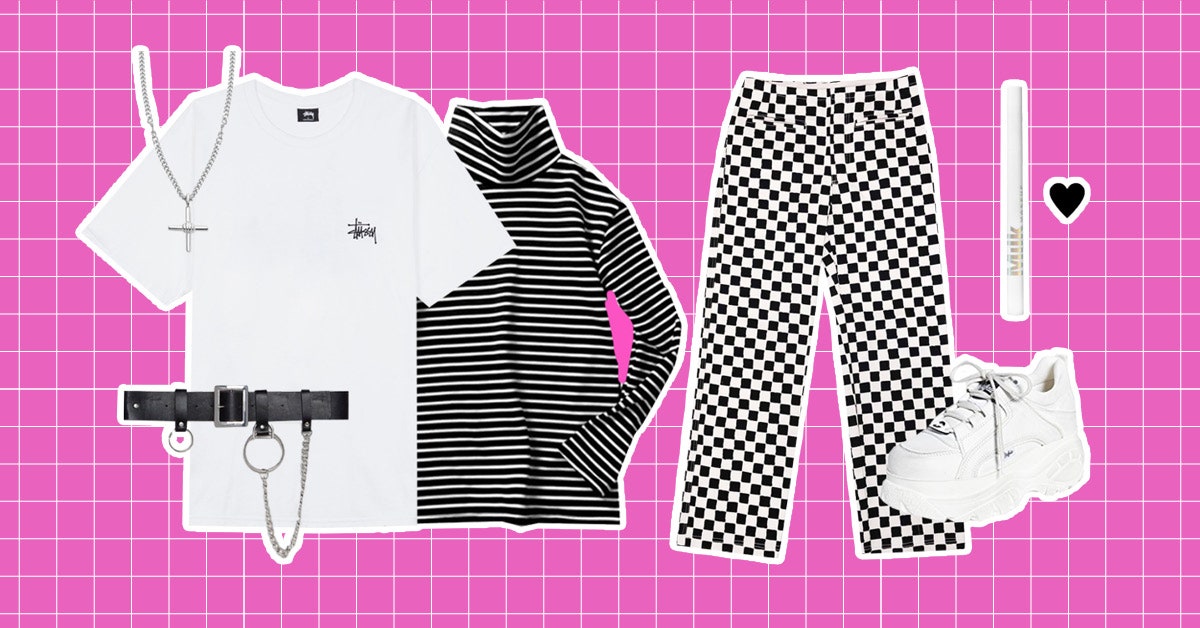 From E girl to cottagecore, check out these three ways to rebrand your style. Photo courtesy of Teen Vogue.

Since the rise of TikTok, distinct styles of fashion and self-expression known as “internet aesthetics” have emerged through the interwebs and raised in popularity. These internet aesthetics provide a visual representation of several niche internet subcultures — and as the internet is limitless, so are the opportunities for new aesthetics to arise.

Of course, these aesthetics can be expressed through one’s style, but they can be demonstrated in other ways, too. Senior arts administration major Ruthie Miller said she thinks aesthetics are reflective of one’s overall lifestyle.

“It doesn’t just have to be clothes,” Miller said. “[It can be] how you decorate your room, how you do things on the internet, [it is] kind of an every day, every facet of life type of thing.”

The nature of the TikTok algorithm makes it easy for users to become submerged in whichever subcultures they might be interested in. Internet aesthetics likely originated on Tumblr, but as TikTok continues to gain relevance, the app has provided a platform for creators to express these aesthetics and evolve them into what is popular today.

“I’d say definitely Tumblr, TikTok, and maybe Pinterest as well,” Irpino said. “Just because Tumblr was like a blogging website, it was definitely the niche kind of people that the aesthetics would cater to, and then TikTok is kind of like the same thing. And then Pinterest, obviously people make mood boards on there, and they do all of the aesthetic stuff.”

The “E-girl” aesthetic is commonly associated with an edgier, darker style of clothing that evolved from styles such as scene or gothic aesthetics. E-girls are often known for wearing darker eyeliner, dying their hair bold colors and accessorizing with chains and fishnets.

Gabby Ruiz, a sophomore health sciences major, said she has been inspired to incorporate elements of E-girl style into her own.

“I recently got jeans with a chain on them,” Ruiz said. “Or colorful pants, and like, the layering and stuff… the dark clothes, fishnets, things like that. [And] chunky boots.”

“Cottagecore” refers to an aesthetic that is largely rooted in escapism from technology and regression to a simpler, more nature-based approach to life. Flowy dresses, natural glowy makeup and an abundance of plants and florals are a few characteristics that are distinctive of the cottagecore aesthetic. Imagine the most peaceful, pristine picnic in a picturesque meadow — that’s cottagecore.

Irpino said that she does not personally have an internet aesthetic but understands why cottagecore has become popular.

“I think a lot of people are big fans of cottagecore,” Irpino said. “It’s just fun, and you know, freeing from like, the confines of capitalism.”

Imagine the aesthetics of Harry Potter, but more modern and on-trend — that’s dark academia to a tee. Dark academia refers to the aesthetic of a romanticized, yet dark and mysterious scholar. Trench coats, plaid patterns and a neutral color palette are all hallmarks of this aesthetic.

Adopting any aesthetic can seem like a huge change of lifestyle, but students interested in internet aesthetics do not have to purchase a whole new wardrobe or fill their dorm room top to bottom with plants. Instead, aesthetics offer an opportunity for students to experiment with different interests and clothing styles and explore what they enjoy.