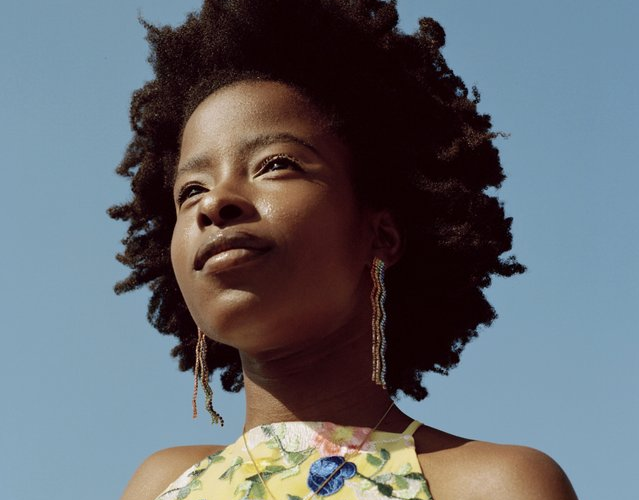 The folks living in my apartment — and however many millions of other Americans — all tuned in to watch both the inauguration of President Biden and the Super Bowl. What do these two events have in common? They are both major events in American history and culture, and they both featured Amanda Gorman.

Hold the phone — this 22 year old Black woman was featured at both events? That’s absolutely iconic.

Gorman has made history in a number of firsts: first National Youth Poet Laureate and first poet to read at a Super Bowl. In addition, she is now the youngest-ever inaugural poet.

I had never heard of Amanda Gorman before the inauguration. Maybe that’s just my own personal ignorance or maybe it’s because our society is really good at ignoring amazing poets, but I was surprised when I saw this beautiful, young face pop up while Biden took out the trash.

In case you missed it, Gorman read a beautiful poem at the inauguration. She picked “The Hill We Climb,” a poem she actually finished writing while watching the Jan. 6 domestic terrorist attack on the Capitol.

Not even three weeks after reading at the inauguration, Gorman shocked millions when she appeared onstage, reading a poem at the Super Bowl. Talk about worlds colliding. Never before has a poet performed at the Super Bowl and Gorman did it with such grace and elegance; it was stunning to watch.

At the Super Bowl, she read her poem “Chorus of the Captains.” This poem celebrated and cherished heroes of the pandemic — U.S. Marine veteran James Martin, educator Trimaine Davis and ICU nurse manager Suzie Dorner, specifically. Not to be controversial, but it was definitely better than the Weeknd’s performance.

I need you to pause and think about the power her appearances hold. Gorman is a young Black woman and her talent leaves me almost without words. It is so freaking important to see this successful Black woman, a creative who is able to touch so many lives with her poetry. As a non-Black woman, I personally feel so much joy seeing this young, successful woman at two of the most-watched events in American culture. The feminist inside of me was doing cartwheels of excitement!

Yes, I definitely have a mega-crush on Amanda Gorman.

Gorman acknowledges her enslaved ancestors, addresses the oppression the Black community still faces today, calls for unity and encourages hope, all in one poem. My summary does not do this poem justice: please read it in full here.

If anyone deserves to be a cultural icon, it’s Amanda Gorman. I think it is incredible to see her becoming a fixture in American culture, but we can’t simply take this as a win at face value. There is still so much more work that needs to be done in the fight for racial equality.

First of all, I am glad Gorman was highlighted at the presidential inauguration. However, it’s deeply disappointing that simply seeing a Black woman stand there, where 45 other white, male presidents have stood, is so legendary. We can’t say that our society has changed if we still don’t have proper representation in the highest positions of political power in the United States. Our government still fails to reflect our nation, and while Gorman’s presence deserves to be celebrated, it’s only the first step.

Also, we can’t forget that just a few years ago, the NFL destroyed Colin Kaepernick’s career. Now, they are touting racial equality and bringing in the same poet who performed at the inauguration, as if that will fix everything. They so obviously have changed their narrative now that racial equality is “popular.” Yes, I used quotation marks. It’s disgusting the way that corporations think they can just say “Black Lives Matter” and ignore the work they have to do to undo centuries of oppression they have enabled — and the callous destruction of Kaepernick’s career is a prime example.

Equality is not a trend. It is a constant uphill battle to fight for the marginalized communities in our society. While Amanda Gorman is super fricking cool, we can’t allow her to be our excuse to give up or slow down the fight. One Black woman’s success is not indicative of every oppressed person in this country. Amanda Gorman is who she is despite the oppressive systems in place, not because she was given equal opportunities.