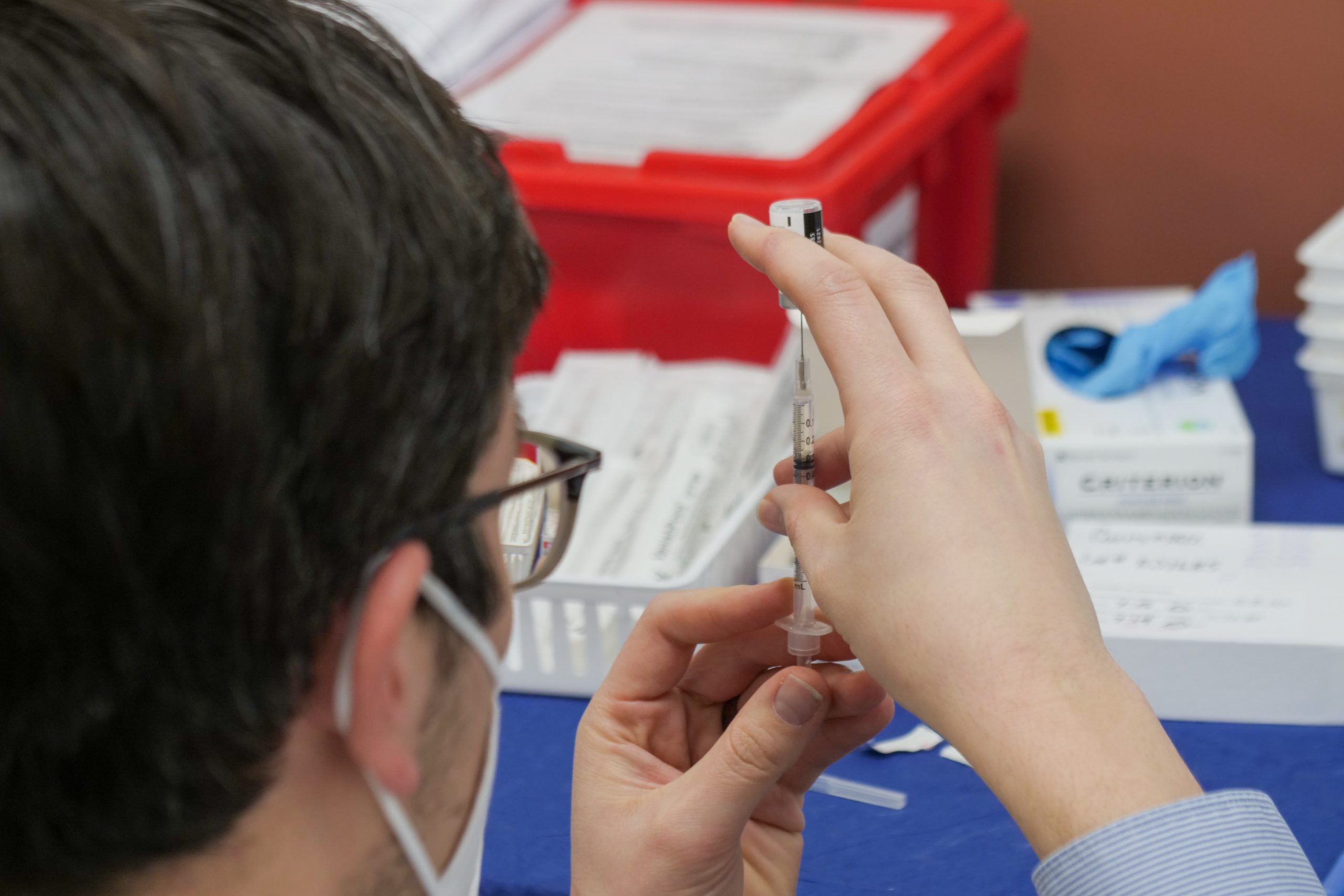 Butler students and faculty share their opinions on the COVID-19 vaccine. Photo courtesy of unsplash.com.

After months of navigating the first pandemic in 100 years, the arrival of multiple COVID-19 vaccines offered a glimmer of hope for the devastating year that was 2020. While many continue to eagerly await their turn in line to get the vaccine, some remain hesitant to receive the dose given its quick rollout.

Historically, vaccines can take years to create, run through trials and subsequently be approved. With the help of modern day technology, people are now receiving doses sooner than many could have expected.

Last week, Butler posted a webinar to discuss the COVID-19 vaccine. Faculty from various science departments answered questions on how the vaccine works, efficacy and safety.

Mike Trombley, a lecturer of biological sciences, explained that the vaccine contains mRNA, which has the “instructions” for the spike protein within the virus. Thus, once scientists were able to replicate the sequence of the virus, they were able to use that sequence and make lots of doses.

In addition to the makeup of the vaccine, a contribution of $10 billion dollars from The CARES Act to Operation Warp Speed helped prioritize the COVID-19 vaccines trials so they could begin sooner. Trombley emphasized that safety was not compromised during testing and the high number of volunteers willing to participate in the clinical trials helped move the process ahead.

Trombley said that those with allergies and a history of allergic reactions should consult with their doctor as to whether taking the vaccine would be the right choice for their personal health.

“You can never have too much information going into this and that’s where having a good relationship with your family doctor is important,” Trombley said.

Trombley also said infertility has been a concern among some, including his own friends, that they fear might result from the vaccine. He said there has been no evidence to prove the vaccine causes infertility, explaining that because the vaccine is a copy of the COVID-19 virus, infertility would also have to occur in women who experienced the natural virus itself.

Beyond the quick rollout and side effects of the vaccine, some individuals in the Black community have concerns of medical racism. People of color, specifically Black individuals, have been disproportionately mistreated by the healthcare system throughout history. Like several prior epidemics, the COVID-19 pandemic took a significantly higher toll on Black people, killing 1 in 645 Black Americans compared to 1 in 825 white individuals as of Feb. 4.

While the vaccine would offer protection to the Black community, instances of medical racism and violence such as the Tuskegee Study are a continued cause for concern, specifically regarding the vaccine’s unknown long-term effects. In a recent Pew Research study, only 42% of Black Americans said they would be willing to get the vaccine.

Caroline Davis, a junior elementary education major, said she feels confident in the safety of the COVID-19 vaccine. Davis said she understands the outstanding amount of funding and extra hours that were put into creating the vaccine and that she trusts the scientists.

“I was happy because it was a sign of hope and a sign of better times coming our way,” Davis said. “I think this is something that we’ve been talking about for almost a year now and it’s just refreshing and comforting seeing it come out.”

Sophomore pharmacy major Brian Cottingim received the COVID-19 vaccine himself and did not have any concerns before receiving the two doses. Citing his biology classes and personal research, he said he welcomed the opportunity to receive the vaccine.

“I did some research about how it worked,” Cottingim said. “I did do that to make me feel comfortable with talking about it because as a future healthcare professional I want to be able to explain what is actually going on.”

Cottingim said he and other classmates are confident in the safety of the vaccine given their pharmacy background.

“The most knowledgeable professionals are saying it’s safe and they’re people too. They’re not looking for demise, they want to have a cure, just like the rest of us,” Cottingim said. “If they say it’s like, healthy and not dangerous, I’ll believe them.”