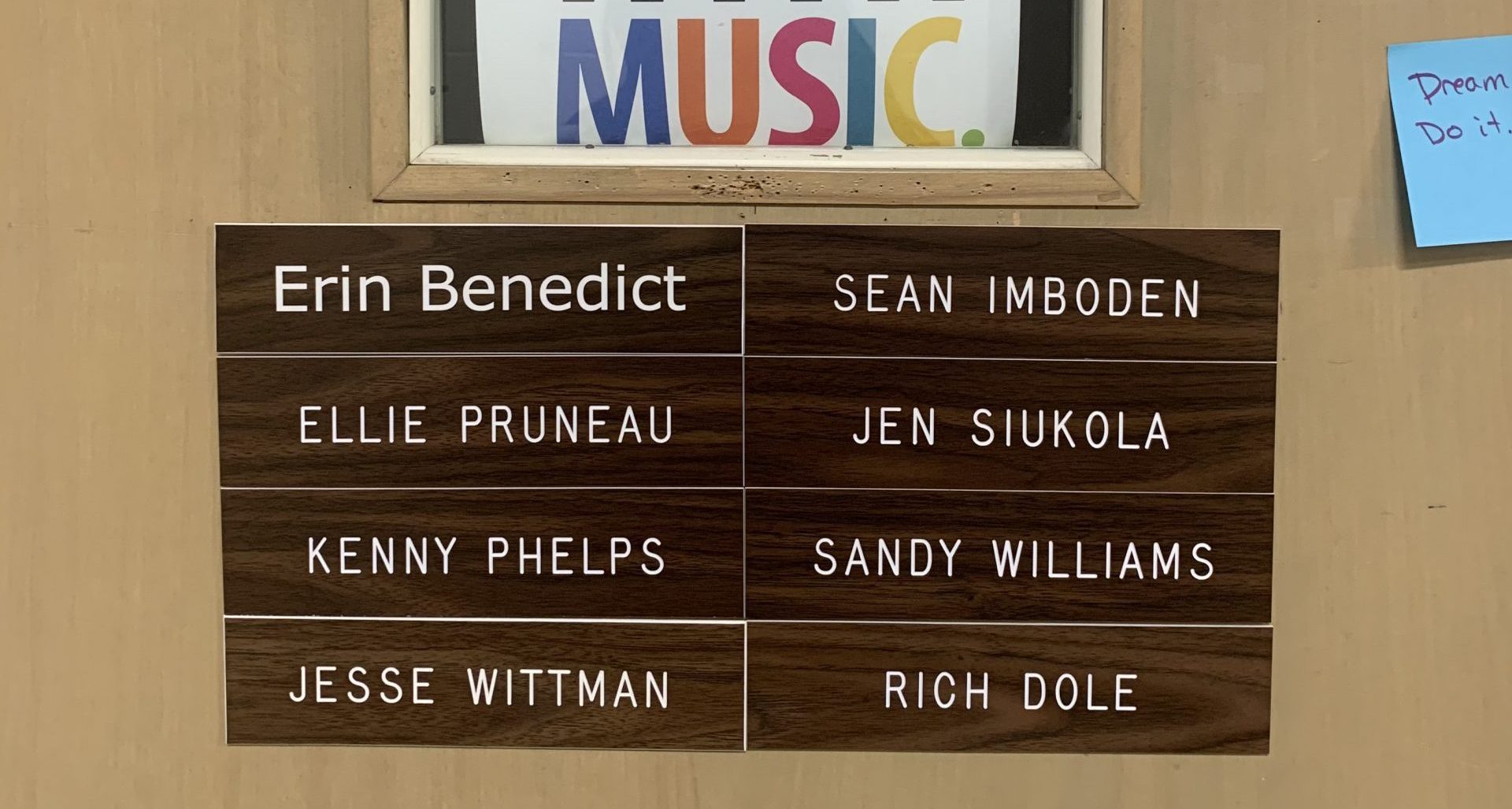 Butler’s jazz studies program provides students with many enriching opportunities such as chances to perform with world-renowned artists and opportunities to learn about genres of music similar to jazz, like Afro-Cuban or contemporary popular music. The program was approaching its sixth year as an approved major when tragedy, also known as COVID-19, struck. Faced with the necessity of budget cuts, the jazz program lost its adjunct faculty, many of which served as the backbone of the department.

Jazz has not always been a respected musical style at Butler.

Matt Pivec, director of jazz studies has heard this firsthand from Butler students’ experiences in the 1950’s jazz scene. When he was first hired, Pivec interviewed members of the Indianapolis jazz scene to gain intel on the local history of the musical style. One of his interviewee said that jazz was not a musical style taught by professors, and if students were even caught practicing too much jazz, they had to talk to the dean — something scarily reminiscent of dancing in “Footloose.”

“Jazz was considered more of an extracurricular type of pursuit,” Pivec said. “If you were really interested in jazz music, that wasn’t looked at as a legitimate discipline that was in the school of music, so you had to pursue it after hours.”

In fact, the only jazz band on campus was a student-led ensemble organized by Phi Mu Alpha Sinfonia, a music fraternity. According to stories told to the Pivec, jazz practice was so frowned upon that the fraternity’s rehearsal space ended up mysteriously locked one day.

When asked about where the disapproval stemmed from, Pivec said there are several probable layers to the school of music’s biases.

“There’s probably certainly a racial component, through the years, as universities are not immune to biases and stereotypes related to musical styles, of course,” Pivec said. “Then for the longest time, and I can say I don’t feel this at all anymore with my colleagues, … but for the longest time, [people believed] jazz did not require practice.”

Instead of the canonical classical track, it was believed by students and faculty alike that jazz was not something one studied, people were either born with the gift or not. Pivec also said that due to the connotation of jazz, such as the performance spaces where jazz bands performed and the audience members they performed for, the musical style was seen as inferior to Western classical music.

“The stigma, that because the performing venues and the performer-audience relationship is different, that bias towards that certainly led to the fact that [jazz] has come way after Western classical music in the curricular offerings.”

Jazz studies has been offered as a major at Butler for the past five years, Pivec said. Since becoming an official major, the program won a DownBeat award in 2020 and has performed with jazz legends such as Jay Jennings and Benny Golson.

“I think our jazz students work very very hard and in many cases,” Pivec said. “I think the credit goes to them, and the credit also goes to the faculty for being open-minded about embracing different musical styles as a part of what we can offer within the school of music.”

Pivec also said that thanks to supportive administration in JCA, the jazz program receives great visibility and opportunities, such as Signature Series concerts.

“For example, Dean Brooks, and even previous administrators before Dean Brooks, have provided really incredible opportunities for the students to grow and for their work to be very visible,” Pivec said. “I’m speaking particularly of Signature Series Concerts, where we get to play with really incredible artists, so those are really important visibility opportunities. And then, people who go to those concerts, they get to hear the students and see that they’re serious about this. They approach it with the same type of discipline as any type of music student.”

From concerts to public gigs, jazz studies students are challenged by their program by having to learn and memorize countless jazz standards and be able to improvise over the songs’ melodic progressions.

Xavier Robertson is a 2020 Butler graduate with a music degree in jazz studies. Now back at Butler for a graduate degree in performance, Robertson acknowledged that he has seen how jazz is treated differently, such as when the adjunct faculty were laid off due to budget cuts resulting from COVID-19 financial losses. He also pointed out that unlike other music departments, the jazz program has more adjunct faculty instead of full-time professors.

“You might see some of those lasting impacts with the way that most of our — well, that all of our faculty, with the exception of Dr. Pivec — are adjunct,” Robertson said. “With the recent cuts due to the pandemic, with the adjunct faculty getting rid of, maybe there’s something there.”

Annie Brown, a senior jazz studies major, said she also took note of the disproportionate treatment of the jazz program due to the budget cuts.

Discussing the budget cuts, Pivec said that though the jazz department is made up of more adjunct faculty than full-time faculty, the budget cuts were not made to target or undermine the jazz program. He also said how despite the circumstances, if students need help, faculty members will not turn them away.

“We have, perhaps, more adjunct applied faculty in the jazz area than maybe other areas do, but I don’t feel like it impacted us disproportionately in that situation,” Pivec said. “Faculty, they’re committed to helping the students regardless of circumstances. It’s not like they’re gonna be turned away because of certain circumstances. I also think that the students, for the most part, they really recognize that their own development is their own responsibility.”

Due to COVID-19, many arts departments have faced struggles and challenges to continue creating art and having their work recognized on campus. Pivec said that due to the style’s relationship with 20th-century historical events, jazz’s relevance to today’s times can ensure the program’s permanence on campus.

When discussing ways to ensure the jazz program’s place at Butler, Robertson said that hiring more full-time faculty, as opposed to adjunct professors, could help strengthen the program.

“I think that would go a long way, having set professors here for a while to help build the program, and it would help this program become more enticing for incoming students.”

“Even if these resources that certain departments are receiving and certain departments aren’t, even if that’s not entirely intentional and not explicitly racist, we have to consider the lasting effects of that and the implicit bias, and the prejudices that are lingering under the surface that people may not be aware of,” Brown said. “I think if we were more intentional about that, the world would be a better place and students wouldn’t be feeling as bad as they’re feeling now about the situation.”

Despite losses from COVID-19, Pivec said that the best thing the jazz program, and all programs at Butler, can do now is learn from past experiences and do their best to ignite positive changes such as increasing visibility for musical styles other than Western classical music and providing opportunities for learning about other cultures. While Butler can not change its history, it is capable of improving its future.

“Just like any area at Butler, we’re trying to do all we can to learn from those incidents that happen, many years in the past, and not forget them but to use that as a catalyst for continued change and growth,” Pivec said.