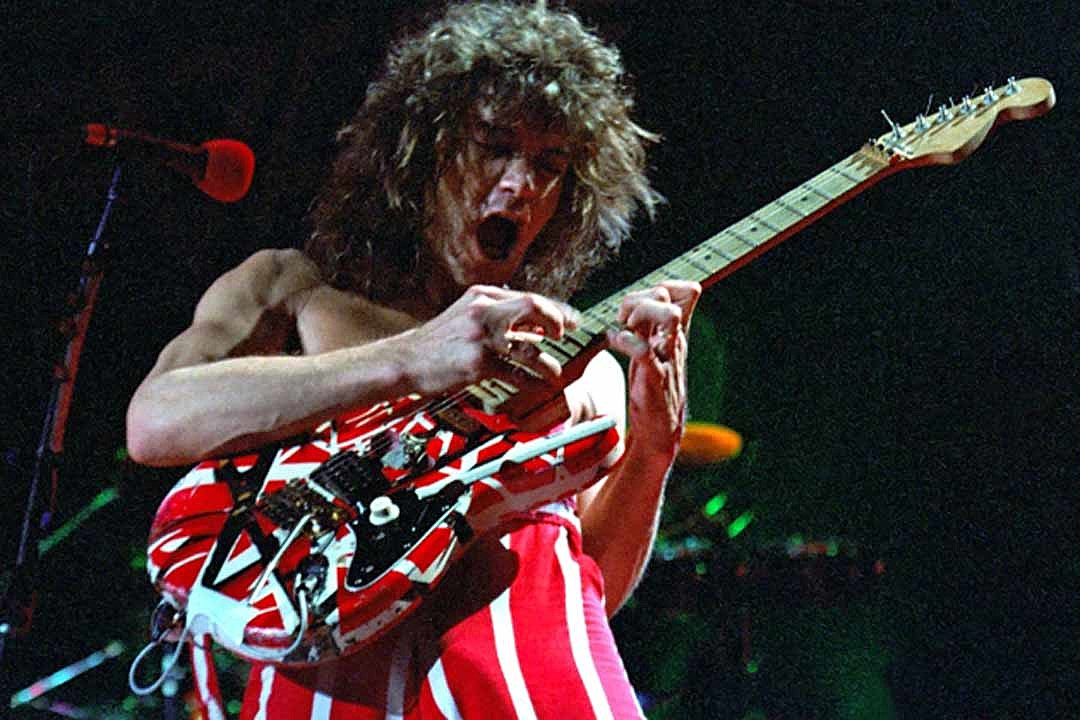 After half a decade of battling cancer, Eddie Van Halen, one of Rock n’ Roll’s greatest icons has died.

Born in Amsterdam, Netherlands in 1955, Edward Lodewijk Van Halen was the son of Dutch musician Jan Van Halen. In 1962, the family moved to Pasadena, California where Eddie and his older brother Alex would commute to San Pedro to study piano.

During an interview with “Esquire” in 2012, Eddie admitted that he’d never learned to read sheet music, and that he instead learned by listening to Bach and Mozart recitals, improvising as he went. While competition judges would comment on his interpretation of a piece, Eddie would respond in shock, certain he’d been playing it correctly. Piano was proving to be too easy for him.

When Alex began playing the guitar, Eddie decided to buy a set of complementary drums. Oddly enough, over the next few years, the boys’ roles would switch, with Eddie falling in love with the guitar.

While he was in the fourth grade, Eddie and Alex formed a band with three other boys, performing at lunchtime at their Pasadena school. Later, Eddie would recall his elementary antics as the point he first wanted to become a professional musician.

In 1972, the brothers formed the band Genesis, not to be confused with the already existing English rock band. Upon realizing a band by the name already existed, the name was changed to Mammoth, and then to the iconic Van Halen in 1974. Through self-promotion at high schools, Van Halen grew in California, soon playing regularly at clubs to a growing following.

In 1978, their self-titled album reached No. 19 on Billboard pop music charts upon release. The album featured classics like “Runnin’ with the Devil” and “You Really Got Me.” Also featured on the album was “Eruption,” a minute and forty two second explosion of a guitar solo, widely considered one of the greatest of all time.

Tapping, a playing method in which both hands are on the neck of the guitar, was popularized by Eddie through “Eruption,” though it had its roots in flamenco guitarists. When asked about what influenced the style during an interview with Guitar World, Eddie pointed to Jimmy Page, the lead guitarist of Led Zeppelin, and his solo on “Heartbreaker.”

By the early ‘80s, Van Halen was one of the most successful rock acts of all time. The band’s album “1984,” released the year of its name, was their biggest success. After only a year in circulation, it had gone platinum five times, with the single “Jump” earning Van Halen a Grammy nomination.

In 2000, Eddie was diagnosed with tongue cancer. After the removal of a third of his tongue, he was declared cancer free in 2002. His personal theory was that it was caused by the copper and brass guitar picks he’d hold in his mouth, in the same spot as where the cancer appeared, according to an interview with NME in 2015.

Van Halen was inducted into the Rock and Roll Hall of Fame in 2007. The appraisal came at a difficult time though, as Eddie was unable to attend due to having just entered rehab for alcoholism, with which he struggled since the age of 12. He later revealed in a 2015 interview with Billboard that he’d been sober since 2008.

In 2019, Eddie was hospitalized after an ongoing battle with throat cancer. On October 6, 2020, Eddie Van Halen was pronounced dead at Saint John’s Health Center in Santa Monica, California. He was 65 years old.

Gene Simmons, the frontman for KISS, expressed his heartbreak over the situation on social media, saying, “Eddie was not only a guitar god, but Eddie was a gentle soul.” Simmons had produced Van Halen’s first demo, according to Rolling Stone.

The music industry and Rock n’ Roll community mourns the loss of Eddie Van Halen. A virtuoso of the six-string, he inspired millions to pick up a guitar and dumbfounded established professionals with the way he danced around frets. There’s never been a better time to pull up old ‘80s tracks, whether in mourning, nostalgia or celebration. The best place to start is where it all began, Van Halen.

Rest in Peace to a guitar hero. Heaven will be dancing the night away.