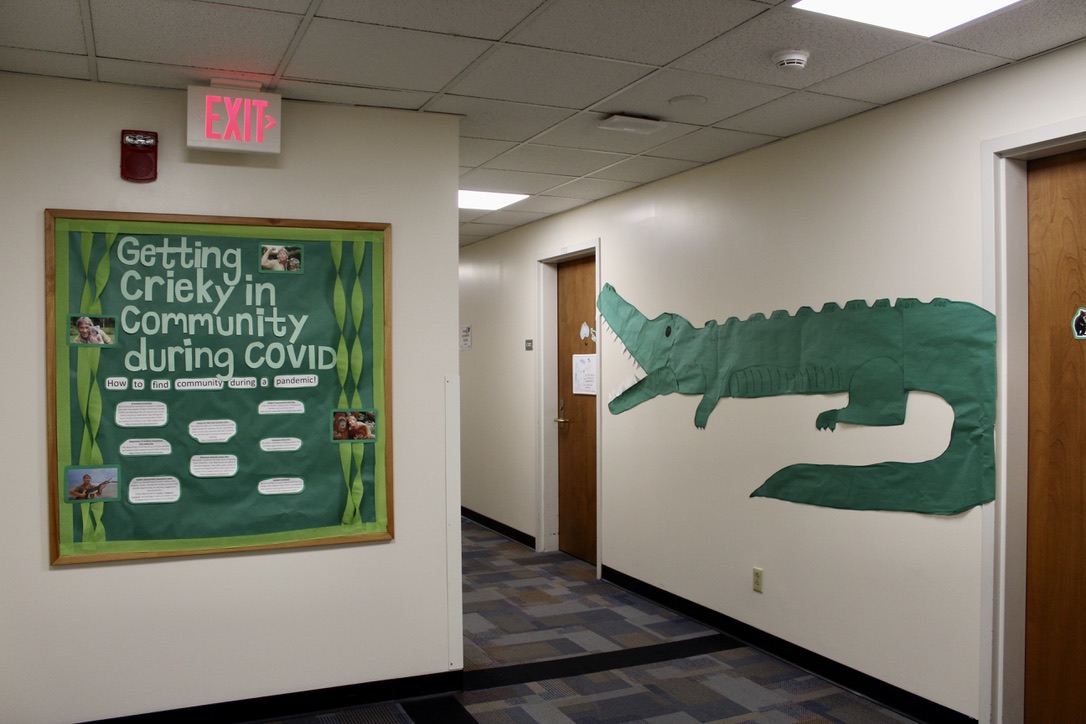 RA’s and FIR’s are working to maintain connections with their residents. Photo by Josa Kerns.

As Butler’s fall 2020 semester is coming to a close, both residential assistants and faculty in residence — known at Butler as RAs and FIRs — are wrapping up their residential programming, which was created with the intention to unite and facilitate a community between students sharing a floor or unit in Butler housing.

Fostering an inclusive and welcoming environment can be difficult when working within the safety guidelines imposed by COVID-19. Luckily, many RAs and FIRs have been thinking outside the box to come up with creative solutions for bringing their residents together safely.

Madison Millard, a senior French, psychology, and sociology triple major, has been an RA in Residential College for the past two years. She has around 35 residents in her unit, though the number has fluctuated due to some students choosing a remote semester. Millard has found planning and executing virtual events to be challenging.

“The first few weeks I had tried a few virtual things and it was a little harder for residents to join,” Millard said. “I think they were looking for more in person, because you interact more. So what I did was use SGA’s grab-and-go events like making mugs. I had a couple residents do that and that turned out really well. Then I wanted to get us off campus, so one weekend we walked to Graeters. That was nice to get off campus without having to worry about driving.”

Richard Davis, a junior jazz studies major, has also been an RA for the past two years. He’s previously worked in Ross Hall and is now an RA in ResCo. Davis found that some of the most successful aspects of his programming — food, specifically — are no longer practical given COVID-19 regulations on campus.

“Usually one of the number one tactics when we’re doing an event as RA’s is [to] have food,” Davis said. “If there’s food involved, residents will be there. But we can’t this semester, so that has been challenging, and you can’t have massive groups of people. So some of the things that I have been doing are small field trips to Newfields to look at the art.”

Catherine Pangan, an education professor, has been a FIR for twelve years. She, her husband and her two kids have lived in Schwitzer, Resco and now reside in Fairview. As a FIR in Fairview, her family is involved with 556 residents.

“This year it has been a combination of supporting, attending and publicizing SGA programs like the movies at the observatory and Butler Beats,” Pangan said. “We’ve combined that with individualized and small group check-ins on my patio for students who want to chat, who might be going through some tough times or who want to celebrate an accomplishment. Our largest program, so far, has been pumpkin carving — you can see the masterpieces by the fence!”

During a typical semester, both Millard and Davis would be required to host programs for their residential unit; however, given COVID-19, the only required programs are “all-hall,” which is a mandatory meeting all residents go to regarding updates on the floor, and dawg discussions, which are one-on-one talks between the RA and their residents. These talks are designed to check in on students individually during the semester.

Even with the programming requirements lifted, many RAs have created some sort of programming for their residents.

“We even did a ResCo kickball tournament and not to brag, but my unit won,” Davis said. “We’re trying to find ways to involve everyone even though it’s not a requirement, and I think residents appreciate that because there hasn’t been much social interaction at all with quarantine, so they’re pretty eager to go out and do things.”

FIRs are normally required to do two large programs and several small programs per month, though that requirement has changed during the pandemic. Pangan has had to scale back the larger programs, but consistently reassures her residents that she and her family are there for them if needed.

“Roland [Pangan’s husband] and Hudson [Pangan’s son] have an “open door” soccer policy as well and anyone is welcome to join in when they are out kicking around!” Pangan said.

Another drawback to lifting required programming is the absence of budgets that typically fund these activities.

“I would love to get packaged foods like cookies or something but without a budget, it’s kinda harder,” Millard said. “I’m trying to find ways to show residents that they’re supported, like putting Post-It notes on their doors to show them support and that I’m there for them, because it’s hard to see that when you’re trapped in your dorm.”

The atmosphere in the residence halls is also different — among other changes, kitchens and lounges now have restrictions on who can be in the spaces. Students that don’t live together are discouraged from using the spaces at the same time. The kitchens in ResCo only accommodate one person and the lounges can only accommodate four people given social distancing rules. Many students have been meeting with their friends and utilizing outdoor spaces on Butler’s campus.

Even with the restrictions, RAs are striving to create virtual connections. Some RAs have created dialogue in their group chats while others, like Millard, have observed their residents playing video games together.

“Another thing that I’ve tried to do is like album of the week,” Davis said. “We have a group chat on our floor and someone submits an album they are listening to and why they like it. Then it kinda becomes this conversation and, while it’s not face-to-face, it’s still an interaction and conversation.”

Even with their best efforts, Millard and Davis both agree that COVID-19, as well as how the university has had to adapt to the virus, has made things difficult for them and for their residents. Millard noticed the difficulty especially when it came to the removal of fall break and holidays, such as Labor Day, this year.

“As a RA, I know I enjoy social interaction, planning events and interacting with residents,” Davis said. “We’ve been able to find ways to build community and make it feel safe, which I think has helped boost morale with our residents. I think for them to know they’re in a safe place is really beneficial to them so then they can take on just the normal college stresses of workload.”