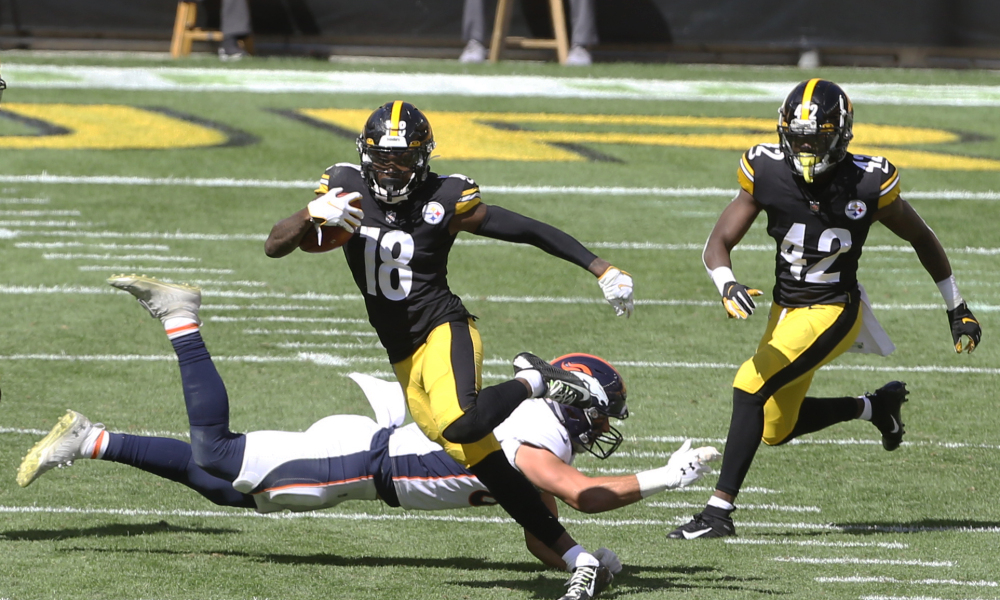 Just when you thought 2020 couldn’t get any worse, the injury plague hit the NFL hard last week with many big names going down. From Saquon Barkley tearing his ACL to Christian McCaffery spraining his ankle, many fantasy football managers are left without some of their top draft choices for numerous weeks.

These managers now have no other choice but to search for replacements meaning they are going to have to take a deeper dive into some players that are becoming big roles in their respective offenses. Here is a look into the players to start and sit for week 3 of the NFL season.

Ryan Tannehill, Tennessee Titans. Last week, Tannehill had himself a day throwing for 239 yards and four touchdowns. He has progressed well in his second season as a Titan after a bit of let down in week 1. Now, Tannehill gets to go up against a Minnesota Vikings defense that was ranked 29th in yards allowed through the first two weeks. Tannehill is lined up to have another incredible outing, so make sure he is in the starting lineup.

Deshaun Watson, Houston Texans. Watson and the Texans have had a rough schedule to start the season and unfortunately for Texans fans, it is not done yet. This week, they are up against a Pittsburgh Steelers defense that has 10 sacks through two weeks and has held opposing offenses to 21 points or less. Watson’s performance doesn’t help the cause either as he has only thrown for two touchdowns and two interceptions in the first two games. Keep Watson on the bench this week if you have another quarterback option to use.

James Robinson, Jacksonville Jaguars. No more Leonard Fournette in Jacksonville equals no problem for the Jaguars. The undrafted rookie out of Illinois State University has fit perfectly into the Jags offense and has been one of the main factors to their surprising start to the season.  In only his second career game in the NFL, Robinson surpassed the triple digit mark in rushing yards as he ran for 102 yards and a rushing touchdown. This week, the Jaguars are up against a Miami Dolphins defense that has let opposing teams rush for 4.3 yards per carry. Robinson is ready for another breakout game and should be starting in every fantasy football lineup out there.

Mike Davis, Carolina Panthers. The Panthers have had a tough start to their season after losing to games that came down to the wire. Things are not looking any brighter for them as their main source of offense the last two seasons in Christian McCaffrey is now out for at least four to six weeks. While this is great for Davis, who will now step into the Panthers’ run heavy offense, they are up against the Los Angeles Chargers defense that has held opposing running backs to 70 rushing yards or less. Davis is a great waiver wire pick while McCaffrey is out, but this week he should stay on the bench.

Dionte Johnson, Pittsburgh Steelers. With Ben Roethlisberger finally healthy, the Steelers offense looks like night and day compared to last season. For Johnson, this has been amazing so far as he has been targeted 23 times as a number two wide receiver. The Steelers are throwing the ball like crazy and that will most likely not stop as they are up against a Houston Texans team with a weak secondary. Johnson has paved himself a starting role for deeper fantasy football leagues who are dealing with injury trouble.

CeeDee Lamb, Dallas Cowboys. After somehow coming out of the Falcons game with a win last week, the Cowboys are in store for an awakening as they are up against a Seahawks team that is red-hot. While Lamb played great against the Falcons weak secondary last week putting up a team leading 106 receiving yards, Lamb will have a harder time getting open this week. There are plenty other better options for wide receivers with easier matchups this week, so stay away from Lamb.

Mike Gesicki, Miami Dolphins. The Dolphins may have lost their first two games of the season, but if there was one bright spot on their offense, it had to be Gesicki. Last week, Gesikci caught all eight passes that went his way including one touchdown. The Dolphins now face a Jaguars team that has allowed the third-most points to tight ends. Anyone in search of a tight end this week should consider Gesicki as he is destined for another outstanding game.

Darren Waller, Las Vegas Raiders. The Oakland—I mean— Las Vegas Raiders are now 2-0 after a major upset against the New Orleans Saints at home. During this game, Waller was a major reason why as he had an unbelievable 12 receptions for 103 yards and a touchdown. Despite Waller’s incredible game for a tight end, this week he is going to have a tougher time reaching those heights against the New England Patriots who have let up the fourth-least points to tight ends. Some fantasy owners may have no choice but to start him this week, but if there is a chance for someone to replace him, they should do it.

Zane Gonzalez, Arizona Cardinals. Being part of a high-powered offense is always a big part of a kicker’s success and lucky for Gonzalez he is indeed part of one. Gonzalez has already been able to attempt six field goals and six extra points. All this scoring is likely to continue as they go up against a Detroit Lions team that has let opposing offenses score 69 points. Gonzalez has had some solid production, so insert him into the start lineup immediately.

Sam Sloman, Los Angeles Rams. With Greg “The Leg” Zuerlien now playing for the Dallas Cowboys, the Rams have turned to rookie kicker Sloman as their kicker. Sloman has seen some success so far as he has had 100% accuracy so far in the warmth of Los Angeles. Although, this week, they have to travel up north to Buffalo where kickers usually have a tougher time kicking it through the uprights. For the time being, fantasy owners should steer clear of Sloman.

Cincinnati Bengals Defense. This may come to a surprise to many seeing the Bengals defense as a start, but for this week — and most likely this week only — they can be trusted. The Bengals, despite missing their biggest name in the defense in Geno Atkins, have fared pretty well over the course of the last two games. This week, they are lucky to be greeted by an offense that has had the biggest struggles with eliminating turnovers and sacks in the league. Last week, Wentz threw for zero touchdowns and two interceptions. As long as the Eagles continue to fail to figure out their offense, any defense like the Bengals this week will be a safe bet.

Minnesota Vikings Defense. After having one of the strongest defenses in the league for years, the Vikings decided to go young with their defense. This has proved to be a mistake as many of the new additions have struggled to stop any offense from destroying them. This week, they are up against a Titans team that is coming in hot and will most likely torch the younger secondary. Until the Vikings figure it out on defense, they should not be on anyone’s lineup.