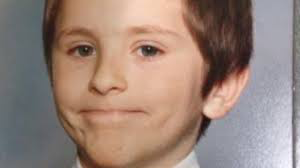 Midwestern niceties — like the common yet nuanced act of compressing one’s lips to acknowledge an acquaintance — are no longer possible in the age of COVID-19. Photo courtesy of tenor.com.

Following two long weeks of doing its best University of Phoenix impression, Butler has survived its first week of allowing in-person instruction. While most classes are going about in-person or on Zoom as planned, others are using a hybrid of the two. Still, class during COVID-19 is not the same.

Public safety guidelines like mask wearing and social distancing have changed campus and the classroom dynamic, for better and for worse. Here are five things students and professors say they miss already, and some things they say they don’t:

1. Smiling and other relevant facial expressions

Wearing a mask has become a sartorial norm for the greater good, but it has affected the way people interact. “Smizing,” or smiling with the eyes a la Tyra Banks, has gone from a potentially-useful skill in indirect flirtation to a necessity. Junior biology major Lukus Rickelman said smizing has become an integral tool to his collegiate education.

“My eyes are the only thing that show I’m paying attention,” Rickelman said.

Eye contact in general is important. Covering half of the face with a mask causes some people to look aggressively focused, others not at all. It is difficult to know who is talking, and more importantly, who they are talking to.

Antwain Hunter, associate professor of history and anthropology, has already experienced the difficulty of eye contact in the classroom. The cameras that are installed in Jordan Hall to allow virtual students to attend class are often placed in less than ideal locations, frequently in a corner at the front of the room.

“Don’t get locked in on where I’m looking,” Hunter said. “If I’m looking at the screen, no-one sees me looking at them; I’m just staring at a screen. To look at the camera I have to turn my back on the class.”

Outside of the classroom, the age of concealed expression presents a problem for a majority of Butler students. Midwestern niceties — like the common yet nuanced act of compressing one’s lips to acknowledge an acquaintance — are no longer possible. It really is a shame that COVID-19 has taken this action right from under our nose. Instead, you are left with a lingering gaze, raised eyebrows, a timid wave and an abrupt “hey” — but only if you’re really lucky.

The days of non-verbal communication are all but over. You would think that given the limitations, students would have adapted and mastered how to indicate they are about to speak. As we have seen from Zoom class, we haven’t, and not knowing when someone is about to speak is awkward for everybody. It causes aggressive politeness, immediate apologies and gracious offerings of letting the other person speak first.

Furthermore, small group discussions initiated by the professor seem to be less frequent in in-person classes — whether it be out of precaution or because of the six or more feet separating students. Grouping students together is difficult, no matter how much better it is than a Canvas discussion board.

Andrew Sand, assistant professor of chemistry and biochemistry, has had a hard time coming to terms with less class participation.

“I feel like I am talking a lot more,” Sand said. “I always like to have students talking amongst themselves… I don’t know how to do that in this current environment. I don’t want them to be shouting.”

Having students Zoom in while some are in the classroom poses issues, too.

“It’s sometimes hard because students feel like ‘he’s not talking to me,’” Hunter said. “But I am, I’m talking to all of you.”

The overused phrase “we’re all in this together” implies that we will overcome these obstacles as a community. As honest of a sentiment as that might be, it is hard to remain optimistic and lighthearted when you are trying to follow a leader that you don’t know is speaking.

Eating and drinking in class has gone from something you do casually to refuel in the middle of the day to a life-threatening act. Luckily, the students that usually don’t indulge in a Nature Valley bar during a vivid documentary of the Rwandan genocide won’t have to be tempted by the $20 Starbucks order from the girl who walked in five minutes late.

We’ve all seen the movies and heard the stories about a Friday or Saturday night rager in a house just off campus. Of course, this is not realistic, even if it were still allowed. Even a small group hangout in someone’s dorm room is now prohibited.

“Everyone has this view of what college is going to be when they are in high school,” Hunter said. “A lot of the times it is not completely accurate… but it gets harder to do that than it would have been if this were an ordinary semester.”

Those who aren’t typically invited to parties or late night rendezvous off campus won’t feel as bad about watching YouTube videos all alone on a Friday night. That weird amount of pressure to have fun is gone; there is nothing to fear you are missing out on. Goodbye traditional FOMO, you’ve been replaced by a Fear Of Meandering Outside.

5. Eating out, studying and all the other normal things

For the extroverts who believe they are actually missing out on valuable experiences, this is a good time to see how the other side lives: to see what it is like to not have plans over the weekend. Take your time completing work and embrace the comfort of free time. Try to figure out which of your friends likes you, and who just used you for your fake I.D.

“I’m going to miss running to Broad Ripple at midnight for a slice from Goodfellas,” Rickelman said “Or studying in Jordan Hall late at night and hearing one of my roommates basically got arrested while I was out.”

What a lot of us can agree upon is that the spontaneity Butler allows has been hindered significantly. Impulsive choices like Rickelman’s decision to get a greasy but oh-so satisfying pizza at midnight, whether with friends or not, are much more limited than before — though still possible.

It’s going to be a long semester of coming to terms with missing out on a traditional college experience, wishing you were in some fraternity basement — or feeling glad you aren’t — and struggling to have your voice heard in class. Regardless of what you would rather be doing in your free time or how uncomfortable class is, try to realize how absurd life has become — and release a muffled laugh at the big, bald noggin projected on the whiteboard.