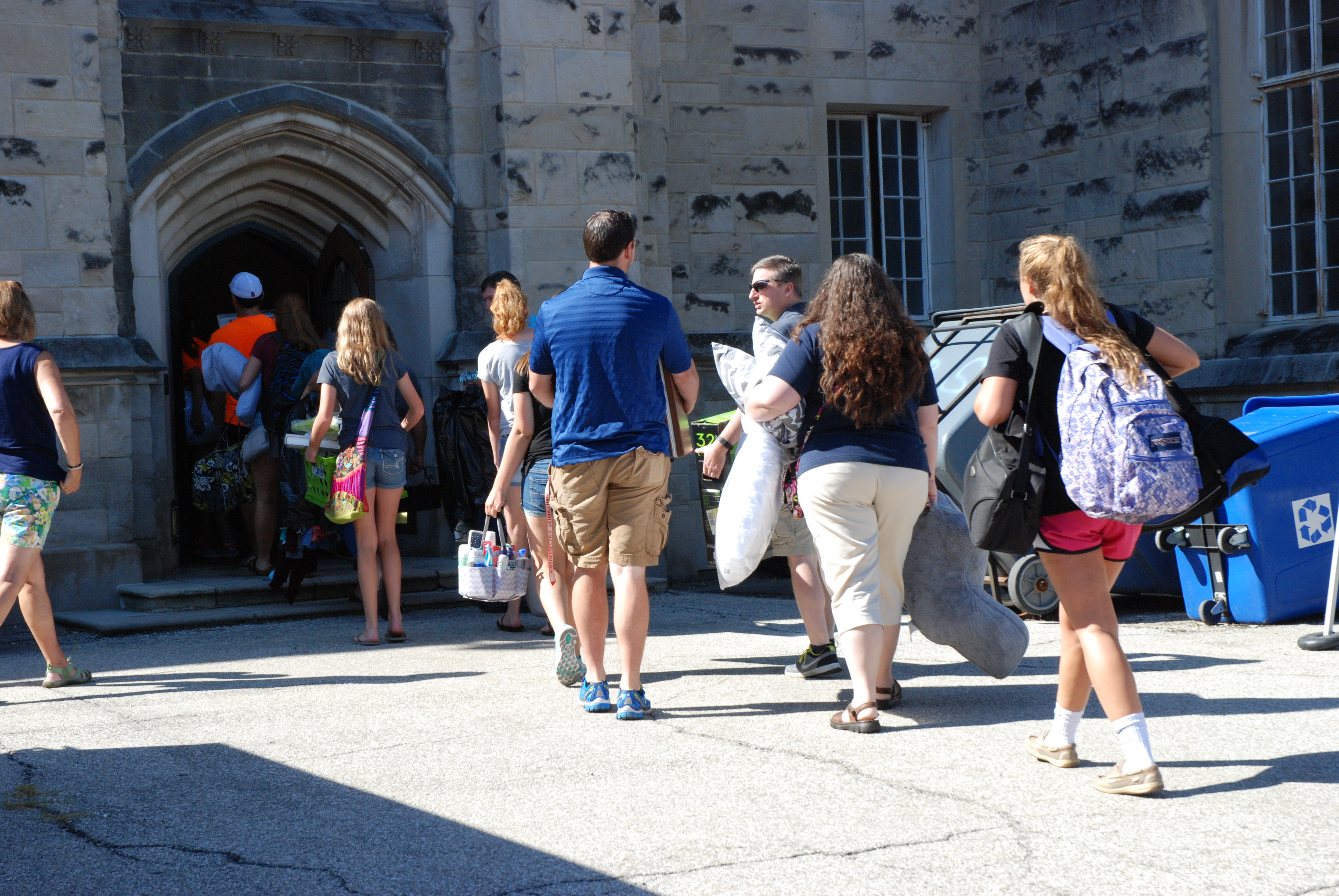 Parents are reflecting with mixed emotions on the experience of having their children on campus. Collegian file photo.

Butler’s decision to return to in-person classes excited students and parents alike, but it did not take long for parents to begin pressing the university for a plan to keep students safe. Normally, college is the time where parents begin to loosen the reigns and allow their child to live independently. Instead, many parents have been more attentive to the ways universities are implementing rules and protocols.

Amy Ningen, a mother to a first-year student, was thrilled that her daughter would be able to have a somewhat normal college experience. Not even the long distance from California stopped Ningen from happily sending her daughter across the country.

“We were happy that they had what seemed to be a good plan in place,” Ningen said.

While some were pleased with the return to in-person learning, Butler’s social media accounts became flooded with parents and students requesting a clear plan for how Butler would conduct the massive undertaking of caring for students in a global pandemic. Now that students have been in session for almost four weeks, parents have had time to reflect on Butler’s response to the needs of students.

Have parents been satisfied with how Butler has communicated their plans for opening back up and holding in-person classes?

Julie Markland, a mom to a sophomore student, has been more than pleased with how Butler has outlined the logistics of upholding student safety. While Markland has heard some parents say that Butler is only concerned with collecting tuition and lacks a proper plan to support student and faculty health, she has personally found the university to be honest and forthcoming.

“I think that they genuinely understand that the students who are attending Butler are there for a specific reason,” Markland said. “They want to make it happen for them so I’ve seen the heart of what they want through their communications, and I’ve really appreciated that.”

When Butler made the decision to go online for two weeks, Markland felt this demonstrated that the school is working to manage the spread of COVID-19. If anything, her worries about a return to on-campus activity stems mostly from non-compliant students, rather than from administrative procedures.

“My concerns were not so much about what the university’s policy would be, it was more about other students and whether or not they would follow those guidelines, because I understand that’s not in your nature when you’re that age to follow these kind of restrictions and you have an idea of what your college experience should look like,” Markland said.

What are parents’ thoughts on the protocol for handling students who test positive for COVID-19?

While many parents appreciate Butler’s open communication with students, quarantine and isolation protocols are one area that has proven to be less than satisfactory for some parents. One mother of a sophomore Butler student found their arrival on campus to be anything but smooth and exciting.

To their surprise, her daughter was informed that she did not qualify to quarantine in Ross Hall.

Butler requires students who are within a “drivable distance” to return home if positive, and the mother assumed a 19-hour drive was far beyond drivable. However, Residence Life did not relent on this issue.

“In the moment you don’t know what you’re going to do, you’re emotional, you’re panic-stricken, you are looking at your kid thinking, ‘what am I going to do for her?’” the mother said.

In the midst of this stressful situation, this mother said Butler’s Residence Life was unwilling to accommodate the family. After multiple phone calls, she said Residence Life remained unphased by the distance from home. Left behind to figure out how to isolate her daughter, she and her family were forced to make the 19-hour drive back to their home.

From the day this mother and her child stepped foot on campus to tour the school, she was all in for Butler. However, this experience with Residence Life alone almost moved her to have her daughter leave Butler altogether.

“We came close to pulling our kid out of Butler because of residential services, because of one individual,” the mother of this sophomore said. “Every positive experience I had with Butler was discounted because of her interactions and the way [the Residence Life employee] handled herself was unprofessional.”

What parts of Butler’s communication did parents find most helpful?

The COVID-19 webinars Butler shared helped to assuage some parents’ worries. In these webinars, Butler’s leadership team addressed a variety of questions and outlined logistics for how the semester would function. From how residential students would get food from the dining hall to the procedures for testing, contact tracing and quarantine, parents and students were able to get a more in-depth look at this new normal of operations.

For Laura Zizka-Wright, a mother of a first-year student, these webinars reassured her that Butler was the right choice and that her son would be in good hands.

“The emails that we’ve gotten and the webinar the night before the online classes started was all really helpful and a great form of communication,” Zizka-Wright said. “I love Butler, and I’m happy that my kid’s there.”

However, Zizka-Wright wishes Butler had not eliminated all of the breaks between the first day of classes and Thanksgiving. This altered schedule was aimed to reduce the amount of travel students would make between home and school, according to a June email sent by Kathryn Morris, provost and vice president for academic affairs. Zizka-Wright felt this decision might make the experience of being at school more isolating for students like her son, who is adjusting to being away from home for the first time.

What are the thoughts of a parent who is also a physician?

Anna Roshal, a mother to a first-year student, attests to the potential health problems that may arise because of Butler’s quarantine protocol. As a physician, she understands the risks in encouraging students to go home if positive rather than staying on campus.

“Travel is a potential for spreading harm, and then they come home to their families, and as much as people are careful and trying to quarantine, that is still a significant spread within families,” Roshal said.

Butler’s decision to maintain almost full capacity in residence halls has also raised some concern about potential spread between roommates. As a parent of a first-year, Roshal understands how beneficial having a roommate is, especially when acclimating to a new school. Still, she believes that it may be in the best interest of student health to have these young adults live in single dorm rooms.

“I think COVID-wise, I would personally prefer singles, but it is a struggle obviously for their social life and quite isolating for the students to do that,” Roshal said.

As the future remains unknown, all of these parents’ insight underscores how important it is for Butler to continue communicating frequently, honestly and with science at the forefront of any decision-making.

“Everything they do seems to convey a calmness and that they have it covered. We don’t know what to expect this year, but we have it covered,” Ningen said.