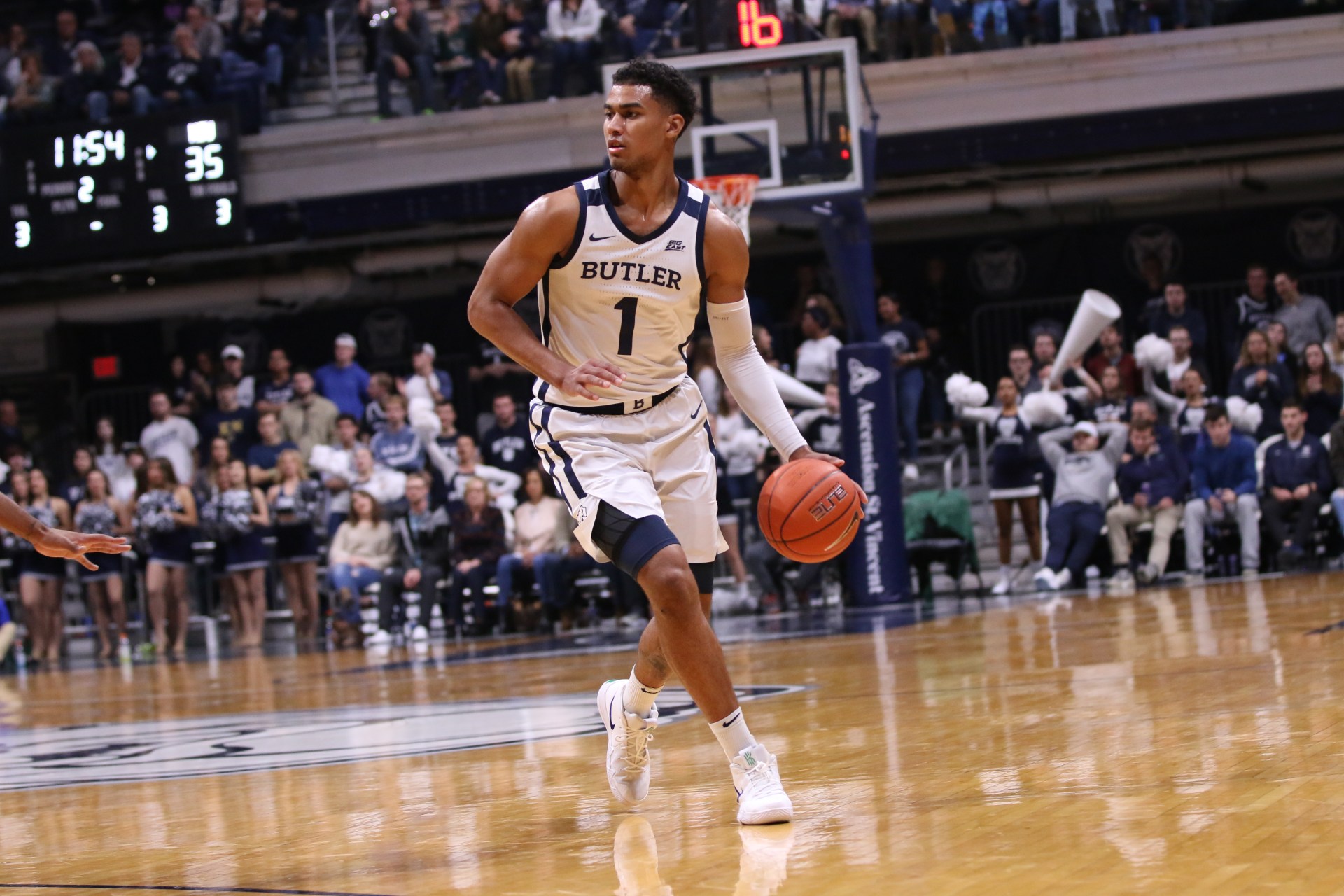 Jordan Tucker looks for an open move during a game this season. The junior announced he will leave Butler and keep his name in the 2020 NBA Draft. Xan Korman / Collegian file photo.

O May 22, Butler junior forward Jordan Tucker announced on Twitter that he will forgo his final year at Butler and remain in the 2020 NBA Draft.

“Playing in the NBA has always been my dream. I have decided to keep my name in the NBA Draft process and forego my final season of eligibility at Butler. This is a difficult decision, but it’s the one I want to make completely focused on my professional goals over the next few months,” Tucker said on Twitter.

Tucker was set to become a strong candidate for the leading scorer for the Bulldogs in 2020-21, who now return just three of their nine leading scorers from last year’s team.

Formerly a top recruit of Duke University, Tucker transferred to Butler in January of 2018 before sitting out due to NCAA’s transfer rules. He debuted in December of 2018 and averaged 8.9 points and 3.8 rebounds in his final season as a Bulldog.

With the announcement, LaVall Jordan officially has one open scholarship for 2020-21.

Additionally, the senior class is now down to five players. Aaron Thompson and Bryce Nze were starters on last year’s team. Christian David and Campbell Donovan will both have to return from season-ending knee injuries. New to the class is graduate transfer Jair Bolden from South Carolina.

Butler has yet to announce the date of its opening game.