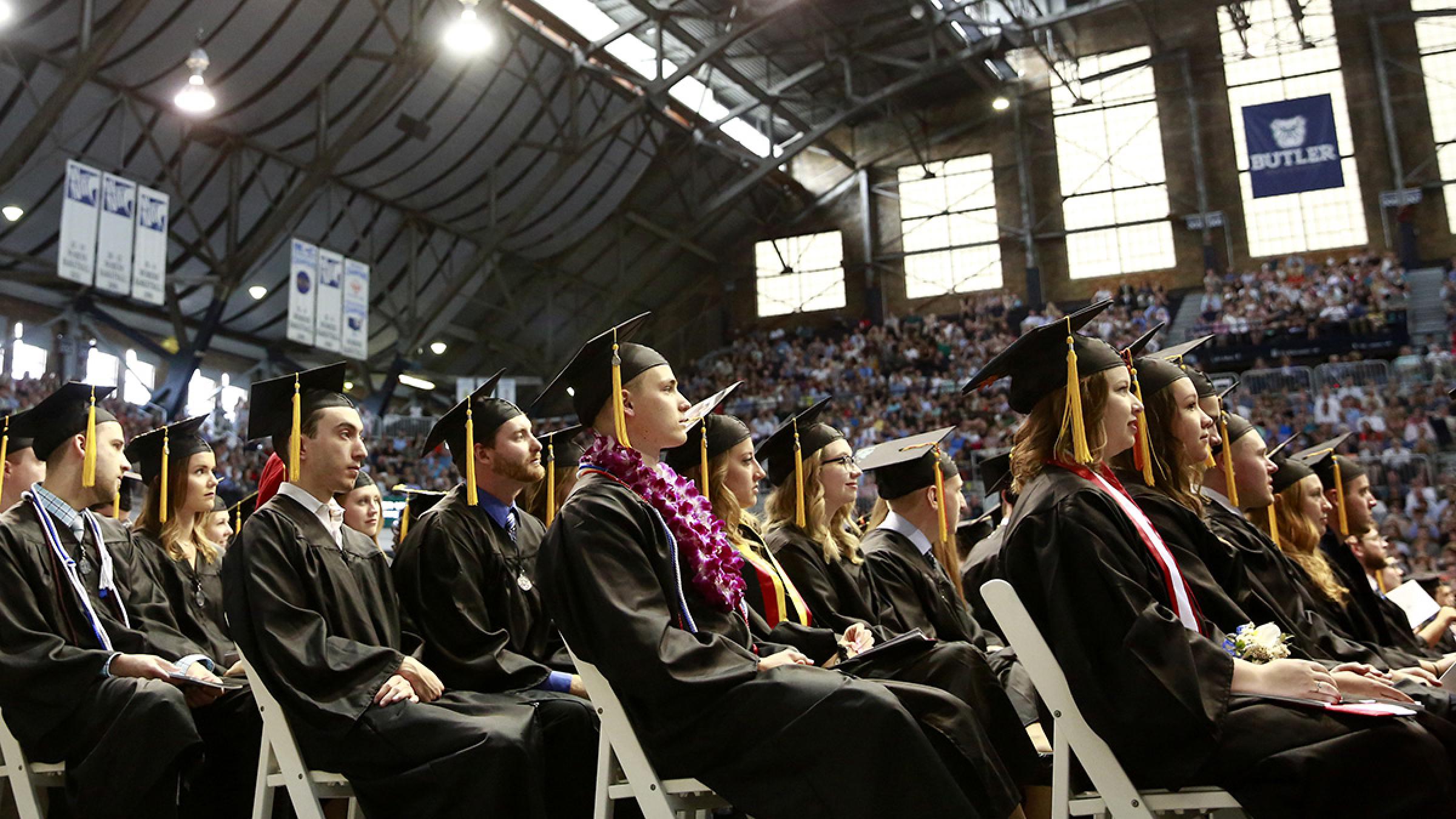 Commencement for the class of 2020 is rescheduled for Dec. 18. Photo courtesy of butler.edu.

The Butler Community of Care is talked about from the first day students set foot on campus, and it is something that Allie Moffett felt when alternate commencement was announced.

On March 17, a message was sent to students from Butler President James Danko that said the May 9 in-person commencement ceremony had been canceled. When Moffett, a senior strategic communication major, found out the commencement had been canceled, she almost immediately created a petition with the hopes of rescheduling commencement.

“I was in contact with my friends and we were all saying why would [Danko] do it,” Moffett said. “I just decided to set [the petition] up hoping to get Butler students on board and be able to send that to [Danko] saying, you know, ‘Here’s all these Butler students who really want this to be rescheduled as opposed to canceled, please reconsider.’”

The petition almost achieved its goal of 2,500 signatures — just shy at 2,372 — but Moffett was still unsure whether or not commencement would be held virtually or in person.

A few days following the initial cancelation of graduation, the commencement committee met with undergraduate and graduate representatives from each college and looked at alternative options.

After the meeting, undergraduate and graduate members of the commencement committee sent a survey to all graduates allowing them to choose between the two commencement options. The options were to hold a virtual May commencement or an in-person commencement in December 2020.

On April 16, Provost Kathryn Morris announced an alternative commencement will be held for all May, August and December graduates in Hinkle Fieldhouse on Dec. 18. According to Morris’ email, the majority of graduates who voted in the survey voted for the December commencement.

Moffett said she was relieved to find out the commencement ceremony would be held in person.

“I’m just glad that Butler students were able to give their input…,” Moffett said. “I think that having that opportunity spoke to Butler’s Community of Care, just when all of this started it didn’t really feel like seniors had a say in things, so for that to come around and be able to feel like we were making a difference was a great opportunity.”

SGA president Malin Peterson said although August commencement would have been nice, it was not a possibility. Peterson, a senior youth and community development major, was one of the undergraduate students included in the meeting with the graduation committee.

“We just wanted to remain realistic and just recognize that we can’t predict the circumstances that we’re going to be under then,” Peterson said. “Just because this virus is so unprecedented.”

Morgan Mikowski, a senior marketing and entrepreneurship and innovation major, said she chose the December commencement option for several reasons.

“I felt like Butler has been a place that has meant so much to so many of us,” Mikowski said. “We’ve made so many memories here and, you know, it’s really a part of who we are now so having the opportunity to have an official goodbye to the university was really impactful to me.”

Mikowski said she is looking forward to making the most out of the December commencement.

Joshua Murdock, a sixth-year pharmacy student and graduate student included on the graduation committee, said that he personally hoped to have an in-person graduation.

“It’s kind of like bittersweet for me because I didn’t get an undergraduate graduation either, Murdock said. “Since all the pharmacy majors they just go straight from freshman year…so this is kind of acting as my undergraduate and graduate ceremony, so I’m just kind of biased from that point of view, but because of that I still want a ceremony.”

In her email to students, Morris said that the graduating class would receive more information about the alternative commencement, but reminded friends and family to save the date.