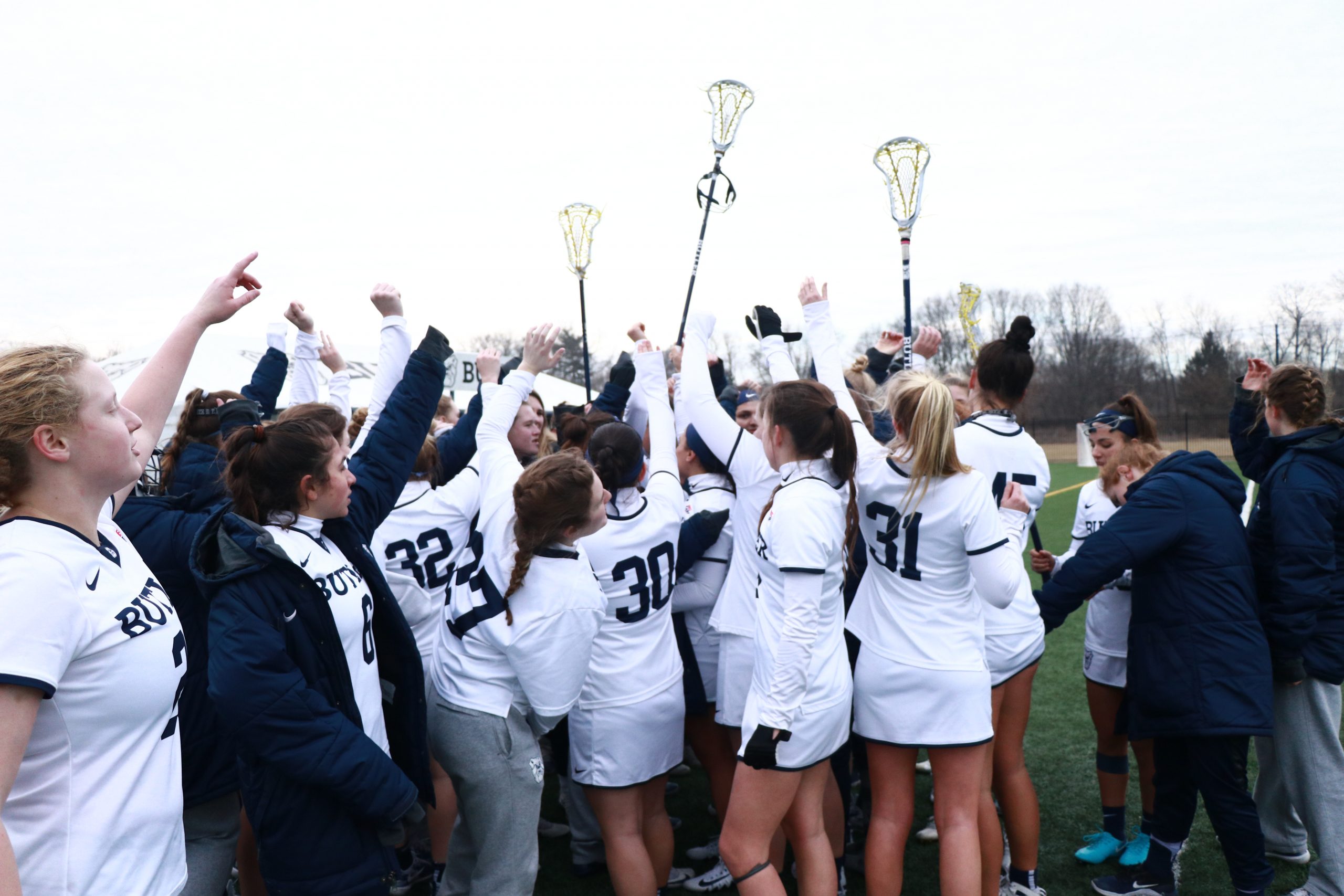 The women’s lacrosse season was cut short due to COVID-19. The Bulldogs were 5-2 on the young season. Collegian file photo.

This year was their year.

The Bulldogs were off to a 5-2 start through March 11, undefeated at home and second in the Big East standings. They had more overall shots on goal, ground balls and draw controls against opponents so far this year, compared to last year when opponents were significantly higher in these stats.

But it all came to a screeching halt during spring break, right before the last game of their trip, when a teammate discovered the news on Twitter that the NCAA had canceled the remainder of spring sports.

Senior captain Ashley Lizzi was speechless when she found out about the news with her team in Niagara Falls.

“The cancelation really shook us,” Lizzi said in an email. “We were all standing in a circle when our coach read the news, and I don’t think one person had dry eyes.”

Lizzi was not ready for her last year of Butler lacrosse to be over, especially because of how successful the season had started.

“The start of this year compared to last was focused on lacrosse,” Lizzi said in an email. “In the past year it hasn’t always been that, and I get that especially with freshmen and all being new to freedom and college and everything. But this year everyone was on board with lacrosse, making it a priority and wanting to be successful!”

The team’s motto this year was TNT, which meant “takes no talent,” to bring the team together by showing up on time for meetings, being positive at practice and cheering on teammates.

Lizzi believes this motto helped the team grow and be supportive of one another and the coaching staff, which translated to on-the-field success.

“Stepping on the field for every game with these girls from Team 4, it actually felt like a team out there and a supportive group having one another’s back,” Lizzi said in an email.

Ellie Eisenklam and Liz Davide were both coming off of injuries this season, ready to make up for the games they were not cleared to play in. Eisenklam, a sophomore midfielder, was returning from an ACL injury.

“I spent a year on rehab and training to get back so it was so exciting to finally be able to play again,” Eisenklam said in an email. “My goal was to come back to the field stronger than I was even before the injury.”

Davide, a junior midfielder and younger sister of senior defender Mary Davide, was recovering from a concussion when the NCAA called off all spring sports. Before the cancelation, she had received a call from her coach saying how excited they were for her to be back and travel to the Louisville game.

While both midfielders were upset about their own returns to the game, they hurt more for the seniors, who played in their last game without even realizing it.

“I found out and just started crying because you don’t realize when it could be your last game, especially the last game playing with my sister,” Davide said in an email.

Eisenklam credits the coaches for reassuring them of how much they accomplished during the mini-season, and tried to enjoy the rest of the spring break trip with the seniors despite the disappointment.

“We will miss our seniors that did not get the chance to finish out their final season, but we will play for them and those who couldn’t finish their seasons,” Eisenklam said in an email. “All my teammates are counting down the days we can be back on the field together.”

While the NCAA is giving spring athletes who had their season taken away from them another year of eligibility, they will never get the 2020 season back.

As for Lizzi, who will not be able to reunite with Team 4 for another game, she finished her senior season with pride and is thankful for all of the growth and experiences she had this year.

“Team 4 will forever be the changing year in our program’s history and I cannot wait to watch the girls continue to live out that legacy next year,” Lizzi said in an email. “They have unfinished business and if I were any other team I wouldn’t wanna play us!”

The Butler women’s lacrosse team finished 5-2, achieving one of Lizzi’s goals to finish with the winning season that they had worked for during the offseason.

Team 4 did, however, achieve one of their goals: finish with a winning season.