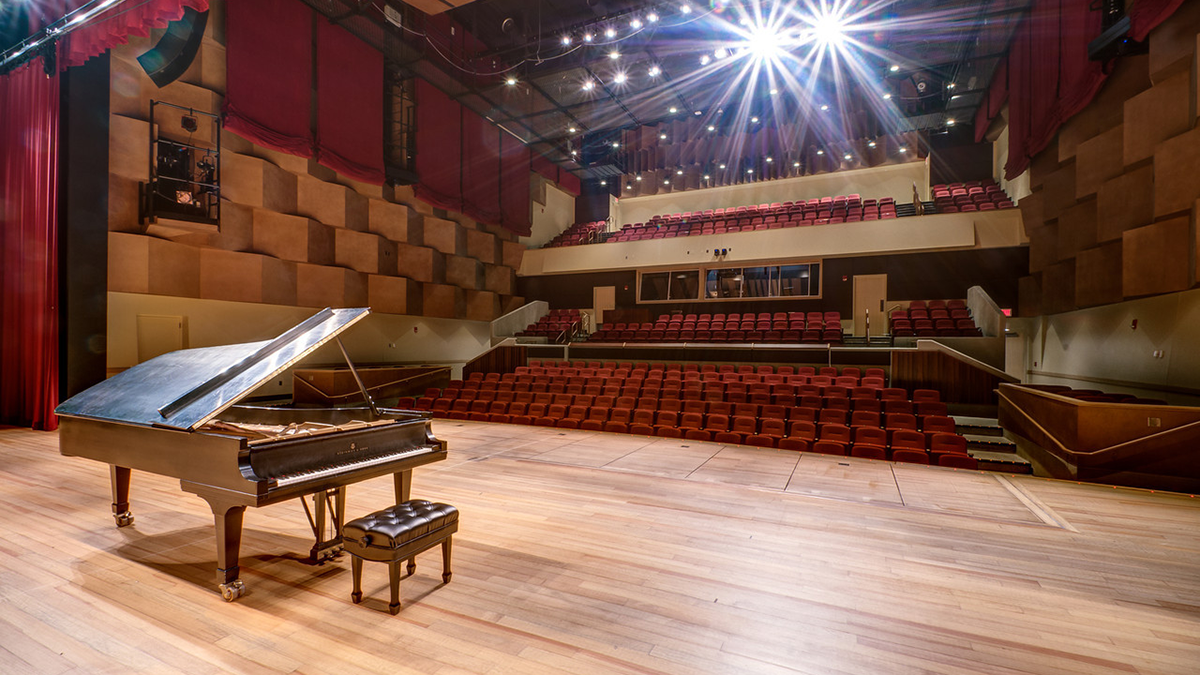 David Murry, director of the school of music and bass professor, said student recitals are very different from any typical final exam for a class, and that is exactly what makes the performances so exciting.

“It’s not like a final paper that you hand in to a teacher,” Murry said. “You are talking about a performance where you walk out on stage and play for family and friends, students and faculty, and get graded on it in front of everybody.”

Students will be required to record what they would be playing in the recital and send it to their professors. Like many students now, that is how they will receive their final grade. Murry recognizes the disappointment and frustration that students feel, as he was once a music major. Student recitals — especially as a senior — are a big deal.

“It’s heartbreaking to have to do our final lessons on a computer,” Murry said. “I’m so proud of our students when I go to these concerts and get to hear them playing their hearts out, and to not have that opportunity is just like the rug has been pulled out from under our feet.”

For many seniors with a performing arts major, these spring recitals would have been their last performance on Butler’s campus.

Elishua Burca, a senior viola performance major, is disappointed to see several weeks of preparation for the recital come to this anti-climactic point.

“I’m not planning to continue a career in music because I was trying to explore different careers, so it would have been like my final recital,” Burca said. “For me, and for anyone else, it’s a whole process of making sure everything is perfect and preparing for a long time.”

Burca performed in a recital last semester, which he has a recording of, so he will have to use that video in place of the recital for this semester. He explains how it’s frustrating because he has to use an old recital rather than the piece he has been working on for multiple weeks.

“I have done a total of eight recitals during my time here at Butler, and basically did them for fun,” Burca said. “Now, since my recital got canceled, I’m kinda disappointed that it had to come to that because [the recital] was like a culmination of my experience here at Butler and the work that I have done.”

Cheyenne Johnson, a junior music and elementary education double major, was scheduled to have a double recital for flute on March 22. The email announcing that all recitals were canceled was released 10 days before the performance.

“I was pretty ready to have a recital, it was in the last stages,” Johnson said. “I had rehearsed with an accompanist for probably close to four hours at that point, and everyday I was running all of my recital music. When we found out, I just kinda stopped everything.”

Johnson’s specific program allows for recitals to be optional. Because other programs require their students to have recitals, Johnson will not receive priority in rescheduling for next year.

“It was already really hard to get a date where me, the guy I was sharing a recital with, and my teacher and accompanist could all be there,” Johnson said. “It’s hard knowing I may not have a recital now at all.”

While Johnson’s chances of performing in a recital are not solidified, she said she feels bad for current seniors, especially those not pursuing careers in music.

“And all of our concerts were canceled, so just knowing how much they worked — and normally seniors get recognition at the end of the year — so knowing that they’re not going to get that anymore, I just feel bad,” Johnson said. “I don’t blame Butler for anything because I know they can’t control it.”

While both students and faculty are disappointed that all the shows and recitals had to be canceled, they are aware of the reality everyone is facing now for the rest of the year.

“I’ve seen several of my students on Zoom for lessons, and it’s not as great as being right there, but it’s something,” Murry said. “They all seem to be going with the flow really well and of course, everybody misses everybody else but we understand that it’s what we have to live with for the time being.”