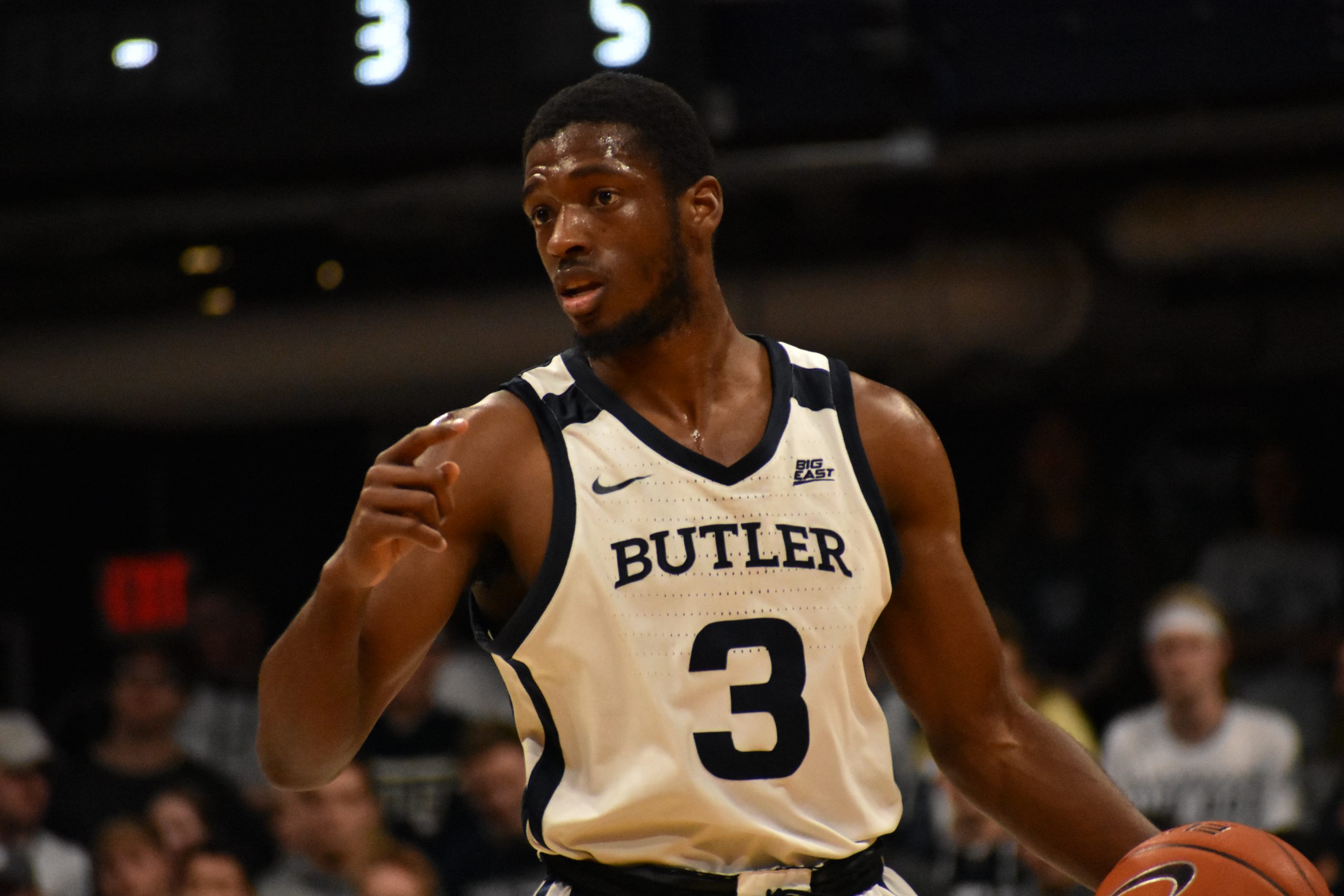 First, it was against Northwestern in the Gavitt Games in November of 2016. Then, it was 32 points in 2018 at Madison Square Garden to secure Butler’s only Big East Tournament win in program history. This year, it was a step back three over Collin Gillespie to secure Butler’s third win against Villanova in four years inside Hinkle Fieldhouse.

And finally, after he did all that, Kamar Baldwin wills Butler to a victory on the road at Xavier in his final regular season game as a Bulldog.

And of course, Baldwin’s 36 was a career high. That was new, too.

The Bulldogs end the season with three-straight wins and go from staring at a bottom-four seed in the Big East tournament to securing a five seed and playing Providence in the quarterfinal. Let’s go beyond the box score of a wild end to the regular season.

There is not a whole lot Baldwin hasn’t done in a Butler uniform. He’s knocked down buzzer beaters, won NCAA tournament games and taken over Big East Tournament games in maybe the most famous basketball arena in the country – Madison Square Garden. He’s been spectacular over the last four years.

Last night, he once again completely took over a game. That’s not something he was necessarily incapable of prior to his senior season. But this year, he’s figured out how to do it even when everyone in the building knows the ball is going to him and he’s going to shoot it. He did it against Stanford at the Hall of Fame Classic, again against Marquette and then against the Musketeers.

He scored 36 points on 52% shooting, knocked down five of seven 3-pointers and also dished out three assists and pulled down six boards.

This game was particularly a testament to Baldwin’s confidence in his 3-point shot and the work he put in to change his form over the summer. It has been a major reason why he is able to take over games more consistently and it makes him so much more difficult to guard because, of course, he hasn’t lost his ability to get to the basket. In the second half, Baldwin was 8-of-15 from the field and that included four threes at a 66% clip and he also got to the free-throw line six times.

2. The Bulldogs did a good job getting easy points.

When playing on the road, getting easy buckets is so important. Baldwin scored 36 points and Butler still needed all 36 to win the game. Literally. Butler did a good job getting as many easy buckets as they could in different facets of the game.

First of all, Butler rebounded the ball really well against a tough, physical rebounding team. The defensive glass could have been a little better, but ultimately the Bulldogs outrebounded the Musketeers 38-34. They also got 12 offensive boards and capitalized for 15 second chance points.

Xavier didn’t turn it over a preposterous amount of times by any means. They only coughed it up 12 times but the Bulldogs turned those mistakes into 19 points due, in large part, to Aaron Thompson’s five steals. It’ll get lost because of Baldwin’s performance, but Thompson was spectacular – 12 points on 5-of-9 shooting, two assists, two rebounds and five assists. Xavier’s backcourt really struggled as well and that’s, of course, thanks to Thompson’s defensive abilities.

Finally, the Bulldogs got 14 fast break points. Some of those points will overlap with points off turnovers, but a team who is in the bottom 20 in the country in tempo typically isn’t scoring double-digit fast break points. But the easy baskets are really helpful, nonetheless.

3. The Bulldogs are trending in the right direction going into postseason play.

From a Big East conference tournament perspective, this game meant literally nothing. Butler was locked into the five seed before the game started. From an NCAA tournament perspective, it didn’t mean that much either. This game in-of-itself probably isn’t enough to jump a seed line even though it is another Quadrant I win for Butler. But it did cap off a really good end to the regular season.

Butler’s defense has clearly locked in, specifically when guarding the 3-point line – Xavier was 6-of-23 from beyond the arc. In Butler’s last three games, opponents have not made more than six threes and are shooting 25% from deep. On the opposite side, Butler has knocked down 39% and 57% of their own threes in the last two games.

Is Butler the hottest team in the country? No. Was the opposition elite over the three-game winning streak? No. But three wins is three wins and a week ago Butler had lost three straight. Relative to where they were then, the Bulldogs couldn’t have much more momentum than they do now.