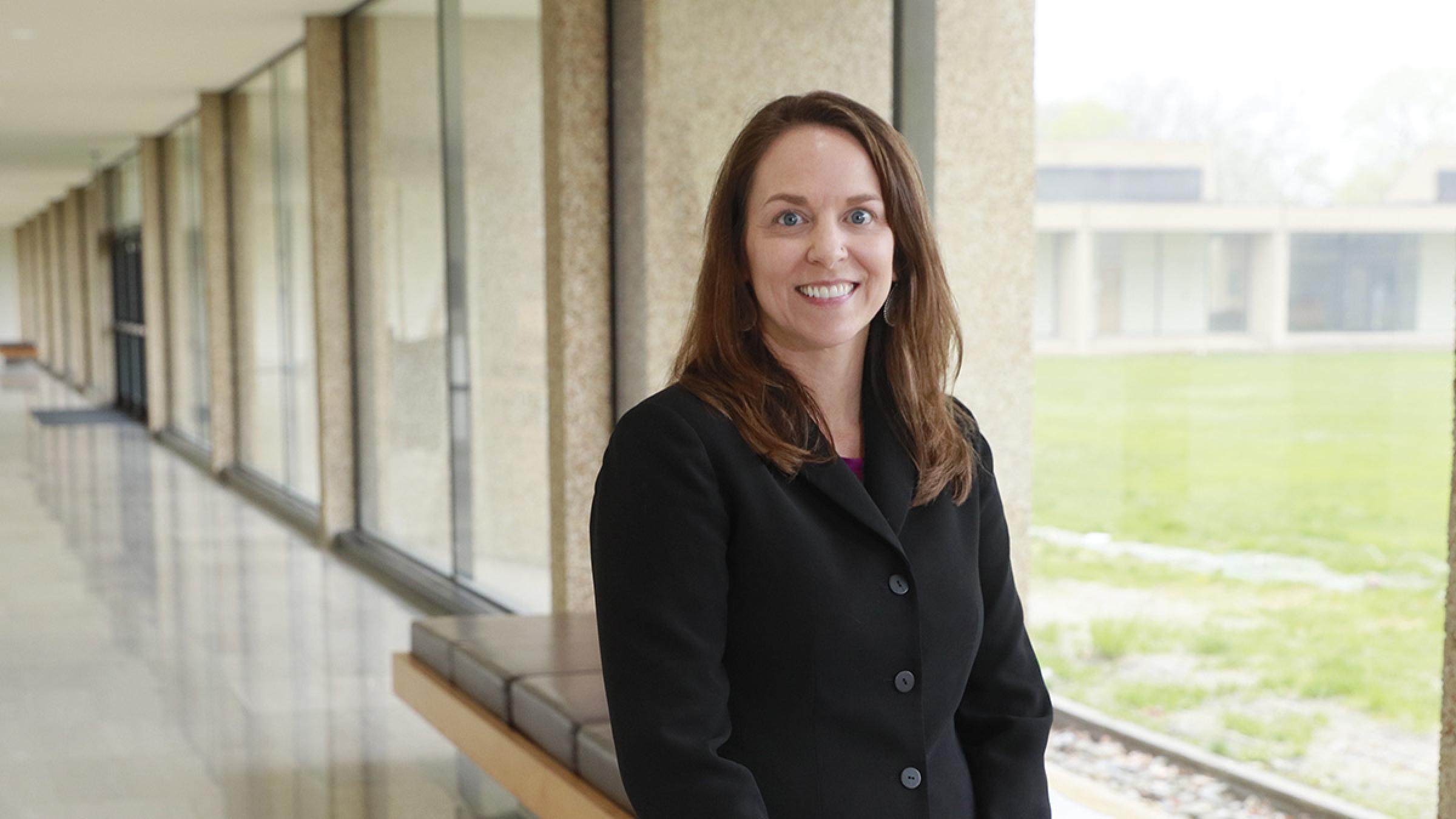 Butler University names Brooke Kandel-Cisco as the new dean of the College of Education. Photo courtesy of butler.edu.

Amidst a global pandemic, nothing seems entirely certain, but one thing is for sure: Brooke Kandel-Cisco has been appointed the dean for the Butler University College of Education, effective immediately.

Kandel-Cisco served as the interim dean of the College of Education for the 2019-20 school year after the previous dean, Ena Shelley, retired at the end of the 2018-19 academic year.

Despite having worked in the COE for 10 years prior, Kandel-Cisco said that her year spent as interim dean allowed her to get to know her coworkers more personally.

“I knew my colleagues well,” Kandel-Cisco said. “But I think when you’re in a different position, and you just get to see everything from a different perspective, and I’ve been so impressed with expertise my colleagues bring with their passion and dedication for students.”

Nicolet Christensen, a junior elementary education major, said she was excited to hear that Kandel-Cisco was named dean, and that it was her hope all along.

“I think she really excelled at her role, being the Interim Dean…I think she did really well this year,” Christensen said. “I definitely have missed taking classes with her, but I think she was the perfect fit for the position.”

Kandel-Cisco said her transition from interim to dean has been complicated due to the coronavirus pandemic, as some of her ideas for the future of COE are not currently possible.

“I’m still just trying to move forward with what I can,” Kandel-Cisco said. “But also knowing that, you know, the faculty are just really focusing right now on students and making sure their courses are going well. So I’m trying not to add anything to that, but rather just to be very supportive of them and their experiences.”

In the future, Kandel-Cisco said she plans to continue COE’s legacy of high-quality educator preparation. She said she hopes to enhance the program through new pathways, pipelines and partnerships that will help the COE prepare equity-minded educators.

Professor of education Arthur Hochman said while Kandel-Cisco was the interim dean, it never felt like she was temporary.

“Sometimes, people who are interim really seem like they’re interim,” Hochman said. “You can tell they’re placeholders, you know, and while she might not have been as aggressive in pushing agendas forward because she was the interim, the gravitas and the professional way she presented herself was not as an interim.”

Before she was named interim dean or even worked at Butler, Kandel-Cisco’s background in education started in the south Texas border region, where she worked as an immigration advocate for AmeriCorps after graduating from Goshen University with a bachelor’s degree in psychology.

Kandel-Cisco then returned to school at the University of Houston, received her teaching license and master’s degree and taught in Houston, Texas for several years.

Kandel-Cisco decided to apply to teach at Butler on a whim after she received her doctorate in educational psychology with an emphasis on bilingual education at Texas A&M University and worked as a senior research associate there.

“The more research I did on the College of Education, the more excited I was,” Kandel-Cisco said. “I just saw a lot of alignment between my values about teaching and learning and what the college was doing.”

Kandel-Cisco moved from Texas and started at Butler as an assistant professor focusing on English as a second language.

“She is replacing a legend,” Hochman said. “Our previous dean was there for quite a while and was and is beloved. We all loved her. And it’s kind of like, you know, going on stage after Beyonce. Who wants to do that, you know? And that’s really like a no-win situation. Really, it’s no-win, and yet she handled that beautifully. And she did it by mainly just being herself.”

Kandel-Cisco said that she appreciated the strong women in her life for being her inspiration.

“I’m so grateful to mentors who recognized my leadership capacity and kind of helped me experience things and have opportunities to build my leadership capacity,” Kandel-Cisco said. “And my colleagues have trusted me to do that work, and just have an idea of stretching my comfort zone has really been important for me. And I give credit to mostly, frankly, the strong women around me who have mentored me into that.”