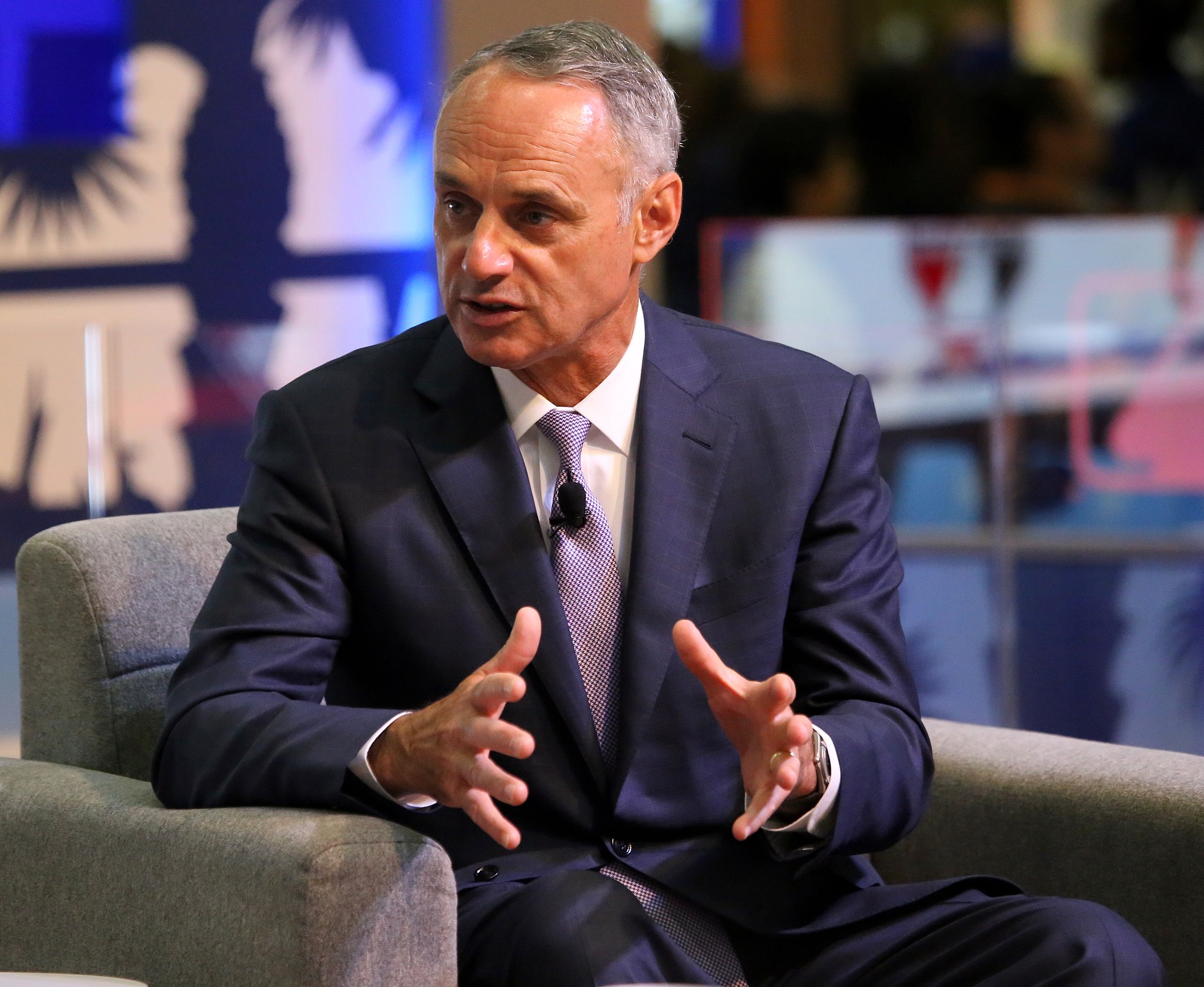 Over the past week, reports on the MLB considering a postseason expansion sent the American sports news cycle into a frenzy — a prompt, timely followup to the sign stealing scandal that was close to exiting pundits’ collective consciousness.

The new format would expand the postseason to seven teams from each league, but this is just the tip of the iceberg.

The teams with the best American and National League records would automatically advance to the divisional series, as opposed to playing the winner of the wild card game. Each bracket would substitute the wild card elimination game with a best-of-three series hosted entirely by the other two division champions, as well as the wild card team with the best record.

The spin is that the No. 2 seed team would select their opponent in the best-of-three series, followed by the No. 3 and the wild card team. Alongside its polarizing response from fans and reporters alike, the proposed changes drew comparison to Selection Sunday and reality TV. This stems from the idea of a live TV program of the playoff teams as they select their first round opponents.

It is no secret that the TV ratings during the World Series are on the decline. Last year’s seven game saga between the Washington Nationals and Houston Astros drew the third lowest TV ratings of the century and the lowest since 2014. It begs the question if a playoff expansion of this magnitude would even keep viewers invested in baseball through October and November.

The answer is yes and here is why.

The MLB lags behind the NFL and NBA when it comes to offering an accessible and consumable product to the entire country and the world as a whole. This is due to the existence of professional leagues in foreign countries, especially in Latin American and Japanese markets like Liga Mexicana de Beisbol and Nippon Professional Baseball, respectively.

The NFL airs multiple nationally-televised games every weekend, as well as hosts multiple games in London and Mexico City annually. The NBA has an avid fan base in China, which is one of the largest media consumption markets in the world.

Although nationally-televised games take place throughout the season, a majority of the 2,430 MLB games are aired on the teams’ regional network providers. This regionally-focused means of consumption creates a much more intimate relationship between the league and its fans, which explains why league wide regular season interest does not carry over to the playoffs.

Some disagree, but 162 games is a long season, can anybody really blame a fan for not tuning into the postseason after watching their team lose 114 times?

With that said, this should not have to matter in the long run of regional TV ratings and attendance — an issue the postseason will never have — since most baseball followers clock out for the season once their favorite team is out of the World Series hunt.

A playoff expansion will delay the dwindling interest as the postseason progresses because more fans will have a dog in the fight, but it also presents the opportunity for new narratives to develop.

Whichever team the No. 2 seed in each league selects is going to feel downright disrespected. This change creates the prospect of two teams developing beef, which will be further fueled by theatrics such as bat flipping, followed by a grudge enduring the off-season.

Hypothetically speaking, if the Houston Astros earn the No. 2 seed, the team they select will feel the weight of the baseball world on their shoulders because of the cheating scandal.

One argument made against the expansion is the idea it promotes mediocrity by allowing more teams and worse records into the playoffs, from which opposers cite the NBA, where teams have made the playoffs with losing records.

What invalidates this argument is the effect timing has on teams in each league. No. 8 seeds rarely beat the No. 1-seeded team in the playoffs, the last time being in 2012 when the Philadelphia 76ers defeated the Chicago Bulls in six games. Just last year, the World Series champion, the Washington Nationals, were a wild card team that caught fire at the right time.

This tendency for an underdog team to catch fire at the right time adds an unpredictable dimension to the MLB, which the rest of the American professional sports landscape lacks. Sure, a Cinderella like the 8-seed Butler Bulldogs in 2011 can emerge during March Madness, but the last time a No. 4 seed or lower won the NCAA Men’s Basketball Tournament was No. 4-seeded Arizona in 1997.

The other argument made against the expansion is that it will not reveal the best team of a given MLB season. As stated earlier, baseball is all about timing and the 162 games a team plays become irrelevant once the postseason begins. Unless a fan is in favor of matching up the NL and AL teams with the best record in the World Series, the method up until 1969, this expansion should not garner a negative response.

Then again, all of this is still hypothetical since it is simply a proposal presented to commissioner Rob Manfred. But between this and the cheating scandal, the 2020 MLB season looks like it will be a riot. Let the chaos ensue.