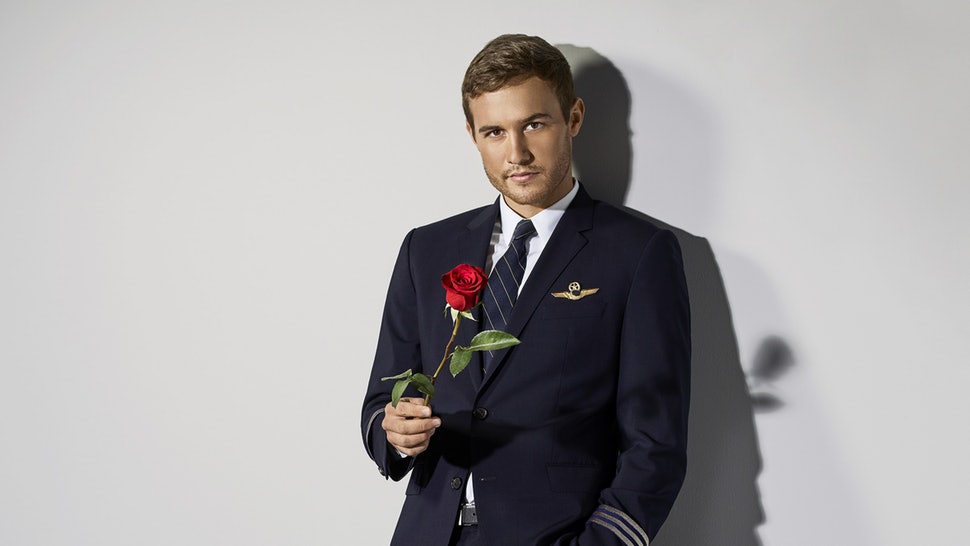 The toxic environment on ABC’s “The Bachelor” still manages to draw viewers each Monday. Maybe it’s the roses. Photo courtesy of Bustle.

As a feminist, I am a little ashamed to say that, yes, I watch “The Bachelor.”

In virtually every other facet of life, I am overly zealous in protecting women from generalizations and stereotypes — I cannot help but argue about the patriarchal values that manage to worm their way into everything.

And yet, nearly every Monday I am one of millions of viewers of a show that clearly, blatantly and unapologetically objectifies women.

The “Bachelor” Mansion — the multi-million dollar estate where contestants must reside with the twenty-plus other women who are also macking with the same guy — is toxic. It encourages conflict between women, and it fans the flames of rumors. For example, this season a contestant named Kelly was accused of being an alcoholic, which spiraled into a rumor of drug addiction. Once brought to bachelor Peter’s attention, the producers were sure to include gratuitous shots of the contestants insulting Kelly behind her back. Meanwhile Kelly, enraged by Peter’s confrontation of the rumor, attempted to nail down the guilty-looking culprit who would do anything but admit to her pettiness.

And yet after this drama unfolded, during a rose ceremony might I add, neither the woman who started the rumor nor the accused alcoholic were sent home. “The Bachelor” not only provides a setting that furthers a gossiping stereotype among women, but it rewards women who create this insidious culture.

The show catalyzes insecurity between contestants, and the outcome is a sort of Hunger Games in heels. If that weren’t enough, “The Bachelor” likewise champions envy by perpetuating an unrealistic standard of beauty.

While all the women on the show are drop-dead gorgeous, “The Bachelor” makes their sex appeal into a contest. We all know Peter’s not really choosing women based off of their opinions or aspirations in their shallow, constantly-interrupted, two-minute conversations. Each time a competitor tries to claw her way in, we all know he’s thinking more about her hard-fought — or high-cost — body than he is about her goals beyond popping out a five-kid family.

“The Bachelor” creates a destructive culture of competition where women must be both as physically immaculate as possible while also being vulnerable enough to allow a distracted, otherwise-occupied man believe he could marry them.

This show pushes WOM to perform in conversation, feigning development that is not possible with the show’s time constraints. If a conversation fails to make measurable “progress” on the meter of “I’m falling for you,” that’s it. Game over.

Realistically, we know that it is impossible for relationships to constantly be pushing forward. We all have off days where we are not quite feeling ourselves, or we are annoyed with the world and can’t act in a tolerable manner. Relationships are a combination of persistence and effort to overcome differences that — in the beginning — can be stark and off-putting.

And yet I sit my a** down every Monday to watch Peter act like the whole situation should be natural. As someone who ardently advocates for women’s ability to speak their minds, how can I watch a show that prevents women from sharing adverse opinions? Or really, bars any opinion at all except expressing love and unconditional hope for the future. “The Bachelor” forces women to fall in love with an imperfect person while idealizing him as the highest standard, end-all-be-all groom of their dreams.

What if they meet him and think he’s an asshole?

What if he’s a terrible kisser?

What if they don’t like how he puts his arm around their shoulder and rubs it with his thumb? Personally, I want to vomit every time that happens.

As revolutionary as it is to say, women are not all the same! And we do not all want to be treated in the same way. However, this show gives contestants no room to say “hey I don’t like that” or “wow you’re terrible at kissing, try this instead.”

Any type of discussion that’s normal at the beginning of a relationship absolutely cannot happen on this show. The bachelor and the contestants both are forced to act like they naturally gel together, when in reality burgeoning relationships are awkward, angular, and bumpy in every way.

This show is toxic to women in every sense of the word. Women are put down and sent home for not being submissive enough, for being real, for their independence. The contestants are forced to have the same personality but also be different enough to stick out in the guy’s mind.

If we are being honest though, maybe this aspect is just a more intense version of real life — be independent, but not too independent; be pretty, but not too revealing; be intelligent, but don’t outsmart me… Oh yes, the patriarchy is alive and well.

As a celebrated media representation of the patriarchy, the ethical issues with this show really are endless. And even while I am watching, eyes glued to the universally-loathed mascara tears flowing freely as women are sent home, I think about these issues and point them out to my friends. My stream of commentary prompts them to first shush me, and then ask in an increasingly annoyed tone: if you hate this show so much, why do you watch it?

I brush off these comments in the moment, instead preferring to fight a useless battle with Chris Harrison and Pilot Pete for gender equality from my couch. But once the episode is over and the screen is turned off — as the newly affirmed contestants fly to their next obscure and foreign location to be wrecked once again by the throws of self doubt — the question remains.

Why do I support a show that goes against every fiber of my equality-oriented being?

Partly, I think it’s social. Monday nights become a designated time to gather around the television and laugh at petty drama — distracting me from the crushing weight of unwritten essays and unread pages due the following day.

Moreover, I equate watching “The Bachelor” to watching a sports competition — though it is not quite the same kind of activity our dear friends in the Sports section report on. But sports fans, I think you would agree that the fun of sports is to tally up the data, predict the outcome, watch the athletic battle on the court or field and ultimately see who wins.

“The Bachelor” is the same way. As you get to know the women — even better than the bachelor himself — you watch to see if he likes the girl you are rooting for. Or conversely, if he sends home the girl you despise.

And just like when hockey fans cheer at the brash, hot-headed fights against the glass, “Bachelor” fans indulge in the drama: who said what to whom, who is going to tell the bachelor that so-and-so isn’t ready for marriage, how they swerve and veer behind each other’s backs, how they confront each other point blank. It is a competition, and it carries all the same pleasures of indulging in who wins and who loses.

“The Bachelor” is also established cultural currency — if you stay up to date, you can successfully preserve the only topic of conversation you have managed to maintain with the person who sits by you in Spanish class. “The Bachelor” is safe territory to indulge in drama without being a part of it yourself. You can be catty without actually seeming catty.

In the end, I am not actually invested in who the bachelor marries. Like any celebrity relationship, you expect it to not work out. I do not believe in the loudly, yet self-consciously proclaimed love between the actors.

I view absolutely none of “The Bachelor” as authentic.

It’s just funny I guess. And ridiculous. And if the women are willing participants, I feel sort of OK about watching.

Look, we all know “The Bachelor” is some darn good publicity. Winning a spot on “The Bachelor” almost guarantees influencer status, and you can bet the second their bedazzled, Brazilian-lifted butts step off the “Bachelor” stage, they’ll be getting calls.

My feminist self can rest easy at night knowing that if a brand deal is the price of a broken heart, then — damn — good for her.