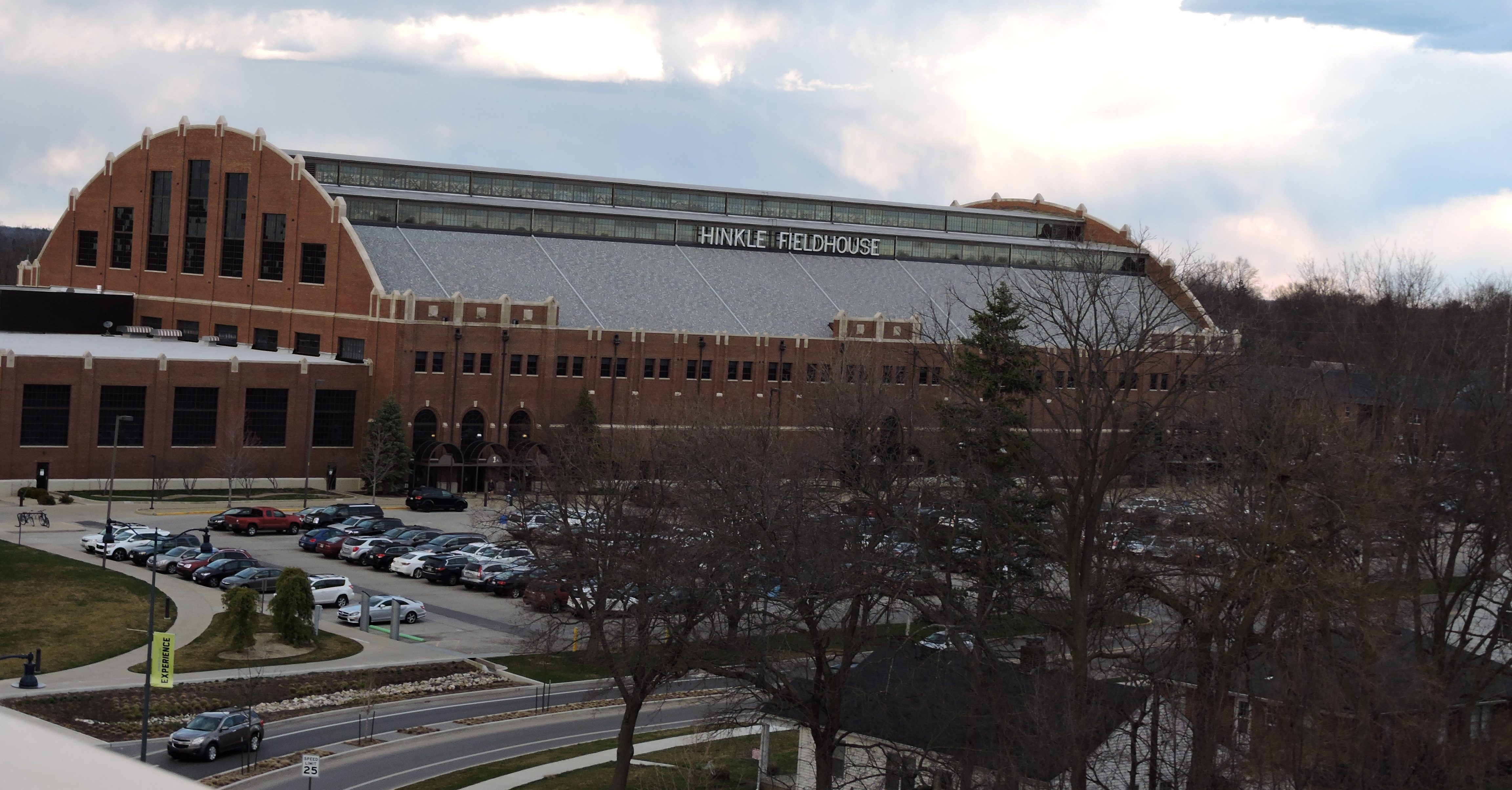 Sports betting has been legal in Indiana for over five months, but certain members of the Butler community are not allowed to wager on Butler University sporting events.

On Jan. 31, Butler announced a campus-wide sports wagering policy prohibiting trustees, faculty, staff, students and independent contractors from placing wagers on Butler sporting events. This includes betting on the outcome of Butler games, anything that occurs during the game and the performance of student athletes. The policy states that those groups of people may have greater access to information about Butler’s athletic teams, which could impact the outcome of competitions.

Austin Lewis, a senior marketing major, bets on professional football, basketball, the occasional baseball game and UFC fights. He does not like the new policy.

“I thought it was really, really stupid,” Lewis said, further adding that he does not think the administration should further restrict people from what the law states.

“When [students are] in their outside time, it’s their time — they can do whatever they want to do with it,” Lewis said. “They want to bet on sports, it’s their legal right to do it.”

According to the policy, when trustees, faculty, staff, students and independent contractors do not bet on Butler sporting events, it protects the teams, student athletes and coaches from “undue influence and improper conduct.”

A sports wager, according to the policy, is any “agreement in which an individual or entity agrees to give up an item of value” such as money, dinner, clothing, “in exchange for the possibility of gaining another item of value contingent upon the outcome of, or occurrence within, an athletic or sporting event or upon the performance of any individual participating in that event.”

The policy defines the actual act of sports wagering as placing, accepting or soliciting a wager through a bookmaker or parlay card either on the internet or through an online service provider such as FanDuel or DraftKings. A sports wager can also be placed in an auction or an online pool if there is an entry fee.

Brent Rockwood, vice president and chief of staff, and the university leadership team developed the policy.

“We just wanted to prevent any situation like that from occurring to where there could be undue influence placed on a student athlete that would directly tie to his or her individual performance or a team performance,” Rockwood said.

The announcement said the policy adheres to the Butler Way.

“We pride ourselves on giving our student athletes the very best educational and athletic experiences here at Butler University,” Rockwood said. “Then you look at our values of honesty, integrity, kind of openness and fair play, we felt this was the right thing to do to align with those values.”

Lewis said he would like to know another reason behind the policy other than the Butler Way.

“I thought it was kind of like a scapegoat — kind of like they didn’t want [betting] happening,” Lewis said. “And they couldn’t give a clear cut answer. So they’ll just say, ‘Oh, it’s in violation of the Butler Way.’”

Instead of restricting students, Lewis said administrators should focus on “more important things” like tuition, housing and parking — something other than “trying to enforce something that there’s no way that they can control.”

If students are reported placing bets on Butler sporting events, the policy states that they are “subject to appropriate discipline, up to and including dismissal under the Student Handbook.”

Lewis believes this is too harsh of a punishment.

Butler members had a short five months to legally bet on Butler athletics before the university policy was put in place, effective immediately after the announcement.

Rockwood said this was the right timing.

“We didn’t want to rush things to get something out there,” Rockwood said. “But then again, we didn’t want to wait once we had this fully vetted and discussed and approved — it has been endorsed by our Board of Trustees.”

Rockwood added that while the NCAA Tournament was not a determinant factor in when the policy was announced, it was probably a good thing to establish it before March Madness began.

In terms of tournaments in which Butler teams could possibly participate in, such as March Madness and the Big East Tournament, students are prohibited from betting on the tournament as long as Butler is in. If Butler is eliminated, Butler members can bet on the games because they no longer affect the Bulldogs.

Even casual bets on March Madness — if Butler’s men basketball team is in the tournament — amongst faculty departments or friends groups that involve any monetary value gain or require an entry fee is prohibited. Monetary value could include something like a trophy, wearing the opponent team’s jersey or dinner. Allowed bets should be for bragging rights only.

Rockwood said the policy is an “all or none” situation. They had to decide where to “draw the line” and be consistent with all types of bets.

“It’s tough to distinguish between a large scale bet versus a friendly bet that had a monetary component to it,” Rockwood said. “So to be true to the values of kind of integrity, kind of honesty, had to be applied fairly and equitably across the board.”

Rockwood said students could gain nonpublic information through their interactions with student athletes that could impact the outcome of a competition, such as the health of the athlete.

However, Lewis does not believe students are any more privy to information than people outside of the Butler community.

“There’s so much information that you can look up online from outside…that you can get the full aspect of the game, you know?” Lewis said. “I mean, though, there’ll definitely be rumors, but that’s everywhere.”

“I am pleased that our University’s leadership has taken this important step to live our shared values and protect the integrity of our campus community,” Barry Collier, vice president and director of athletics, said in the announcement.

The Butler athletic department deferred all comments to Rockwood.

Rockwood said he did not want to speak on behalf of the athletic department, but he believes this is a policy that would be viewed favorably by student athletes.

“We also wanted to be proactive from our standpoint at Butler to make sure that we were being proactive and protecting student athletes from situations that could arise in the future as a result of the legalization of betting,” Rockwood said.

He added that it was Collier who brought up the possible issue of betting to the university leadership team.

William Locke, a senior marketing major, said he thinks the policy is a good idea. When he read the email that was sent campus-wide regarding the new policy, he was not surprised.

“I wasn’t surprised because — I wouldn’t say unethical — but there’s a stigma surrounding sports gambling or just gambling in general,” Locke said.

That stigma, Locke said, includes wasting money and being a high risk taker. He does not believe that stigma is true, though.

Locke is from Tennessee, where the state legislature made sports betting legal in April 2019 but Tennesseans still cannot bet until regulations are set.

When Indiana legalized sports betting in May 2019 — effective September 2019 — Locke heard the news from one of his professors and thought he should “hop on that” as a way to potentially make money.

“I only put in money that I am fully expecting to part with, that I’m OK with losing,” Locke said. “I’m not gonna bet money that I need to buy groceries or pay rent. It’s just extra money that I have that I’d be willing to lose.”

Locke does not bet on Butler sports, though, even before the policy was announced.

He places money on games so they are more interesting to watch, games that he does not have to stress about or have a high stake in. With Butler games, though, he has an inherent interest. He doesn’t need the extra stress.

“And I wouldn’t want to bet against Butler,” Locke said.

Since the policy was announced, Locke doesn’t think it’s worth getting in trouble his last semester of senior year anyways.

Lewis said he does not see the big deal about a friendly wager students do with their friends all the time.

“Getting kicked out of school or losing your job over that seems extremely harsh in my eyes,” Lewis said.

If a student is betting on Butler sporting events or student-athletes, reports should be made to Frank Ross, vice president of student affairs. An investigation will follow to determine whether the report is true or not.

“We’ll see,” Ross said regarding whether students will actually report other students. He hopes they will, though, in following the Butler Way.

Locke, however, doubts that method of enforcement will work.

“I don’t see students ratting each other out over it,” Locke said.

Lewis, too, does not believe any student will report a student betting on Butler athletics.

If a student athlete or an athletics staff member bets on a Butler sporting event or team, the report goes to Collier. If staff violates the policy, reports are made to Anila Din, associate vice president of Human Resources. For faculty, reports are made to the dean of the college. For trustees, reports should be made to Jatinder-Bir Sigh Sandhu, chair of the Board of Trustees.