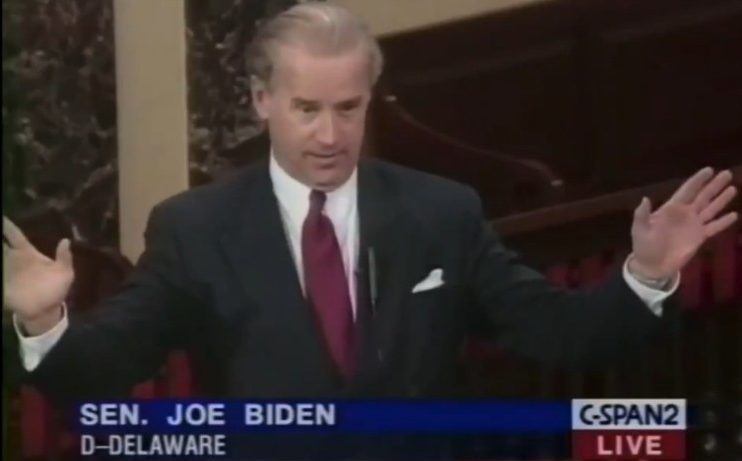 Former Vice President Joe Biden is the embodiment of everything that is wrong with the Democratic Party. His platform is based around riding former President Barack Obama’s coattails in a world that has drastically changed since the Obama administration. His tired and lifeless campaign strategies do nothing to impress voters — especially young ones.

Anyone with a discerning eye can tell that Biden is simply pandering to his audience; throughout his political career, he has not been consistent with his stance on any one issue. He simply flip-flops his opinion to fit the mold of his supporter base. Biden’s platform appeals to those who aren’t ready to make waves; it’s safe.

Biden’s view on marijuana is the very definition of this. He supports moving it to a schedule II drug. This pleases both moderate Republicans and Democrats because it would still stay illegal at the federal level but it would be somewhat decriminalized and facilitate limited expungements for minor possession.

This opinion is in stark contrast to Biden’s previous support of higher sentencing rates for marijuana possession. I would much rather vote for someone that sticks to their guns and has actual conviction than support a waffling people pleaser. Biden is now also claiming that he has never endorsed cuts for social security, even going as far to accuse the Bernie Sanders Campaign of doctoring a video that proves this previous stance.

Biden’s long-term followers believe that he can beat President Donald Trump because he is a moderate that appeals to both Democrats and Republicans. I disagree. A moderate will not get people out to the polls, nor will he appeal to underrepresented voter demographics.

Low turnout of the African American voter base was integral in presidential candidate Hillary Clinton’s 2016 loss to Trump — only 12% of the electorate was black in contrast with the 2012 election’s 13 %. Although this decrease seems small, Clinton was also only able to secure 88% of black voters compared to Obama’s 93%.

While Biden is intent on maintaining his dated election strategy, Sanders’ campaign has worked to expand his voter base. This has been particularly successful within the Latino community. Grassroots events like Tamales for Tío Bernie have given Latino voters and non-voters alike a reason to get out to the primaries.

Although age is just a number, Biden certainly acts his. Constantly, we see glimpses of racially-charged messages and misogynistic undertones. In a 2019 debate in response to a question regarding slavery Biden stated “make sure you have the record player on at night,” heavily implying that black families are responsible for the achievement gap.

I realize that “cancel culture” — a boycott of an individual over something problematic said in the past — is something inherently flawed, but it’s difficult to look back at Biden’s past messages on social justice issues and not be left with a bad taste in your mouth.

In addition, Biden has consistently over-exaggerated his role in the Civil Rights movement. He has gone from saying that “he was not out marching” to stating that “he got involved in the Civil Rights movement as a kid.” In reality, he was a proponent of a Dixiecrat-led charge to prevent bussing children from suburbs to cities to integrate public schools.

More recently, Biden’s treatment of girls and women has drawn scrutiny. His actions are reminiscent of a time that most women don’t wish to return to, a time in which women were treated as objects — at least more than they are today.

Biden’s complete disregard for personal space is concerning, but his comments about young girls are even more so. His creepy uncle Joe reputation has definitely been earned, between inappropriate touching of women and his repeated statements about how attractive young girls are.

In a non-isolated incident, he recently called a 10-year-old girl “good looking” at a campaign rally. This blatant and unacceptable sexualization of a young girl is evocative of his old-school beliefs. It is difficult to see a candidate lambast Trump for his treatment of women only to turn around and do something similar.

This is the first presidential election I will be able to vote in, and I wholeheartedly plan on voting Democrat. Don’t get me wrong, Biden is miles better than Trump, but he is by no means my first choice. Voting for Biden would be as useful as rearranging deck chairs on the Titanic. No matter who you support, however, please just vote. Although your vote may seem insignificant, it is the collective vote that matters, and we are stronger together. The Indiana presidential primaries are on May 5, so please get out and vote or else I’m going to have to vote for Joe.

And please don’t make me vote for Joe Biden.