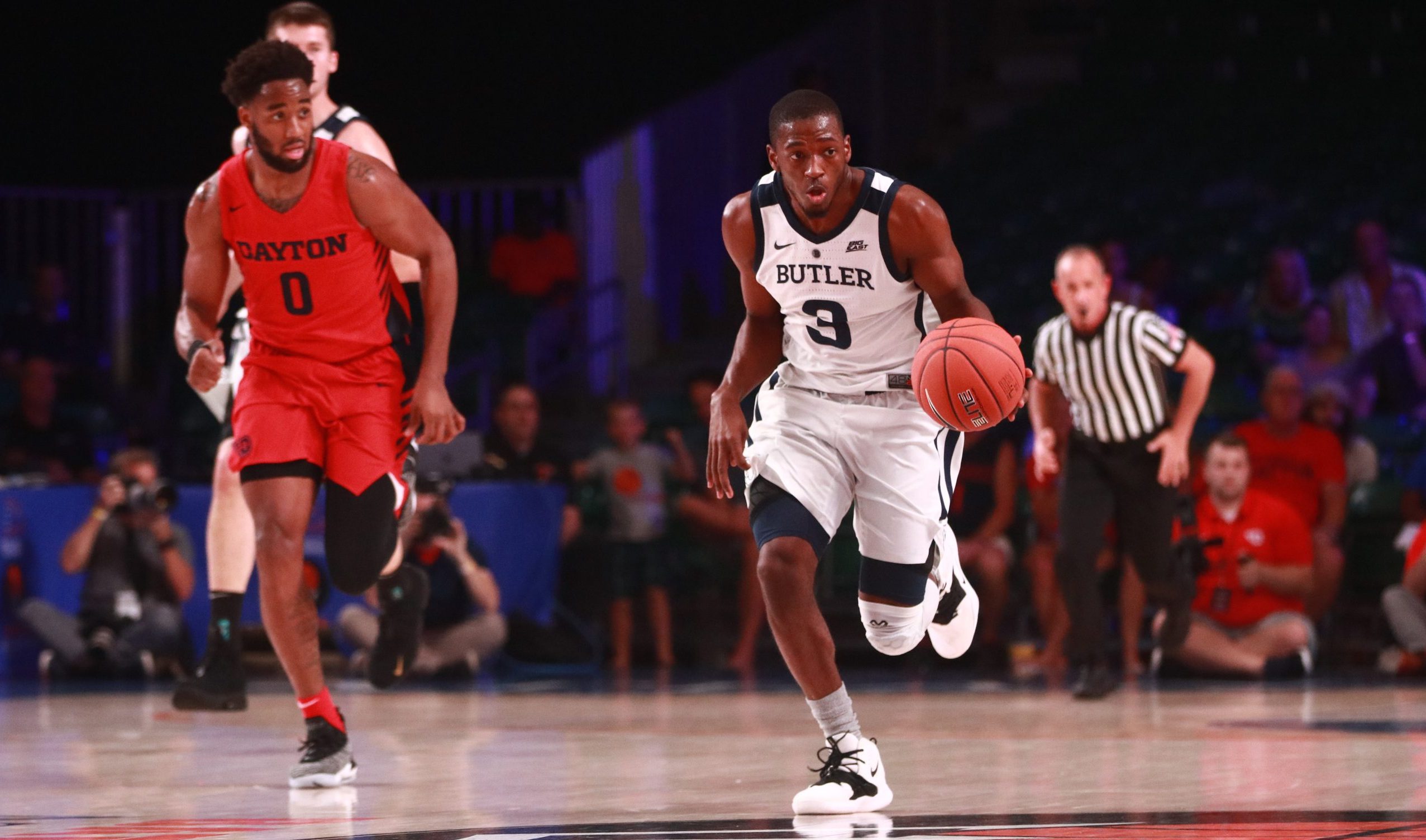 At the turn of the decade for the 2010s, Butler competed in the Horizon League and was not nearly a household name for most prospective students. Two national championship appearances, two conferences removed and four Big East crowns — one regular season, three conference tournaments — later, prospective students now know where Butler is and what it is about.

With undoubtedly the most successful decade in school history behind them, Butler will look to reach even greater heights in the ‘20s. Here are three predictions for what’s in store for the Bulldogs, ranging from very realistic to far-fetched.

Butler will protect its coaches from high major poachers

As a consequence of Butler’s major success in the 2010s, the big public schools and the NBA came and stole the coaches away, forcing the program to reload with new coaches and rebuild relationships with current players and recruits. As I look ahead to the ‘20s, it’s not that I think Butler does not have coaches worth stealing, in fact the opposite. Men’s basketball’s LaVall Jordan, women’s basketball’s Kurt Godlevske and men’s soccer’s Paul Snape, among others, have received recognition across the league and the country for setting up quality programs.

As far as men’s basketball goes, the biggest threat to taking Jordan was Michigan, where he helped them reach a national title game as an assistant. In a weird way, it was fortunate that Butler had not enjoyed too much success with Jordan that Michigan overlooked him when hiring the successor to John Beilein. The Wolverines went with former Fab 5 member Juwan Howard and will probably hold on to him for a while if his strong start continues, keeping Jordan cemented in Hinkle for the time being.

Another reason Butler will be able to lock up its best coaches for the long run is because of their increasing revenue made from the Big East. As the Big East’s 12-year, $500 million TV deal expires — much more on that later — I predict the league will strike a new deal which will net Butler all sorts of extra revenue. This will allow Butler to budget more for their coaches, making it harder for them to justify jumping ship somewhere else. However, to say they have caught up to the other conference would be foolish too.

The SEC, for example, has two TV deals with CBS and ESPN. Their combined contracts bring the conference over $3 billion over the next 15 years. Yes, that’s a “b.” Welcome to the revenue brought on by college football. So, while the Big East is making good strides, they are not close to being the head of the table.

One team will win the Big East championship and come ever so close, again, to a national championship

To begin the decade, the men’s basketball team had two chances to be the team to cut down the nets at the Final Four, but came up just short. It took some getting used to the level of Big East competition in the middle of the decade, but some teams were already looking to compete with the class of the conference by the end of the decade. I predict that success to continue into the ‘20s with multiple teams vying for league titles.

When it comes to postseason success, men’s basketball made a trip to the Sweet 16 as part of the Big East, men’s and women’s soccer also came up with multiple wins in the big dance and cross country competed at the highest level. However, the first national championship in the modern era escaped the Bulldogs. I expect one team to have such a special season that they are right in the mix to be the last team standing come the end of the season, but come up just short. Whether they lose in the national semifinal or championship is yet to be seen, but I think a national title will just evade Butler’s reach this decade. However, significant progress will be made towards reaching the pinnacle of college sports in the decades to follow.

Bulldogs will welcome new conference foes to the Big East

The move from the Atlantic 10 has proven to be a huge success for Butler, as it has increased national exposure across all of the sports programs. However, change is on the horizon. The league will add the University of Connecticut to the mix, breaking the mold that only private universities make up the conference. This opens up the possibility to expand, and with a TV deal with Fox expiring in 2025, the Big East could be in a prime position to cash out.

UConn brings the league to 11 teams; I predict the Big East will move up to 14 teams, mirroring the way the Big Ten plays its conference games. As a result, the conference will opt for a 20-game schedule with some teams playing once in the regular season.

Before getting started, Big East fans would love to see Gonzaga in this list. However, In the efforts of realism, we’re not going to consider adding the Bulldogs from Spokane, Washington. While they fit the Big East mold perfectly, they make no sense geographically, making each team hit up Creighton on the way there or on the way back. It’s a scheduling nightmare.

Personally, Dayton is the first obvious choice to join the league. The Flyers are having a great season this year, but even past that they have a great history as a basketball school. Dayton also fits the private, Catholic mold the new Big East has formed for itself. One issue is that Dayton is dangerously close to Xavier and does not have a big TV market, but I think that only spurs rivalries between the nearby Musketeers to rival any in the conference.

Realistically, the Big East would stop there, but I am going to go all out to imagine a new look for the Big East. A close runner-up to Dayton is Saint Louis University. It covers a large TV market not yet covered by the league, and although the Billikens have not had immense success on the hardwood, they do have history there. The concerns include taking the Big East too far west, but their alumni network, TV market and facilities put them ahead of other competitors.

With 13 teams, the Big East would be looking to fill one more spot. Fortunately for the Big East, there are three teams that have a solid resume: Davidson, VCU and Wichita State. We’ll play process-of-elimination for this one. First of all, let’s knock off Wichita State. Yes, they have incredible success, but we’re starting to think the public school rule was an exception for UConn because of their Big East success. Also, Wichita is even further west than Creighton and is not as big of a TV market as one would think. This leaves Davidson and VCU.

VCU is an interesting case. They have also had great success in basketball, but there are a few things that will hinder them. Like Wichita State, VCU is a public university with not a huge market to help the Big East overlook that fact. While Davidson is smaller than any current Big East schools, the “Big East effect” could be great for the school and would be a great opportunity for the Big East to expand into North Carolina and the rest of the southeast. This would give the league the key to the recruiting pipeline in Carolina that has historically been hoarded by the ACC and its premier universities. And despite being over a decade removed from some guy that played there named Steph Curry, they have been able to stay relevant on the national scene and would add value to the conference.

While the Big East claims it doesn’t want to expand, they would be foolish to pass on the extra money that comes with locking down those major U.S. cities. This would happen all while upholding the integrity of the conference in terms of similarity between the schools, but also the value of their athletic programs. The “basketball-only conference” could get a chance for its other sports to flex its muscle on a national scale with these additions.

A preview of the conference could be as follows. Stars and stripes, not east and west, because that would be dumb:

In short, the 2010s were very, very good for Butler Athletics. The amount of national exposure that leads to Butler being at the front of prospective students’ minds is unfathomable. Who knows what Butler would look like without the success they’ve enjoyed over the last ten years. Crazy to say, but I predict the best is yet to come for Butler. Athletic director Barry Collier and the rest of the coaches, staff and administration have set up these programs to be successful for a long, long time.