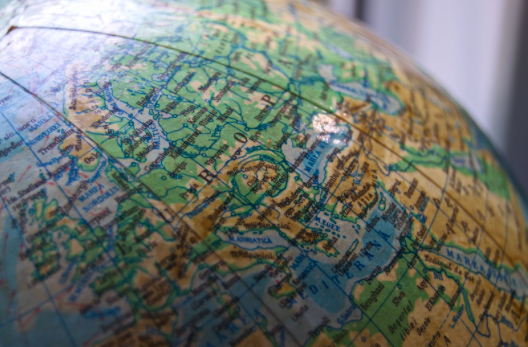 “What I knew is that I wanted to live with languages, because I just love them so much.”

Lucchi-Riester has studied far and wide to obtain mastery of these languages. Her studies took her from Italy to Ireland, France, the U.S. and Spain — in each place learning to speak like a local.

Though she did not know she wanted to teach, Lucchi-Riester knew she did not want to set her languages aside. She moved from Italy to Indiana with her husband, and when he wanted to show her around his alma mater, Butler, she inquired about a position.

At the time, Butler had an Italian program, in which she promptly landed a job. As an adjunct professor, she taught Italian language classes and developed an Italian minor program.

However, the university cut the Italian program in 2013.

Luckily, Lucchi-Riester’s skill in other languages kept her at Butler. Because she had her master’s degree to teach Spanish as a foreign language, she then assumed a position in the Spanish department, where she remains today. She has taught at Butler for the last 18 years.

While Lucchi-Riester has taught the basic 200-level and 300-level Spanish courses, she has bigger plans.

This semester, she is trying out a course she designed herself, SP322: Spanish-English Translation for Linguistic and Cultural Awareness. Her students are working with the EPICS — Engineering Projects in Community Service — program at Butler to create Spanish translations for websites or apps used by nonprofit organizations.

“Most nonprofits asked for a Spanish interface,” Lucchi-Riester said. “With this translation course I reached out to the professor and said ‘hey, can we be your reference point to create this Spanish interface for that,’ which becomes the students’ final project.”

Translation is one of Lucchi-Riester’s passions. She volunteers in Carmel on a regular basis providing translation services. This past weekend, she and her family travelled to Anderson, Indiana to serve a community in need — providing clothes, shoes and appliances, among other things.

While her kids helped with the hands-on work, their mom did the translating. Lucchi-Riester has also volunteered with the Merciful Health Center, the Trinity Free Clinic and the Gabriel Pantry, all located in Carmel.

“The more languages I speak, the more people I can help,” Lucchi-Riester said. “I cannot stay away from volunteer work.”

To add to all that, she is also a certified medical interpreter. When I asked her what the hardest part of interpreting is, she said staying detached.

“I was interpreting once on the phone and this lady was describing her situation with her family,” Lucchi-Riester said. “And it was heartbreaking, but you have to keep interpreting. And so it was not a matter of language difficulty, but how you need to stay supposedly detached. Because you are a conduit. You are the third party to allow for communication to happen.”

Lucchi-Riester has always wanted to be in on the action. She remembers the moment when she first saw the power of language. She was young and in her home in Italy. Her mother Ivana spoke both Italian and a northern dialect of Italian, but Lucchi-Riester grew up knowing both.

“The neighbor, a friend of ours, was in our kitchen,” Lucchi-Riester said. “My mom turns around and speaks to me in dialect. I don’t know that it’s dialect, I don’t conceptualize that. Monica, the name of this other friend, she said, ‘Ivana, what did you say?’ And that clicked for me.”

Lucchi-Riester said this was the first time she realized that language could be exclusionary. It was then that she realized she did not want to be cut out.

“I don’t care for barriers,” Lucchi-Riester said. “I like to remove barriers so the best way to do this is to learn other languages.”

Another part of her motivation for breaking these barriers is, conversely, to avoid translation. Lucchi-Riester has a passion for British literature, and she wanted to read it in its original form. Now, she loves reading Byron, Keats, Shelley, Wordsworth and especially Wilde’s “The Picture of Dorian Gray” and “The Importance of Being Earnest.” All in English, of course.

To continue reading literature in its original language, Lucchi-Riester wants to learn Russian. I commented that Russian seems like a hard language to learn.

After Russian, she aims to master International Sign Language, Greek and German. The German, though, is purely for the sound.

“I need to know, I crave for learning, I crave for information, I crave for reasons,” Lucchi-Riester said. “There’s a reason behind grammars. It’s very logical.”

The difficulty of learning a new language, a new alphabet or new sounds is not an issue for Lucchi-Riester. For her, language is the entry point to a culture, a people and a way of life she wants to experience first-hand.

“I want to see with your eyes,” Lucchi-Riester said. “How you experience it, how you live it, how it feels on your skin.”

So, she plans her trips around her friends’ schedules. Though travelling is one of her greatest passions, she will not go to their native homelands until they are planning to go as well. The authenticity of the experience, rather than the pictures, drives her desire to travel.

As someone whose goal is bilingualism, I was inspired by Lucchi-Riester’s passion for language. She put to words what I could not — living with language is something I aspire to do also.

While in the classroom, it can be hard to view language and culture as parts of the same whole. However, Lucchi-Riester showed me that language is not just a frustrating and complex set of rules, but rather it serves as the entry point to other modes of living. If we are half as noble as her, we also might use language to live authentically as citizens of the world.