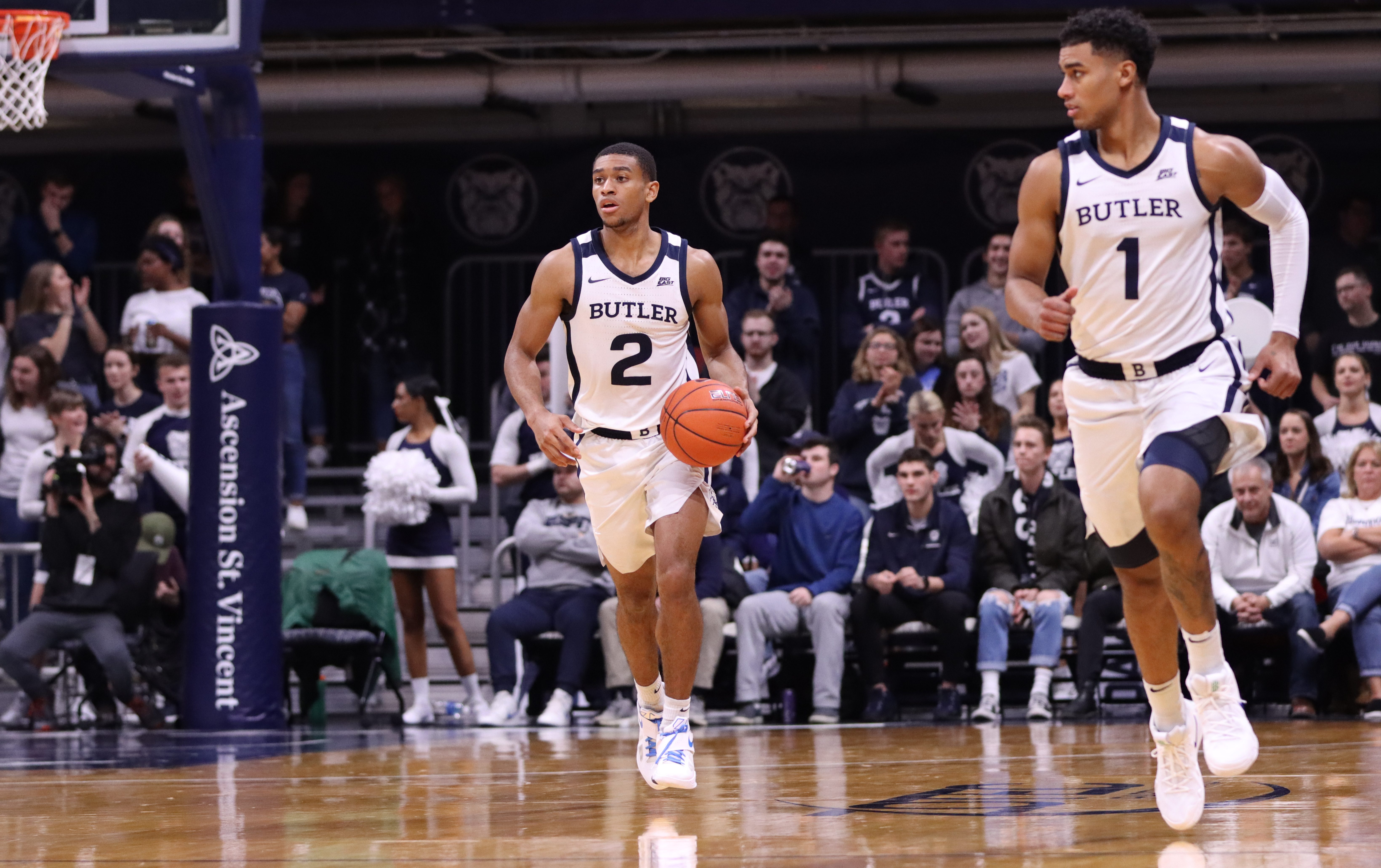 On Jan. 13, the Butler men’s basketball team had kicked off conference play with three straight wins to climb to fifth in the nation in the two major polls. Less than two weeks later, the Bulldogs are sixth, not in the nation, but in the Big East standings, after three consecutive losses. Following two road contests, at DePaul and No. 9 Villanova, Butler returns to Hinkle Fieldhouse to host the Marquette Golden Eagles on Friday night.

The Bulldogs will be without junior forward Christian David, who tore the ACL in his left knee against Villanova and will be sidelined for the remainder of the season. A key piece off the bench, particularly on defense, David was averaging 2.6 points, 1.8 rebounds, and 13.2 minutes per game for Butler. In his absence, freshman Khalif Battle and senior Henry Baddley figure to take on slightly increased roles.

Marquette, meanwhile, is playing roughly as expected this season after being picked by Big East coaches to finish fourth in the conference, along with Providence. The Golden Eagles posted a 10-2 record in nonconference play, falling to Wisconsin and then-fifth-ranked Maryland but not picking up any particularly impressive wins.

Marquette dropped three of its first four conference games, but has since won three straight, including a 14-point home victory over St. John’s in its most recent game. As of Jan. 23, the Golden Eagles were 28th in the NET rankings and 32nd at KenPom.

Here’s everything you need to know as the Bulldogs prepare to take on the Golden Eagles – and unveil their new mascot to their fans – on Friday night:

Similar to previous Marquette teams with Markus Howard, the Golden Eagles can score in bunches and rely on the senior guard taking a lot of shots. The nation’s leading scorer, Howard is averaging 28.4 points per game, and that number jumps to nearly 32 in conference play. Howard has scored 30 or more points in four of Marquette’s seven conference contests, and only once come short of 27 points. Howard is a near lock for 25+ points, but the Golden Eagles have lost games in which he’s scored 39 and 27 points, respectively. It’s their supporting cast that’s made a major impact on wins and losses.

Simply put, Markus Howard is likely going to do his thing, but the Bulldogs need to prevent the Golden Eagles’ secondary scorers, such as redshirt senior guard/forward Sacar Anim and redshirt junior guard Koby McEwen, from having big games, something they couldn’t do against Seton Hall.

In the Bulldogs’ three-game skid, Kamar Baldwin is averaging nearly 19 points per game, but no other Butler player is averaging more than 12. Jordan Tucker has performed well off the bench, but Sean McDermott is in a shooting slump and other players haven’t step up offensively. Against a Marquette team second in Big East in points per game with 76, Butler is likely going to need substantial offensive contributions from multiple players to pick up a victory.

In the Bulldogs’ last three games, opponents have scored 21, 25 and 21 points, respectively, from the charity stripe, the three highest totals against Butler this season. In that stretch, opponents have scored just shy of 30% of their points from the free-throw line. Butler has been fouling jump shooters far too often and sticking an arm or leg in for sloppy fouls when losing a man or late to a spot.

And like Villanova, Marquette is a team that shoots well from the line. The Golden Eagles are 12th in the country in free throws made. They’ve taken the second-most free throws of any Big East team in conference play, and have knocked them down at the second-highest rate – 78%, behind only Villanova. Butler needs to do a better job of defending without fouling. If they send their opponent to the free-throw line for more than 20 shots again, given Marquette’s offense, things could get ugly.

Marquette is one of the best 3-point shooting teams in the country. The Golden Eagles are averaging 10 triples per game and their season mark of nearly 40% from beyond the arc is tops in the Big East and ninth nationally. It’s that ability that’s helped enable Marquette to go on big runs and make up ground in a hurry at times this season.

Butler opponents have converted just 28.4% of their 3-point attempts this season, which is the 17th-best mark in the country. Each of the Bulldogs’ last two opponents, though, have shot 36% or better from beyond the arc. At DePaul, Butler gave up a season-worst 10 threes at a near 60% clip. At Villanova, that number was 36%.

Just like Markus Howard is likely to score 25+ points, the Golden Eagles are likely to knock down plenty of 3-pointers as a team. But the Bulldogs cannot allow Marquette to take open threes. Marquette’s undoubtedly a top 50 team, but their M.O. is pretty consistent. It’ll be up to Butler to counter effectively.