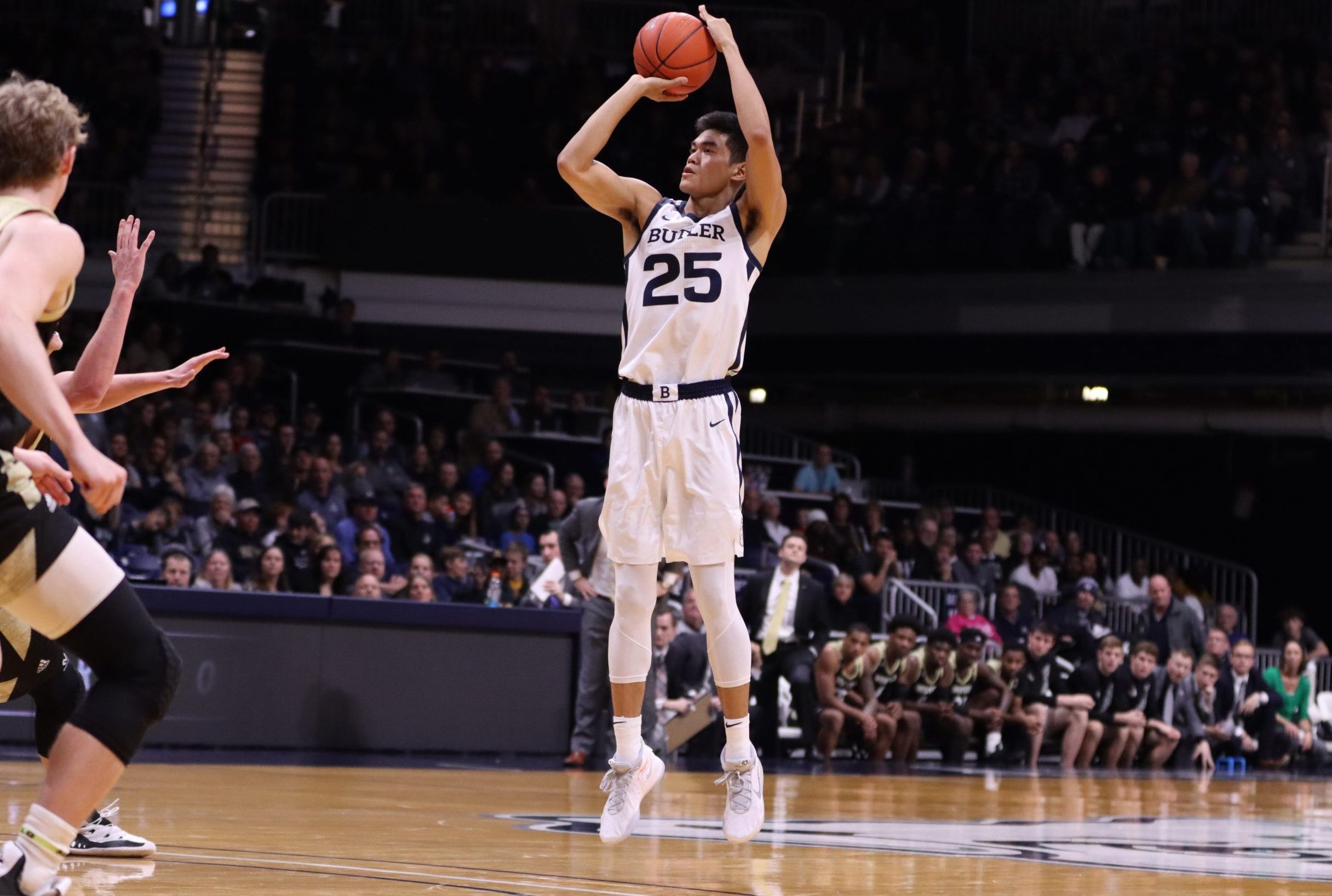 Butler junior forward Christian David takes a shot against Wofford on Nov. 16. David will miss the remainder of the season due to a torn ACL. Chandler Hart / Collegian file photo.

On Jan. 22, the Butler men’s basketball team announced that Christian David suffered a torn ACL in his left knee during the first half of Butler’s loss at Villanova on Jan. 21.

Surgery for the junior forward from Milton, Ontario, will be scheduled soon, and he will be out for the season.

Christian David is out for the remainder of the 2019-20 season after tearing the ACL in his left knee during Tuesday night’s game at Villanova. Surgery for the junior forward will be scheduled soon. #GetWellSoonCD pic.twitter.com/9HWmIARM6o

This is not the first time David has suffered a knee injury. His junior season at Vermont Academy ended with a knee injury in the New England Class AA semifinals in March 2016.

David, a 6-foot, 6-inch forward, was averaging 2.6 points and 1.8 rebounds for the Bulldogs this season. He was shooting 39% from the field and 26% from beyond the arc, but knocked down one of the biggest shots of the season that lifted Butler over St. John’s in its first Big East Game of the season. After missing the first two games due to a concussion he suffered in practice, David played in every game for the Bulldogs, averaging 13.2 minutes per contest.

Our hearts hurt for Christian. He has grown so much & made so many strides. His impact this season can’t be overstated! So much respect for him. We know he’s #BulldogTough and he’ll work to come back even stronger from this. ???? #NextManUp https://t.co/jrz9hCg49P

His best game of the season came on the road at Ole Miss. David scored eight points on 3-of-6 shooting and pulled down five rebounds.